Porsche has expanded its vast line-up of 911 sports cars with a new limited-edition model that pays tribute to the rich history of the German marque. The 2023 Porsche 911 Sport Classic is what you get the Stuttgart-based manufacturer finally decides to listen to its patron and build them their dream 911. The limited-run Sport Classic is a Turbo S with a manual gearbox, rear-wheel-drive, and uncomplicated aero elements that don’t disturb the flowing lines of the 911. That’s the perfect recipe for a modern grand tourer; I can already see it becoming one of the most sought-after collectors’ cars. 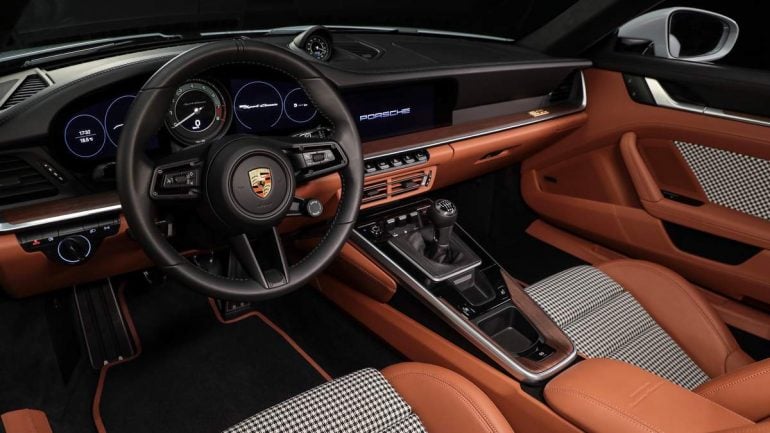 The current Porsche 911 Turbo S comes exclusively with all-wheel drive and an eight-speed dual-clutch automatic transmission, which are good for lap times and comfortable driving. However, they kill the driver engagement and thrill – qualities that made 911 one of the most iconic automobiles ever made. The limited-production 911 Sport Classic swaps out both of them in favor of the long-forbidden rear-wheel-drive and 7-speed manual transmission. To fit in the manual gearbox, Porsche had to detune the 3.7-liter twin-turbo flat-six that makes 543 horsepower and 442 pound-feet of torque in the Sport Classic. That is significantly less than the 640 horsepower and 590 pound-feet of torque found in the Turbo S. 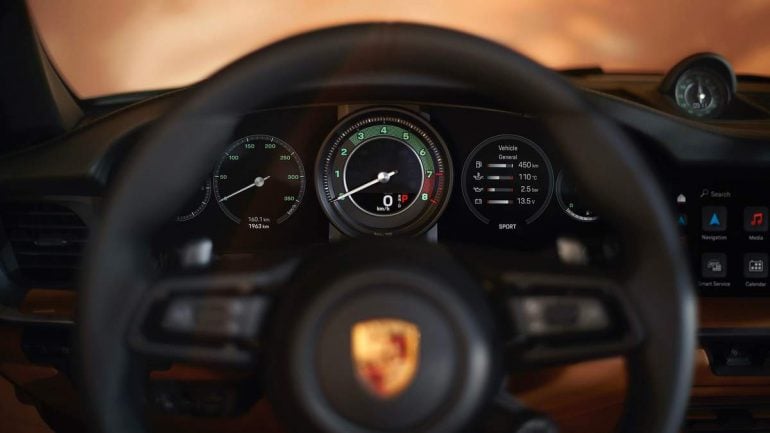 Beyond the mechanical changes, Porsche gave the 911 Sport Classic a ton of bespoke design elements, both inside and outside, to help it stand out from the rest of the line-up. Starting with the exterior, the retro-themed special touches include a cool ducktail spoiler inspired by the one found on the 1972-73 911 Carrera RS 2.7. The air intake cutouts in the rear fenders have also been removed in the favor of perfectly smooth and flowing hips, which required significant engineering work. It channels additional air into its engine bay by way of ducts mounted under the rear spoiler The double-bubble roof is a callback to the 997-era Sport Classic, while the gold badging on the rear intake grille pays homage to the legendary Porsche 356. Even the exterior paint is heritage-inspired and harks back to the Fashion Gray paint scheme, a color first used on the 356. The modern interpretation of classic Fuchs wheels and cool graphics round out the exterior treatment. 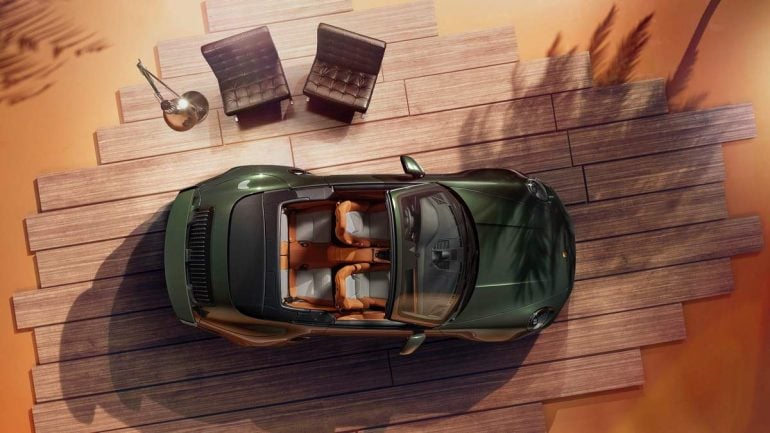 Inside the cabin, the Sport Classic is upholstered in semi-aniline leather, which has been used for the first time since the 918 Spyder. The seat centers and door panels are wrapped in Pepita cloth upholstery which along with wood trim is meant as a callback to the 1960s and 1970s. The analog tachometer is also retro-styled which includes white needles set against faces with green numerals and accents, while you’ll also notice classic Porsche badges. Only 1250 examples of the 2023 Porsche 911 Sport Classic will be made Porsche says the deliveries will begin by the end of 2022 in the US. The pricing is yet to be announced, however. 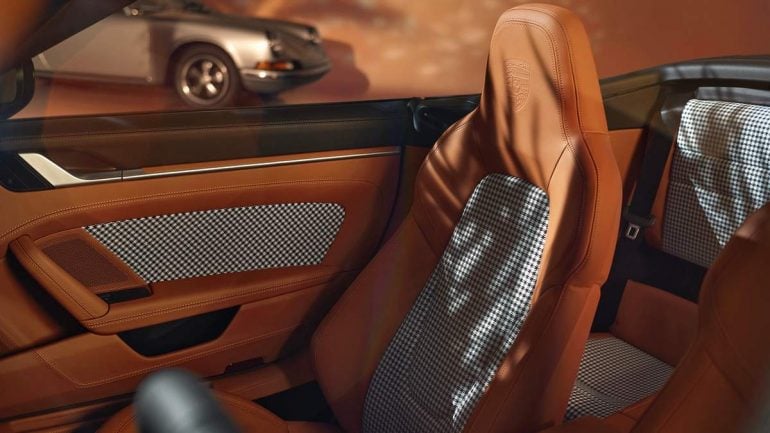 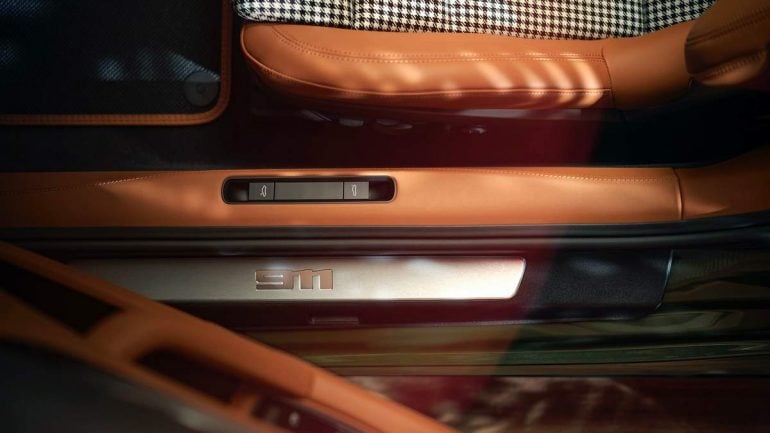 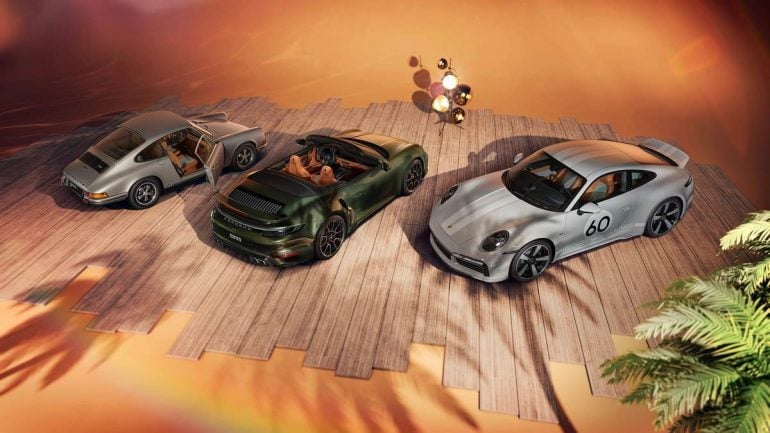 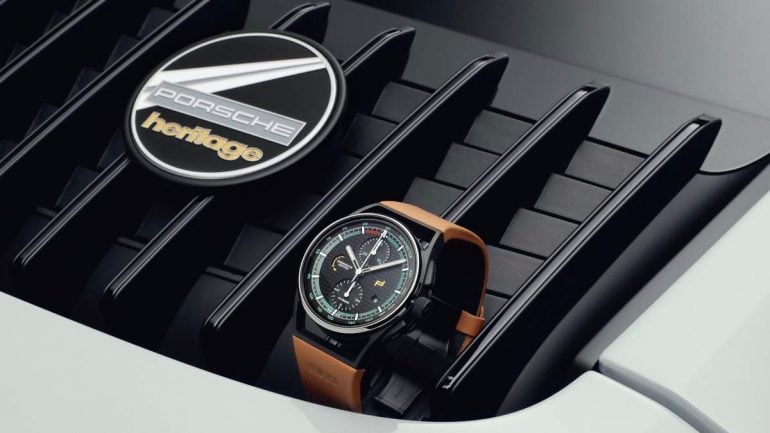 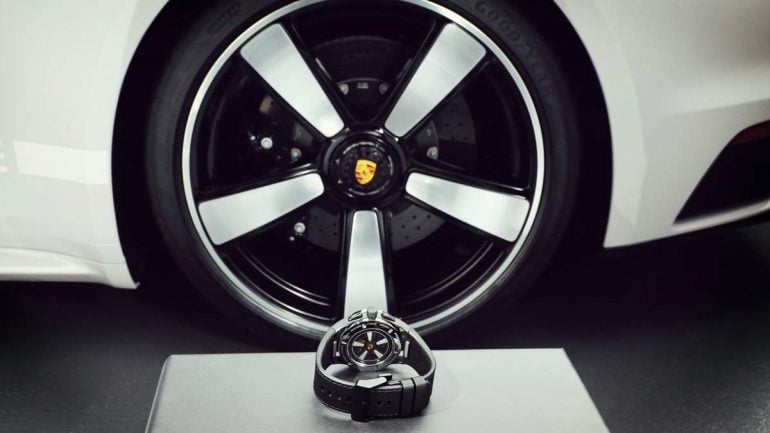 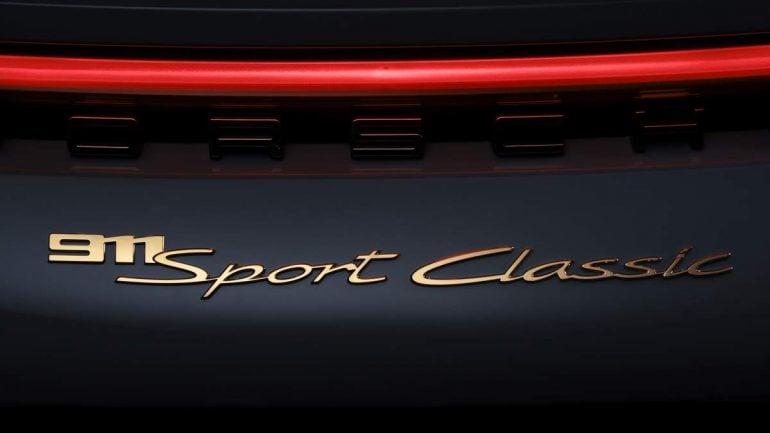 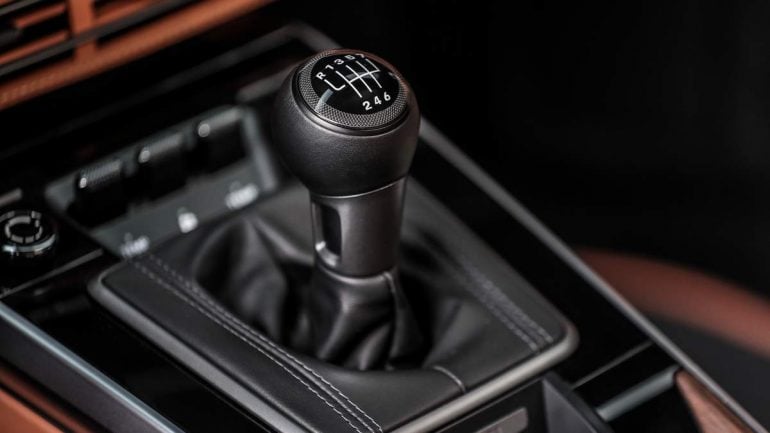 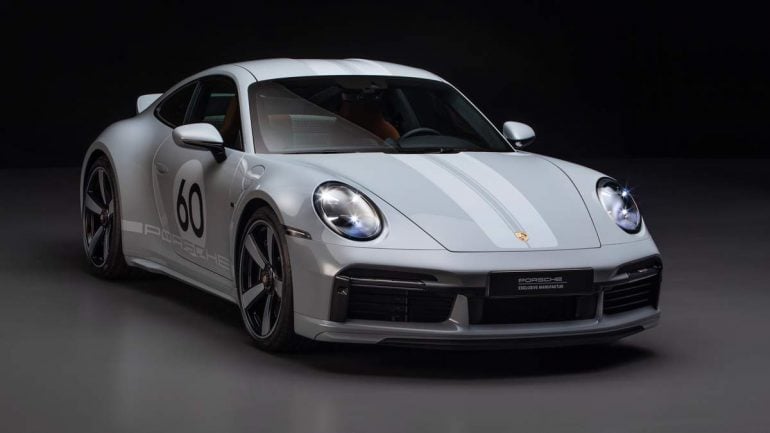 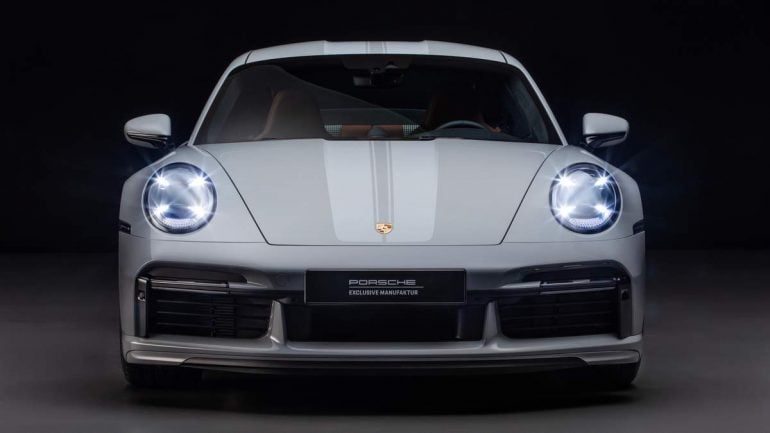 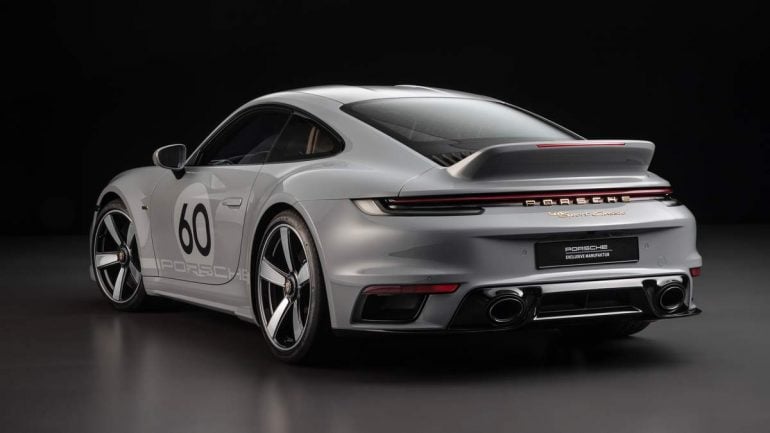 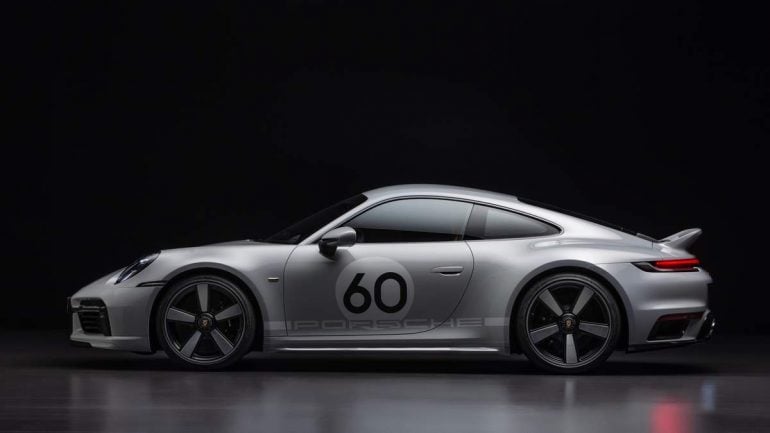 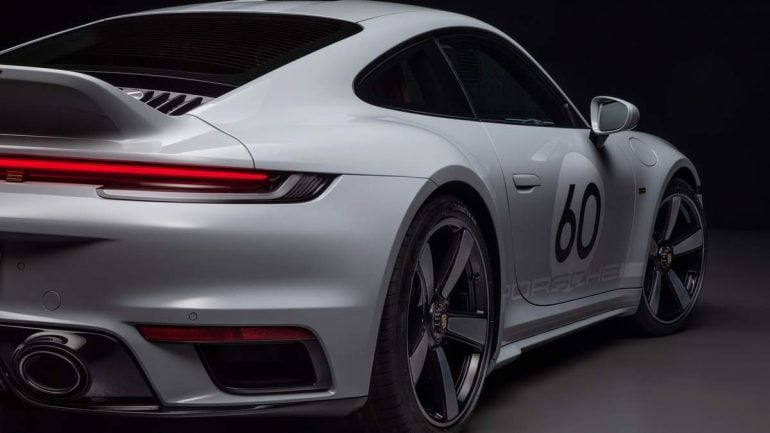 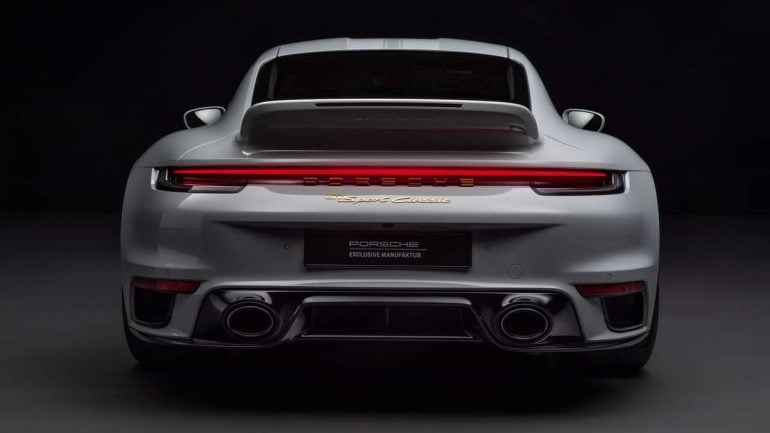 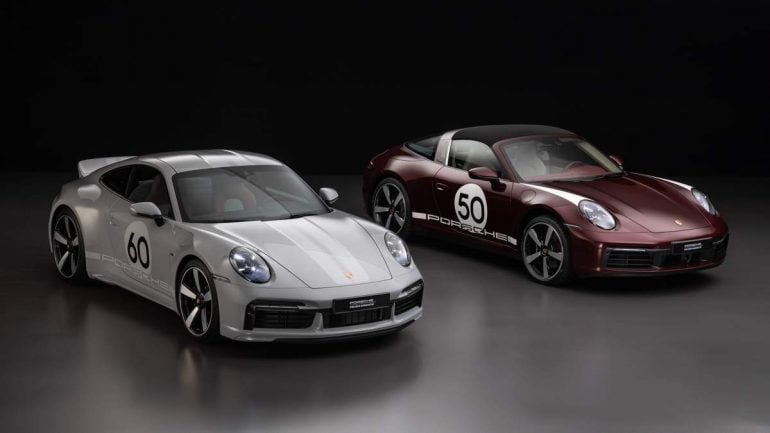