After months of teaser pics and leaked performance figures, the sixth-gen Camaro was finally revealed at the Belle Isle racetrack last week. The 2016 Camaro might not appear much different from the outgoing model, at least from the outside; but don’t be fooled. Chevy has overhauled its muscle car from ground up to make it a much better package than before. In fact, we believe the new Camaro is loaded with amazing new features that will make its fans very happy. Here are the top 8 features for the 2016 Chevrolet Camaro that will help it to put up a strong challenge against the newly restyled Mustang.

8. All-new platform for the all-new muscle car
The sixth-generation Chevrolet Camaro uses GM’s Alpha platform, the same rear-wheel-drive platform used under Cadillac’s ATS and CTS. The module is 28 percent stiffer than the outgoing model all the while being significantly lighter. The new Camaro is also slightly smaller than the outgoing model; the wheelbase is 1.6-inch shorter and there is a 2.3-inch reduction in overall vehicle length. 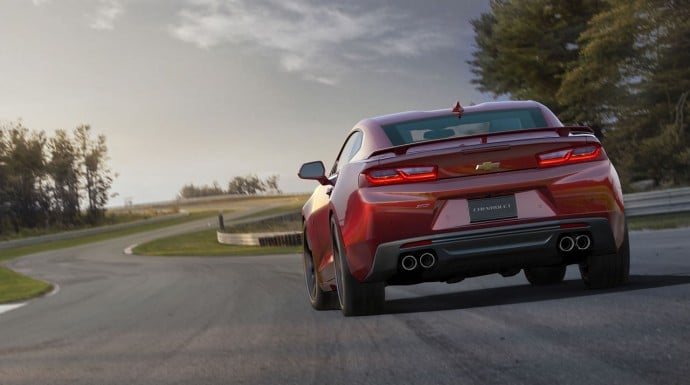 7. Sixth-gen Chevy Camaro went on a serious weight-loss diet
As mentioned before, the new Camaro uses a new platform, which is not only stiffer but also quite a bit lighter. It addition to it, Chevrolet has adopted an aluminum-intensive construction, including the use of aluminum suspension components, for the 2016 Camaro to shed excess weight. All the different weight-saving measures have resulted in a significant drop of 200lbs. 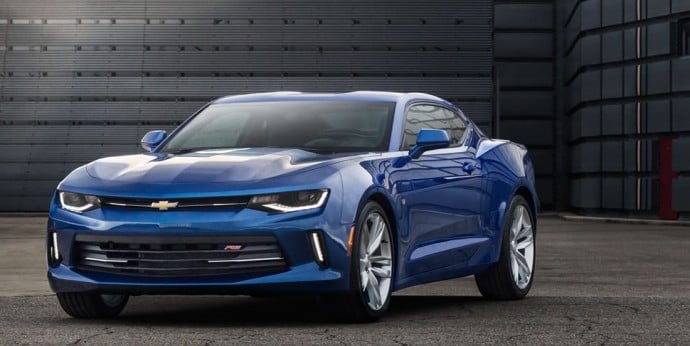 6. Instantly recognizable exterior gets an appealing redesign
As expected, Chevrolet didn’t go for a revolutionary design change for the 2016 Camaro. Instead, the automaker has given it an evolutionary facelift, which is rather appealing, especially the rear side of the car. The revised exterior design gives it a much cleaner and sleeker shape. Chevrolet has in fact revised every exterior panel to make it more aerodynamic. The automaker says that the 2016 Camaro spent a total of 350 hours being fine-tuned in the wind tunnel. The new car is also two inches shorter and an inch wider, which makes it look sportier. 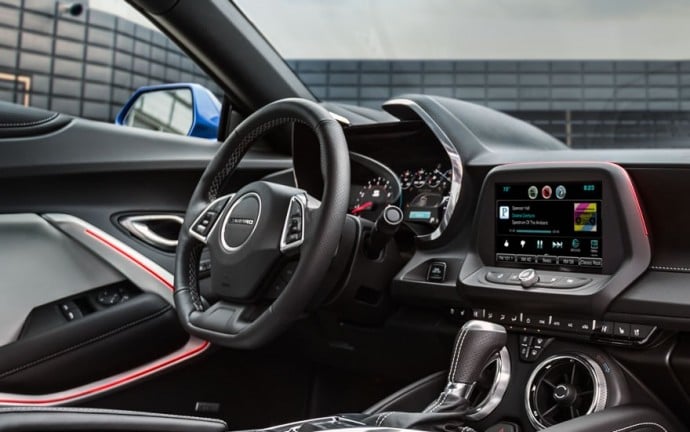 5. Significantly new and driver-friendly interior design
Some of the best improvements in the 2016 Camaro can be found inside the cabin. While the exterior design has retained the original flavor, the interior of the new Camaro has been completely overhauled. The outgoing models cabin was subpar as compared to its competition; however, the Chevy has got rid of most of the undesirable aspects with the new Camaro. Most of the cheap plastics in the cabin have been done away with and the new layout of the controls and materials used are significantly better than before. A more effective, user-friendly gauge cluster and innovative controls for the ventilation system give the dash a clean layout. All in all, the new modern interior of the Camaro has transformed it into a top quality product. 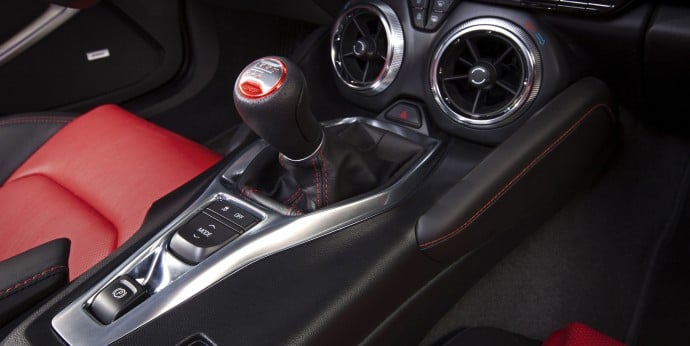 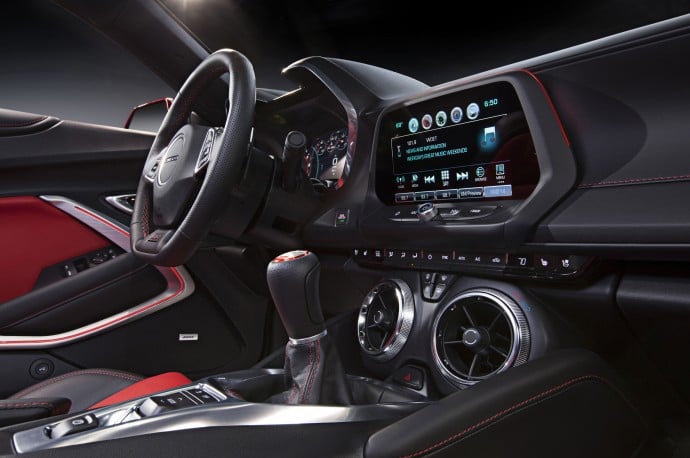 2. New-improved manual gearbox and added gears in the auto-box
The outgoing Camaro’s manual gearbox was one of its worst features. The new 2016 Chevrolet Camaro comes with an all-new, improved manual gearbox that’s a lot more smoother than the previous generation. This makes it stack-up much better against its archrival, the Mustang. On the other hand, the 6-speed automatic has been replaced by an 8-speed Hydra-Matic across the Camaro range. Those extra two gears improve the 0-60 mph times, and provides a boost to fuel economy.

1. New engine options under the hood
The base variant of the 2016 Chevrolet Camaro comes with its first turbocharged engine, a 2.0-liter 4-cylinder making 275 horsepower and 295 pound-feet of torque. According to Chevrolet, the turbocharged four-cylinder Camaro is capable of going from zero-to-60 mph in “well under 6 seconds” while delivering more than 30 highway mpg. For those who don’t care much about frugality, the new Camaro now comes with a brand-new direct-injected, 3.6-liter V6 engine as a mid-grade powerplant. The engine uses variable valve timing to churn out 335 horsepower and 284 pound-feet of torque – the highest output for an engine of that size in the segment. However, if you have your eyes set on the range-topping SS model, the new Camaro in its SS trim comes with its most powerful V8 ever. The 6.2-liter direct-injected engine makes 455 horsepower and 455 pound-feet of torque.