Back in 2017, WWE wrestler and Hollywood actor John Cena was sued by Ford for selling his Ford GT barely a month after taking delivery of the supercar. The automaker had in fact put up a very stringent application process for its flagship car and made all its buyers sign an agreement that restricted them from selling the car within 2 years of taking delivery. Ford didn’t want people to flip the GT for a quick profit, spoiling the halo car’s image. Although the Blue Oval reached a settlement with the wrestler, the early examples of the Ford GT have started reaching the used market legally. The latest Ford GT to be put up on sale is a very special one and it has barely been used with only 204 miles on the odometer, making it virtually brand new. This particular 2017 Ford GT belongs to a man to led the team of designers responsible for the supercar. Moray Callum is Ford vice president of design and was given the incredibly difficult task in 2013 of overlooking the project. 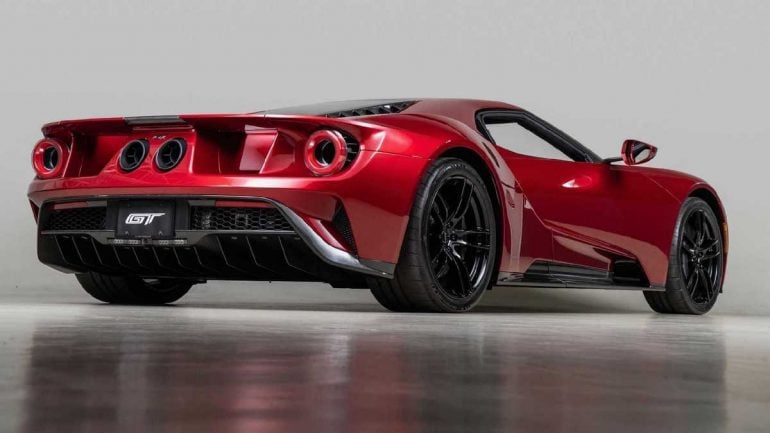 The 2017 model is finished in a stunning Liquid Red Metallic paint on the outside complemented with the automaker’s Re-Entry interior package. The cabin is decked out in fine white leather and the supercar is in showroom condition. It has been put up on sale by Canepa for an undisclosed amount, but we expect it to fetch more than its $500,000 sticker price. The new Ford GT was created by the automaker to celebrate the 50th anniversary of its legendary first win at Le Mans in 1966, where the original GT40 racecar ran to a 1-2-3 runaway finish. Ford wanted to pay tribute to the original GT 40 by returning to France a registering a win at the 2016 24 Hours of Le Mans; and they were able to achieve that. Only 1350 examples have been planned for production and all of them have already been spoken for. The flagship supercar is powered by Ford’s 3.5-liter V6 EcoBoost engine that produces 647 horsepower and 550 lb-ft of torque. 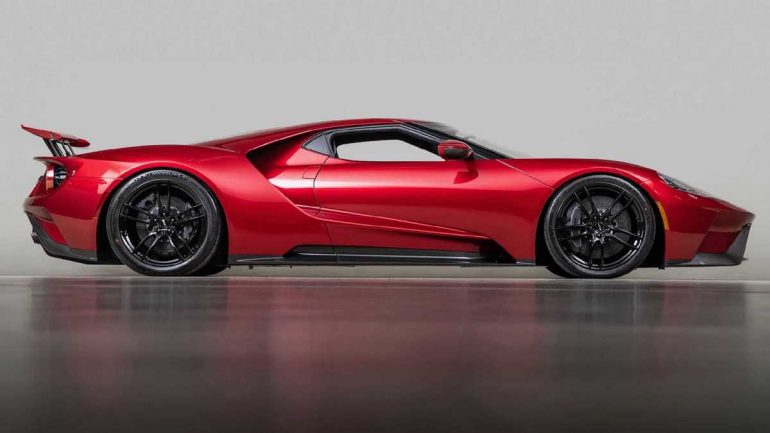 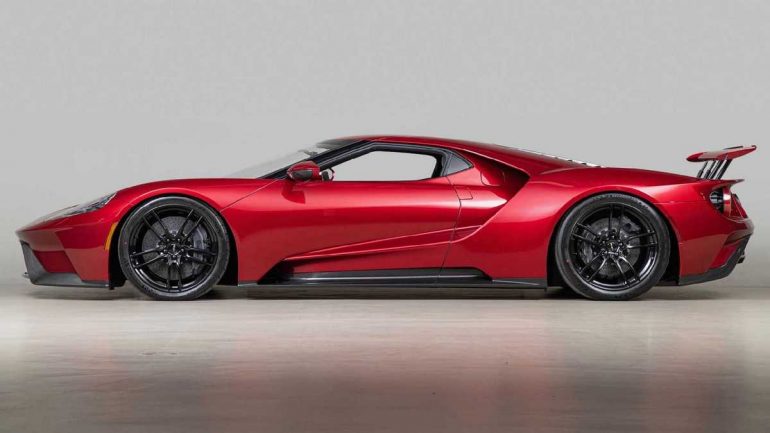 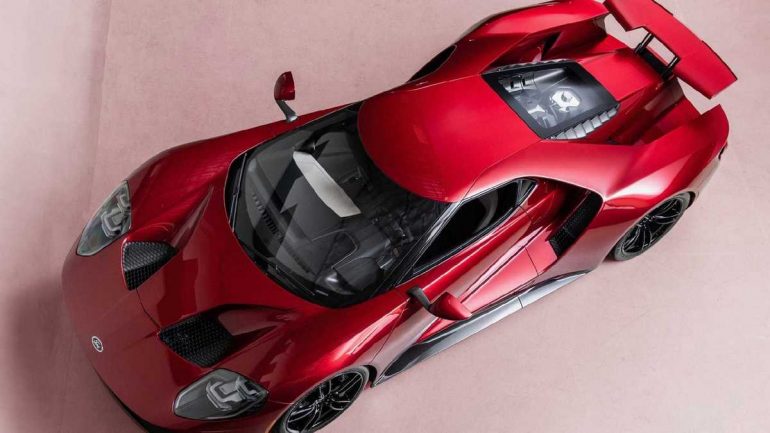 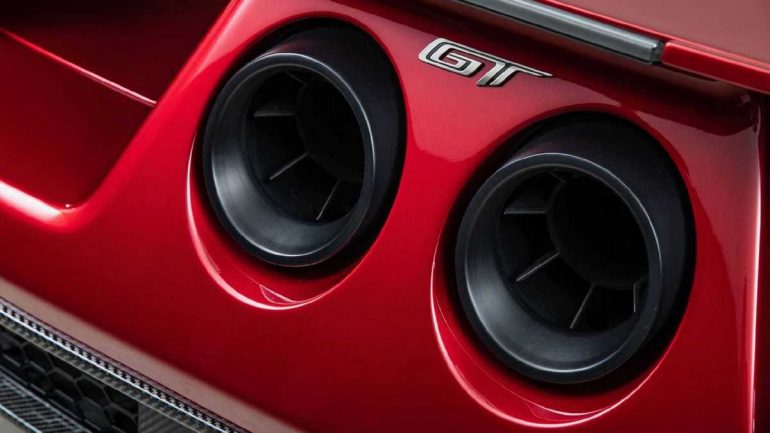 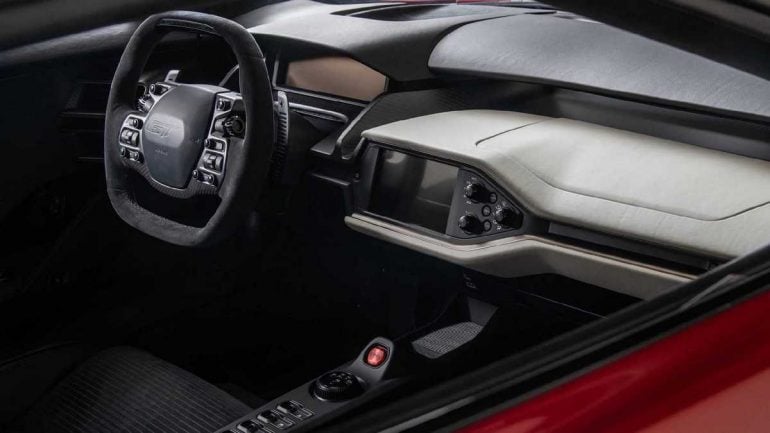 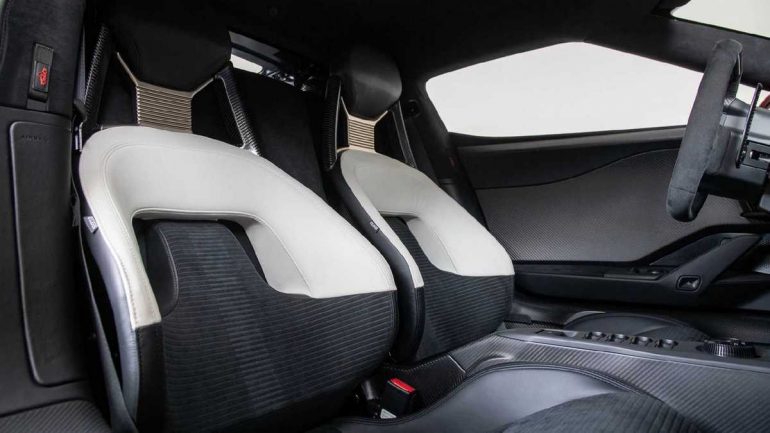 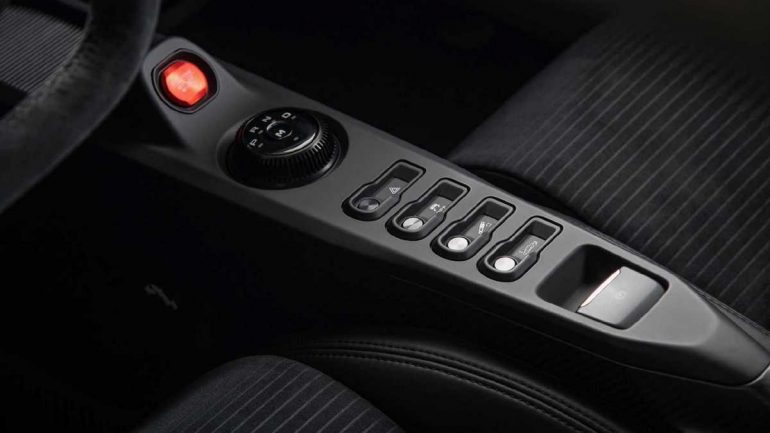 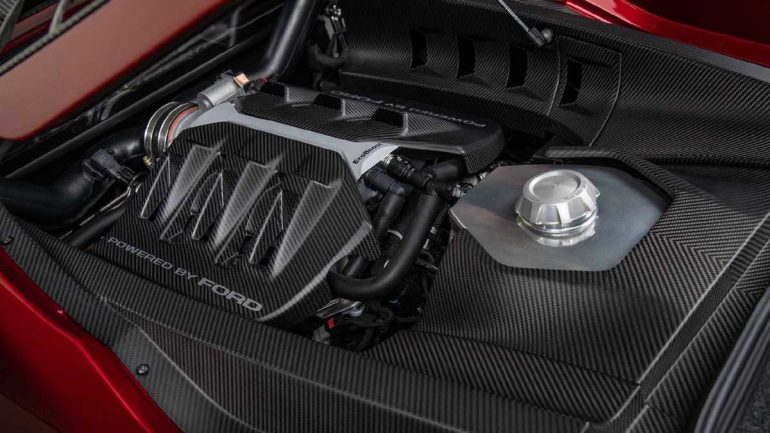