Tesla has finally announced the long-awaited updated version of the Model S. The electric sedan has been around since 2012 and is the first mainstream product by the American manufacturer that put it up on the map. Although Tesla has continually updated the Model S over the last nine years, the car that started the electric mobility revolution has never received a thorough refresh until now. With production starting in just a matter of weeks, here are the five things we absolutely love about the new Tesla Model S.

The exterior is familiar but cleaner and sharper than before
Many were expecting the refreshed Tesla Model S to arrive with prominent design changes – look at the renderings circulating on the internet lately. However, unsurprisingly, Tesla stuck with the flagship electric sedan’s design, which is nine years old. After all, it doesn’t look dated, and changing the exterior would have become a very costly affair for Tesla. Instead, the American EV manufacturer listened to everyone and gave it subtle changes that, in our opinion, make the new Model S look really good. The front bumper has been re-styled to look sportier, which has made a big difference to how the electric sedan looks from the front. The other noticeable change comes in the form of de-chroming of the trims. Buyers were anyway going for aftermarket chrome-delete packages. 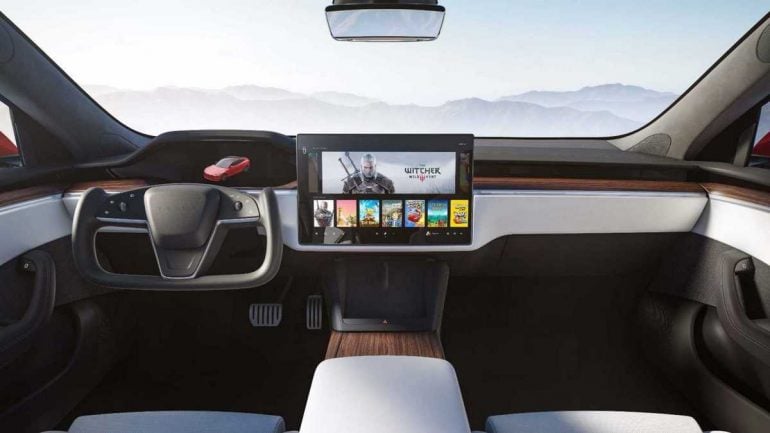 The new steering wheel looks straight out of an aircraft
The interior is where the new Tesla Model S has received the most amount changes, and the updated steering wheel is one of the most prominent of them. We’re not sure that we should even call it a wheel because the rectangular-shaped steering control looks more like a control wheel of an aircraft. More interestingly, the stalks have gone missing, and the controls have moved to the steering wheel in the form of capacitive buttons. The shape and the controls will definitely take some time to get used to. 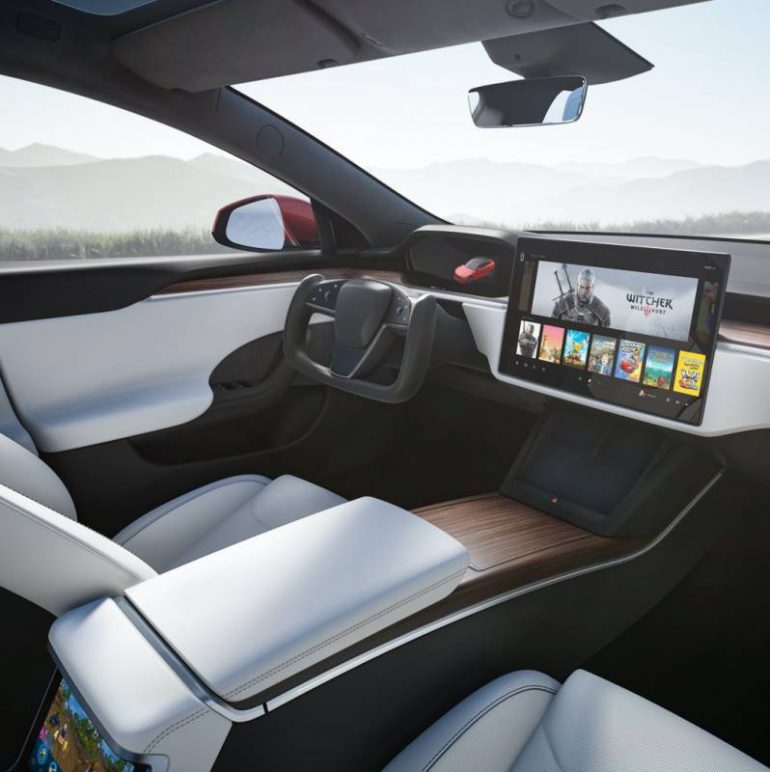 The massive center display is now oriented horizontally
One of the most recognizable features of the Tesla Model S is its huge vertically-stacked center display – a trend that was started by Tesla and has become fairly common over the last few years. New for 2021 is the horizontally oriented display that measures 17 inches and has a mouth-watering resolution of 2200 x 1300. The display can also be tilted from left to right. Additionally, Tesla claims the onboard processing is good for up to 10 teraflops of power, and the system has support for wireless controllers. You know what that means, right? A gamer like me will never want to step outside of the Model S. 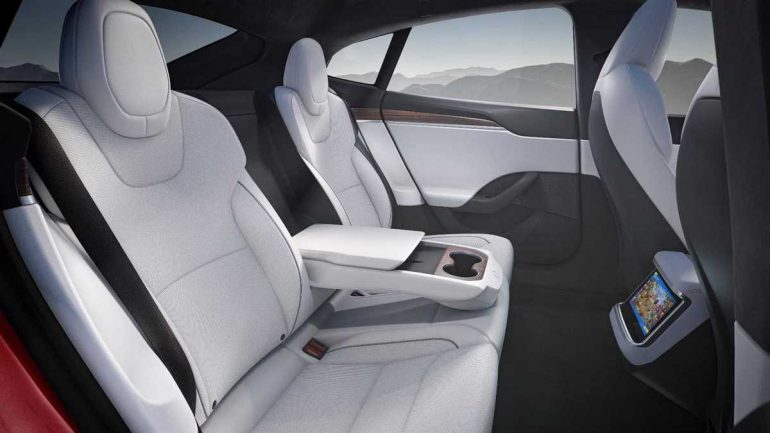 The rear is more luxurious and sporty
If you’ve ever sat in a Tesla, irrespective of the model, you’ll know that its crazy acceleration can violently throw you around. And it gets worse if you’re a passenger. The refreshed Tesla Model S comes with updated rear passenger seats that get bigger side bolsters. The images released by Tesla suggests that they are almost like individual bucket seats. But that’s not all! There’s also a supplemental 8-inch touchscreen display for passengers at the bottom of the center console. It can be used to control things like climate control and other settings. Talking of which, the new Model S comes with a 22-speaker, 960-watt audio system for music, with microphones embedded for active noise canceling. 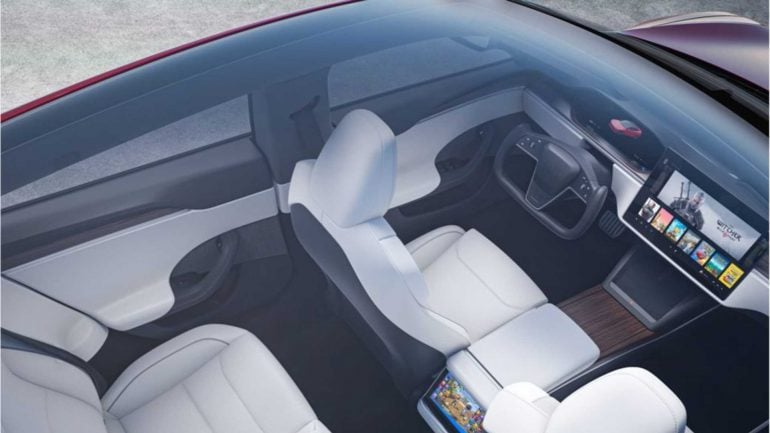 The much-awaited Tesla Model S Plaid is here!
The Performance trim level of the Model S has been replaced by two Plaid models: Plaid and Plaid+. The latter has been touted as the quickest production car money can buy with a 0-60mph time of under 2 seconds. Bonkers! The flagship variant is priced at $141,190, which is considerably more expensive than the dual-motor Model S Long Range, priced at $81,190. But with a quarter-mile time of 9.3 seconds and a top speed of 200 mph, you get hypercar performance for a fraction of the price. Tesla has also said that the new Model S features the automaker’s new battery cells that are part of the vehicle’s structure.