Converting fossil-fuel-powered cars into EVs has become a fairly common practice. Over the last several years, we have witnessed many such projects, including everything from an electric 1968 Porsche 911 to the famous G-Wagen EV owned by Arnold Schwarzenegger. However, we are yet to come across anyone try the conversion another way around by swapping an electric powertrain from an EV and shoehorn an IC engine. But that’s about to change as a YouTuber is building the world’s first LS-swapped Tesla. Rich Benoit, who runs a YouTube channel by the name Rich Rebuilds, has made a name for himself by repairing and modifying many Teslas, some of which seemed unsalvageable. He even became famous for building his own Cyberquad and an electric rat rod. But his latest project is the most ambitious to date and has never been done before.

Fitting an internal combustion engine in a Tesla is an incredibly difficult process and a lot more complicated than doing the opposite. For this crazy swap, Rich has picked up a 426 hp 6.2-liter V8 sourced from a 2010 Chevrolet Camaro, which he plans to fit in a Tesla Model S. The electric car doesn’t have an engine bay like traditional ICE-cars, neither do they have a transmission tunnel for a prop shaft. In addition to that, the battery pack of the Model S is located on the floor and acts as a structural element of the car. Removing it means severely compromising the structural rigidity. Rich also says he’ll also need custom axles for the car. The LS-swapped Tesla will need a lot of custom work and tricky fabrication. Check out Rich’s YouTube channel for regular updates on the project. 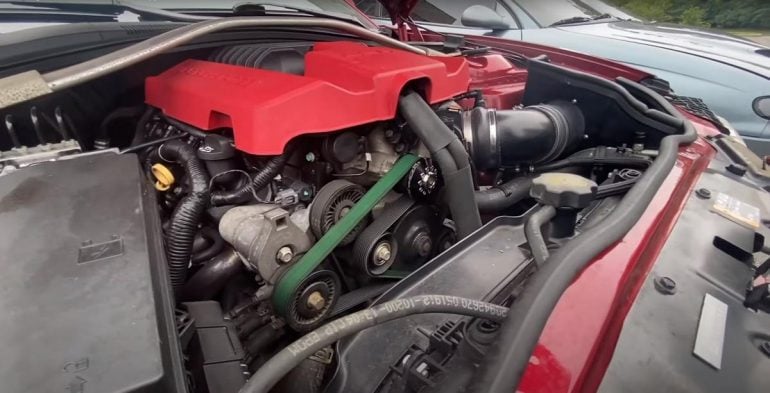 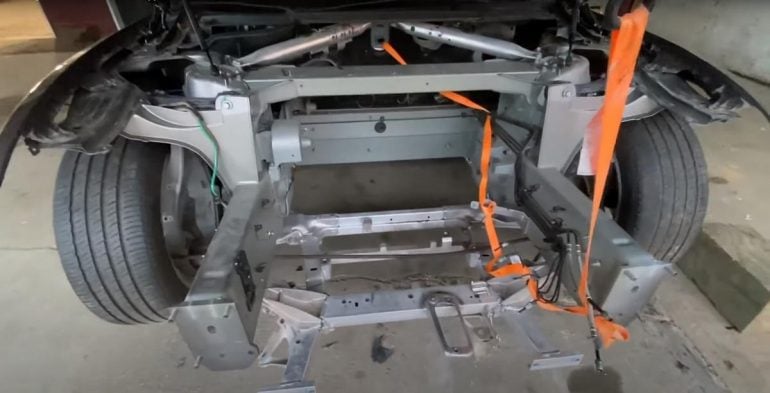 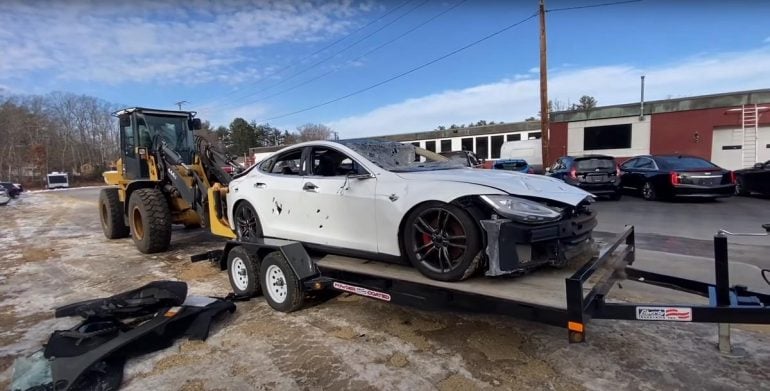 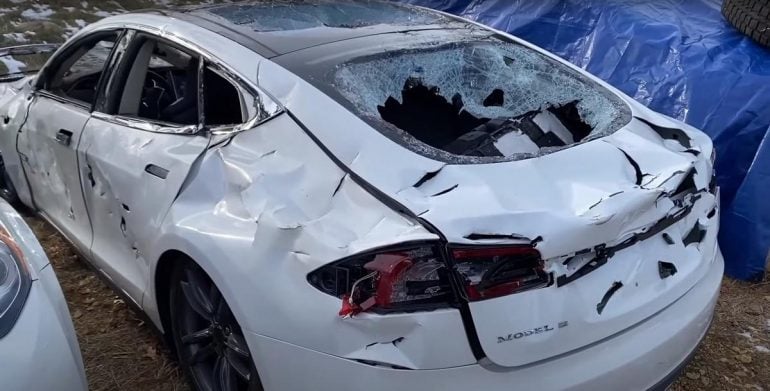 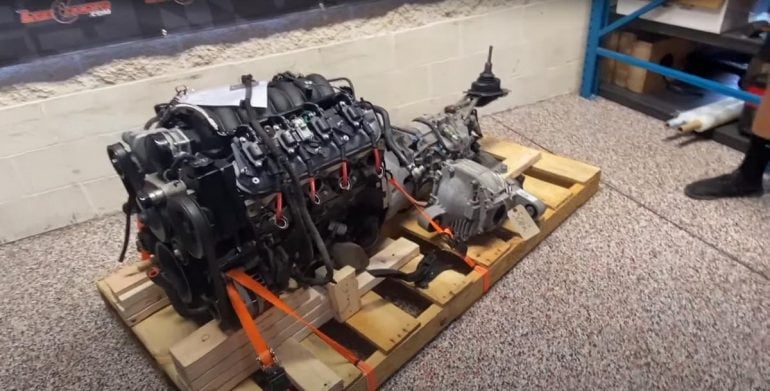 Tags from the story
Tesla, Worlds-First