Airbus could be one of the first companies to introduce a fully functional flying taxi – a segment of urban mobility that’s evolving quickly. The leading European aerospace company revealed the new CityAirbus battery-electric air taxi at its first summit on “Pioneering Sustainable Aerospace.” Called the CityAirbus NextGen, it’s an improved version of the company’s previous demonstrators, CityAirbus and Vahana, with better noise mitigation and upgraded performance figures. 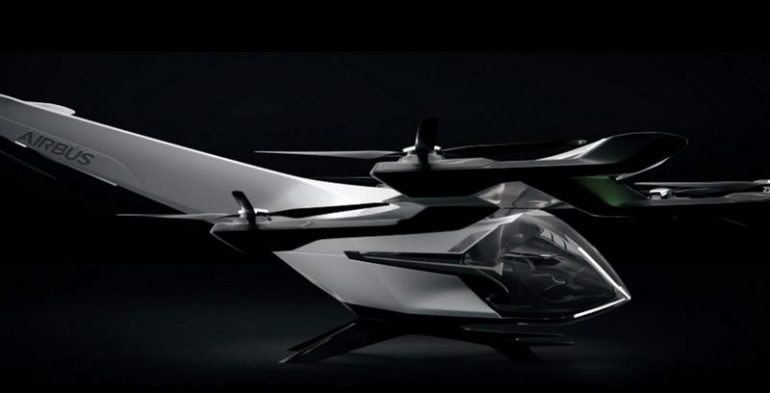 “We are on a quest to co-create an entirely new market that sustainably integrates urban air mobility into the cities while addressing environmental and social concerns,” said Bruno Even, Airbus Helicopters CEO, in a statement. “Airbus is convinced that the real challenges are as much about urban integration, public acceptance, and automated air traffic management, as about vehicle technology and business models. We build on all of the capabilities to deliver a safe, sustainable, and fully integrated service to society.”

The CityAirbus NextGen gets a fixed-wing design like a traditional aircraft and a V-shaped tail. The eVTOL is equipped with a total of eight electric motor-driven propellers that are a part of its unique distributed propulsion system. The wing and the rotors are fixed and the air taxi has no movable surfaces and no tilting parts, which makes it simple and efficient. The cabin has a capacity to seat four people and the company is also working on autonomous flying tech which will eliminate the need for a pilot. The CityAirbus NextGen has a range of 50 miles and has a cruising speed of 75 mph, making it ideal as an urban transporter for short distances.

Airbus is also working hard to reduce the noise footprint of its air taxi to make it usable in cities. The company is working on optimizing the propulsion system to bring down its sound levels below 65 dB during flight and 70 dB during landing. Airbus hopes to build the first prototype of the CityAirbus NextGen by 2023 and get the necessary certifications by 2025, which might bring it to the market by the end of this decade.