Valentine’s Day may be over, but we are still reeling over the effects of some grand gifting gestures that reinforce our belief in love (and its perks). While mere mortals like me would be jumping around like a headless chicken on receiving the Bugatti electric kettle, there is a parallel universe full of richer-than-rich kids’ peeps that prefer something weightier like a customized pink and white Bugatti Chiron. Alice is a one-off Bugatti Chiron Sport ordered by a husband as a present for his wife; what’s even more spectacular than the car itself is its color- a silk rosé paint shade that has never before been used on a Bugatti. Clearly, the era of romantic candle-lit dinners, flowers, and chocolates is gone unless all this is safely tucked away inside the boot of a customized Bugatti. For $3.3 million, this one-off Chiron was commissioned through the H.R. Owen dealership in London, and the owner worked closely with Bugatti’s designers in Molsheim, France, to perfect the creation. While their identities are a secret, our guess is the wife’s name is Alice as that’s the name given to the car, found on the headrests and the door sills too. People who thought Kylie Jenner’s $300k custom pink Rolls-Royce SUV was opulent then this husband has raised the bar by getting even the covers for the massive 8.0-liter W16 engine in pink. 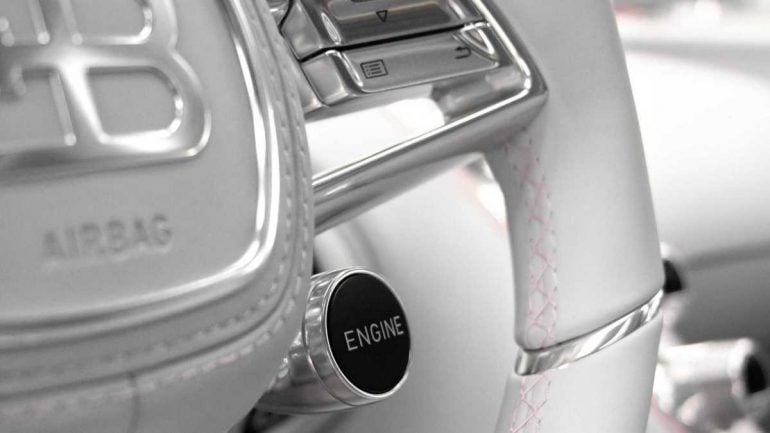 Ken Choo, CEO of H.R. Owen, said, “We are honored to have played an important part in connecting our customer with this incredible Chiron Sport. The customer came to us with a vision of how they wanted their new Bugatti to look, and we are delighted that the depth and scale of Bugatti’s extensive accessories and options catalog allow for even the most ambitious of designs to be realized.” I wonder how he will top this gift next year. Meanwhile, it’s going to be a gloriously complaint-free year for him. 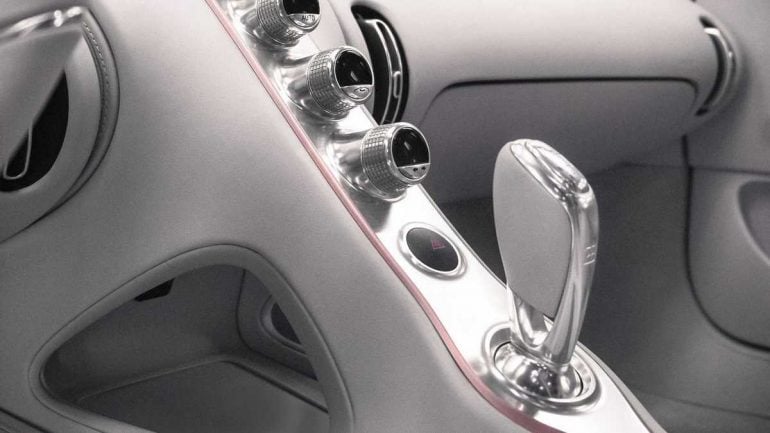 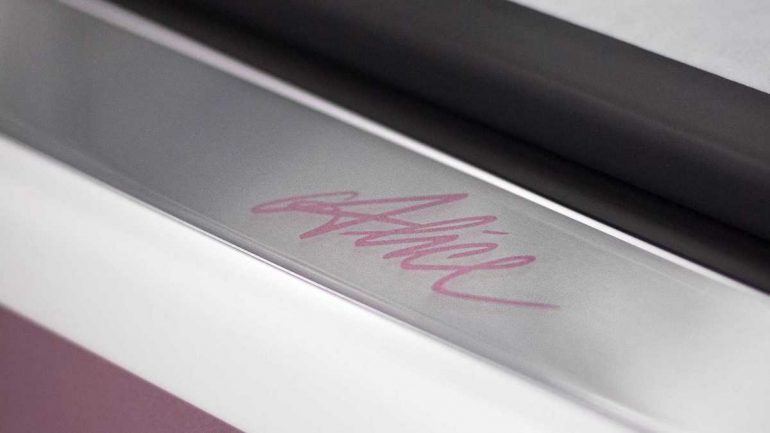 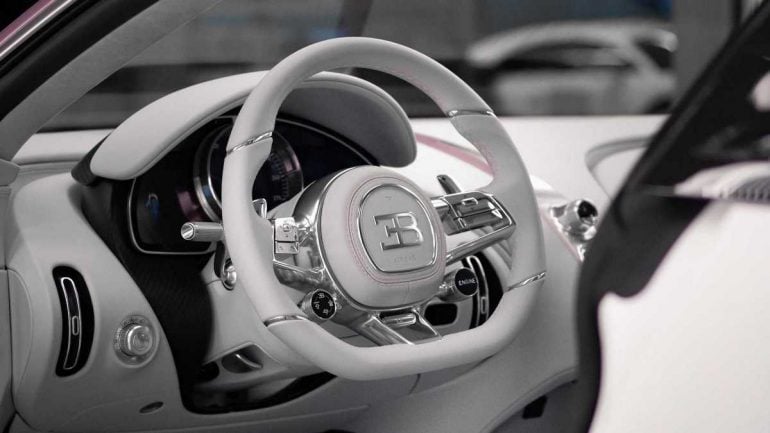 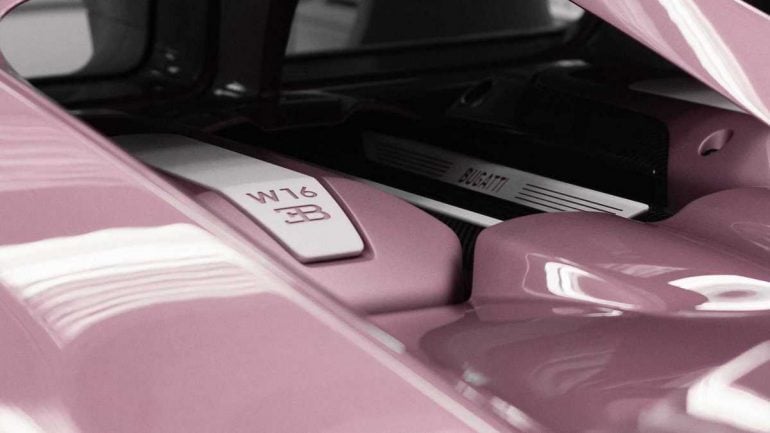 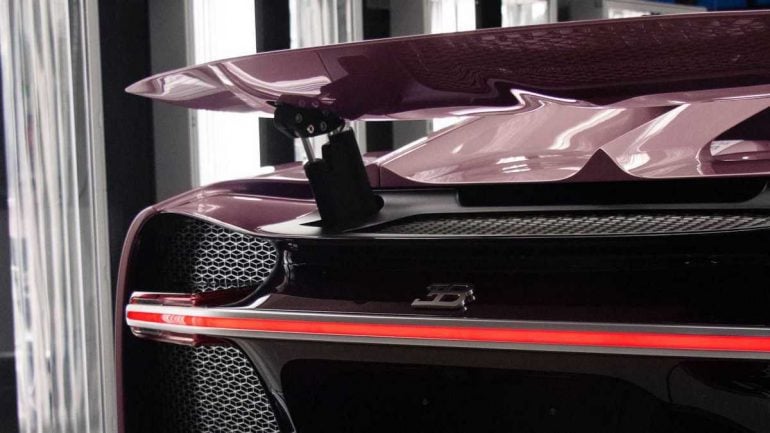 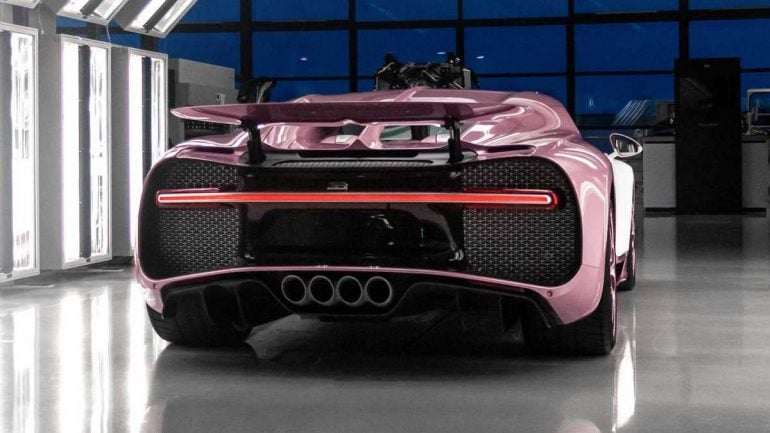 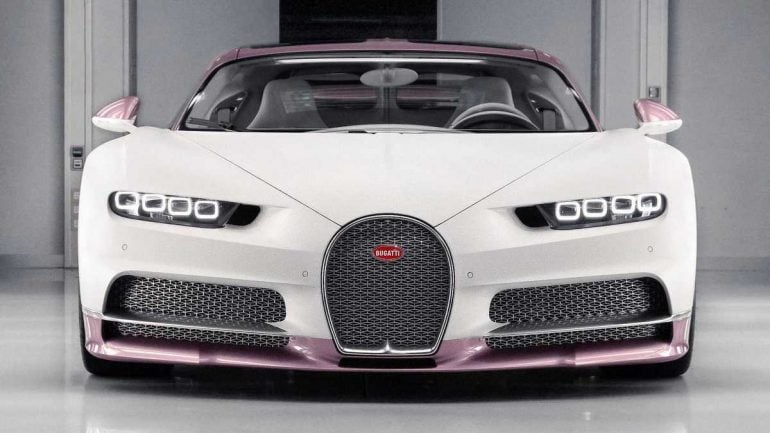 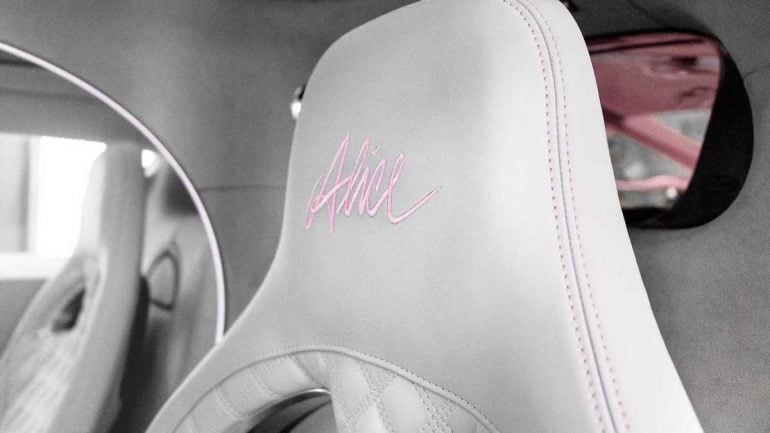 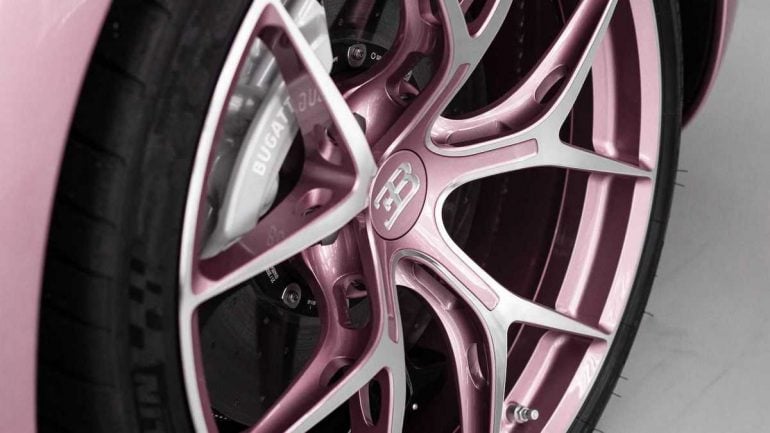