Last month, we came across a wild 6×6 truck named The Warlord that’s based on the Dodge Ram 1500 TRX and built by a Florida-based customization company named Apocalypse Manufacturing. The 6×6 truck is one of the craziest off-roading rigs we have seen lately and it looks like the perfect choice as an escape vehicle during a zombie attack. But the company also offers something that cranks up the crazy all the way to 11. Meet the Hellfire 6×6, an over-the-top vehicle that’s loosely based around a lifted Jeep Gladiator. It’s the kind of machine that can save you when the world is hit with an apocalypse. The owner of the Florida-based company landed up at Jay Leno’s Garage with the Hellfire 6×6, giving us a closer look at the tank-like vehicle.

Weighing just under 6,000 pounds, the Hellfire 6×6 is a behemoth. However, Leno looks impressed with how well the truck accelerates and brakes. The customized truck has a proper 6×6 layout with the company’s proprietary middle axle and an eight-speed automatic transmission borrowed from a Ram 3500 HD. The truck in the video is powered by a Corvette-sourced LS3 that produces 500 horsepower, but the company also has a more powerful version with a Hellcat V8 that can churn out 707hp. While the exterior looks wild and crazy, the interior of the truck is largely unchanged from the donor car. 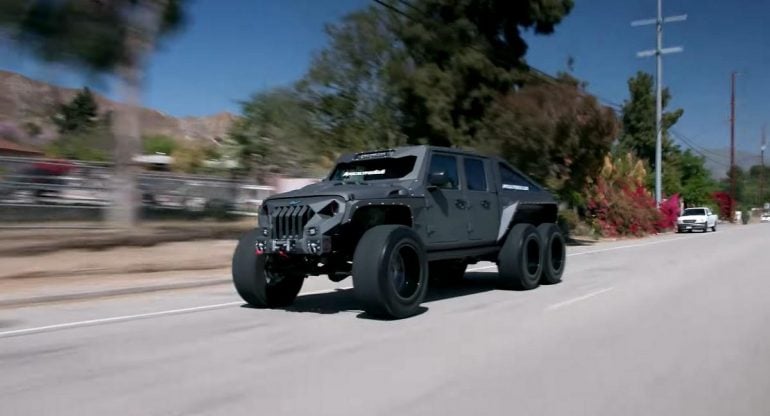 The cabin is wrapped in leather, while it gets large displays and also an infrared camera that provides a 360-degree view around the truck. Leno admits the six-wheeled monster doesn’t suit his taste, but he appreciates the idea behind the project. If you fancy one for yourself, be ready to pay anywhere from $150,000 to $250,000. 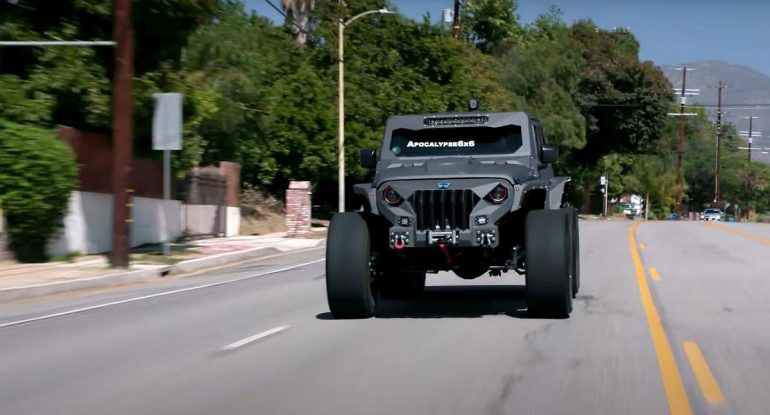 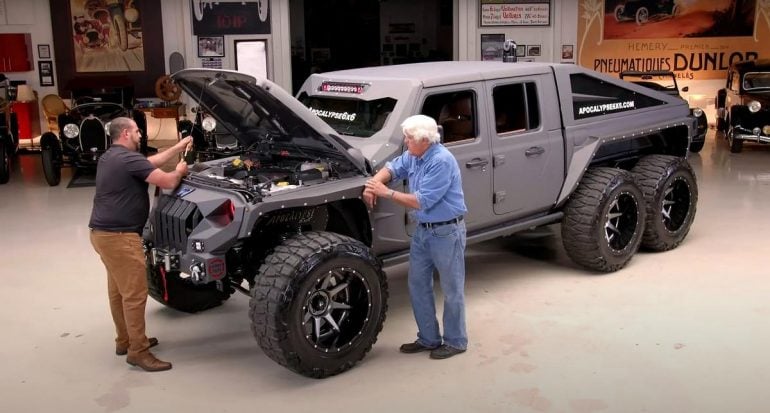 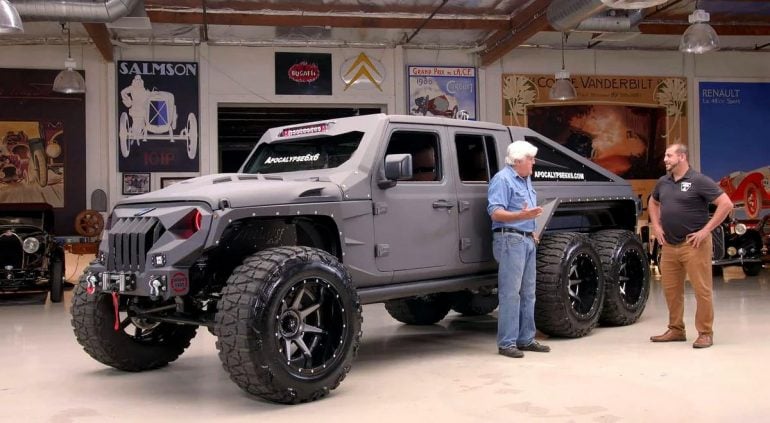 Tags from the story
SUV