Some of our Middle Eastern friends sure know how to flaunt their swag and riches on the streets, quite literally. Driving around London in a Maserati may be considered to be the picture of prosperity but when you’re driving a gold-plated Gran Cabrio with an L plate on it, you’re nothing but the spectacle for camera lenses. The same goes with this particular incident where a young Arab parked his £90,000 Maserati Gran Cabrio outside a café on a damp London day. All must have been peace and quiet until the man, accompanied by a friend noticed a traffic warden writing him, what could well be his first parking ticket. The said friend then rushed out to meet with the lawman who continued writing the ticket. It was only after an hour that the owner of the car stepped out and drove off with his friend. 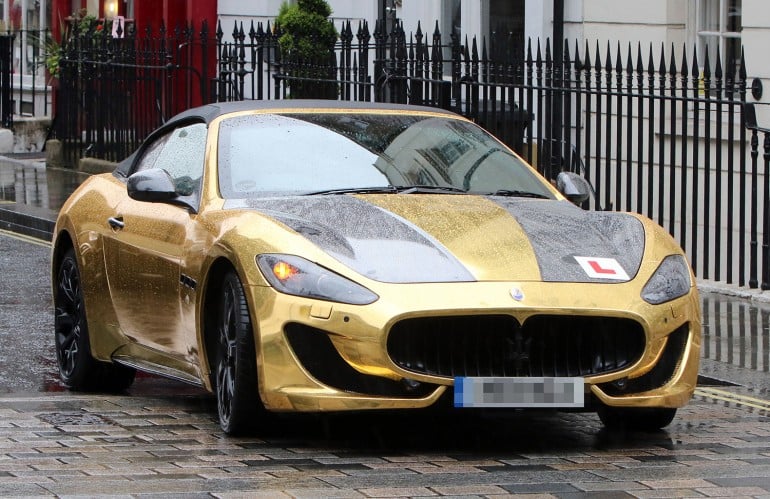 Parking fines may be pigeon-feed for someone driving gilded cars but what really caught everyone’s eye was the fact that the gold car had a glaring learners’ sign on it. This reminds us of not long ago when another Middle Easterner paid dear for his love for golden cars on London streets. 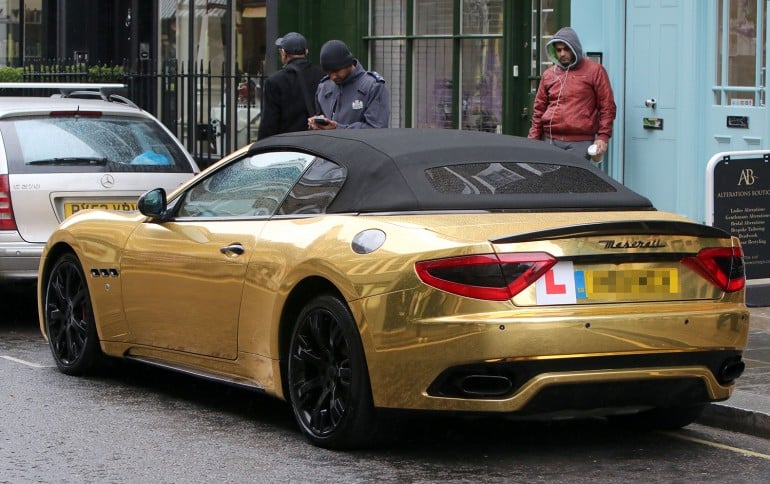