Aston Martin has today announced a bespoke product program for a new super saloon that will see the revival of the iconic Lagonda name. In case the name doesn’t ring a bell for you, the British marquee’s actual full name is Aston Martin Lagonda Ltd; but the later bit is seldom used. But the rare nameplate is all set to make a comeback in a strictly limited series. Aston announced “strictly limited series production” of a new Lagonda saloon previewed by only two teaser images and chose not to say much about it beyond confirming that it’s built atop the same VH architecture that underpins all the cars in the AM range.

The Lagonda super saloon was designed by the same crew responsible for the One-77, V12 Zagato, and CC100 Speedster, and will be hand-built in the same workshop at the Aston Martin factory in Gaydon. Judging by the teaser photos, the new Lagonda saloon’s design is inspired by the wedge-shaped 1976 Aston Martin Lagonda sedan designed by William Towns. If you want one, the bad news is the strictly limited number of Lagonda saloons will be available by invitation to select customers exclusively in the Middle East. Not even in China where people are obsessed with stretched saloons. The pricing details and the buyer identities will remain confidential but all we know is that the production is slated to begin in early 2015. 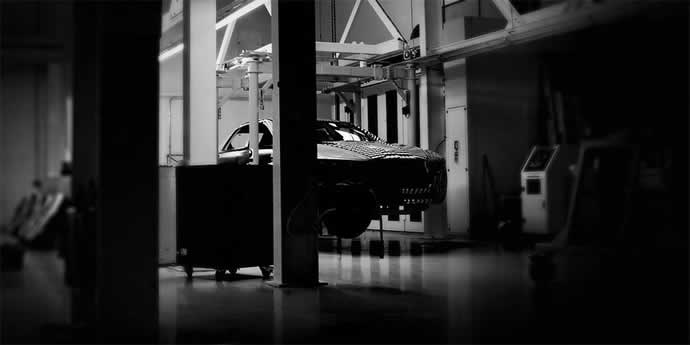