Visual merchandising is quite the buzzword in the world of sales and gobbling up on its benefits is British Automaker- Aston Martin that recently drove in a trio of its best cars into London’s favorite luxury store- Harrods, for an exquisite auto display of sorts. While the Knightsbridge store often uses it forefront to showcase various attention grabbing exhibits, Aston Martin’s new feature is unlike any other and speaks volumes of the car maker’s history while also complementing well on the British Heritage as a whole. 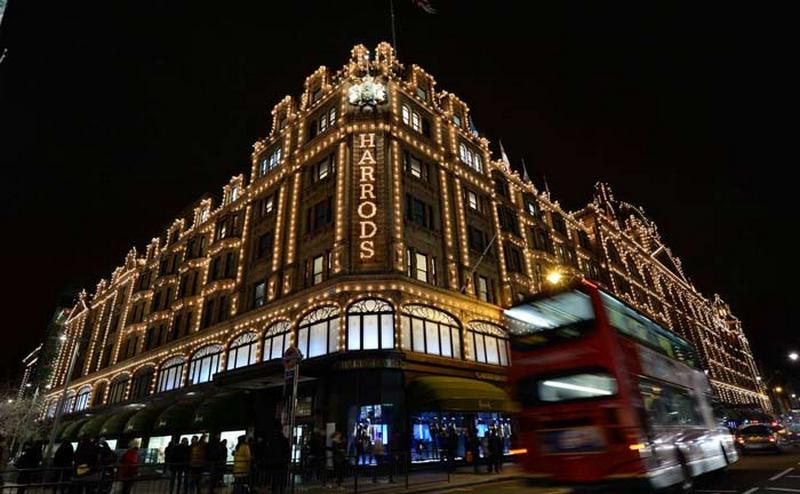 As part of the lucrative window spectacle, AM will display its DB11, V12 Vantage S and the Vanquish S models in red, white and blue paints, aptly point towards the United Kingdom’s Union Jack flag. The DB11 is the first and the most popular vehicle to be launched under the car makers’ ‘Second Century’ plan and is an authentic sporting GT in the finest Aston Martin tradition. The second in the lot is the V12 Vantage that combines a V12 engine in the lightest sports car packaging, thus becoming a prime example of the auto maker’s engineering capabilities. Lastly, the super GT – Vanquish S, being the marquee’s newest mode, proudly defines the evolution of the Vanquish series as well as that of the automaker’s future.

The AM trio will be kept on display for a month, in the tenure of which, various Aston Martin specialists will hold interactive sessions within the store to educate consumers and car enthusiasts alike. Earlier in January, 2016 as well the brand created a similar display of its DB models at the Harrods store. To catch a glimpse of the exclusive display, walk by Harrods, London anytime until March, 25.

Tags from the story
Aston-Martin, Harrods