Ever wondered what it would be like to cook-on-wheels? We’re not talking about an elaborate cooking van that dishes out fried chicken for $10 but a luxury car that perches a cooktop right beside the plush rear seat upholstery. Audi Japan has introduced the A8 5.5 variant that seems to be named as interestingly as it is designed. The 5.5 name is inspired by 5 (five, in Japan Go) and 0.5 (half, in Japan Han). Gohan literally translates to rice. It’s true that the Japanese love their rice but the idea of someone being chauffeured around in an A8, wanting to make their own meal is a bit far-fetched. But then again, it’s Audi and the Japanese. They’ll always surprise you with what you think you know. 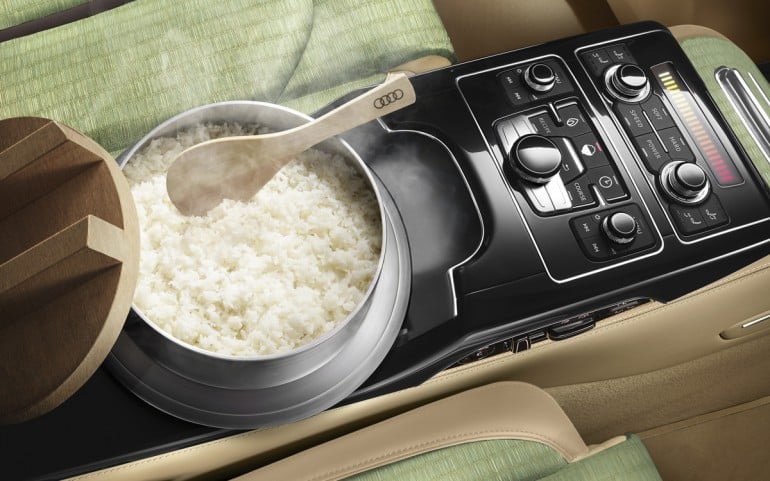 The car can be seen as something of a tribute to the rice-eating culture in Japan. The car is equipped with a broad-brimmed cooking pot called ‘Hagama’ that is native of Japan. The pot delivers heat directly to the core, thus making the rice cook perfectly well. Given that the innovation has found its stride, the company has leveraged technology to further facilitate a great on-road cooking experience. The touchscreen is used as a menu panel to help users select multiple cooking options. Now, everyone can customize their rice dish to their own taste.
This seems too curious to be true. I have a hunch that it could be one of the most epic automotive pranks of all time. 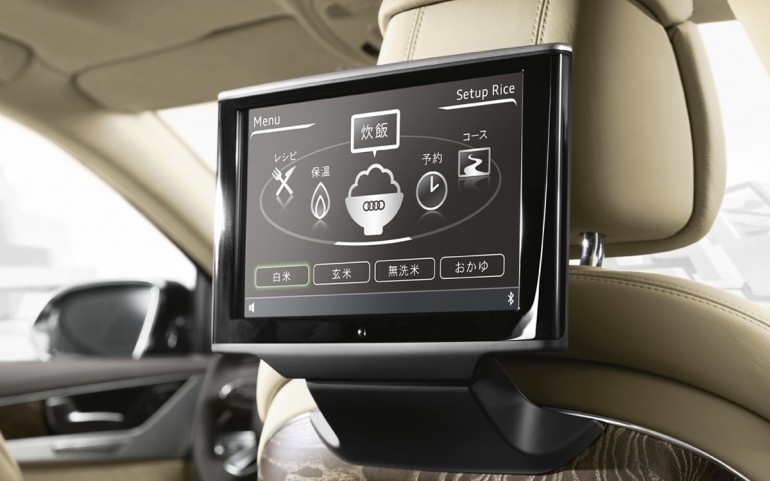 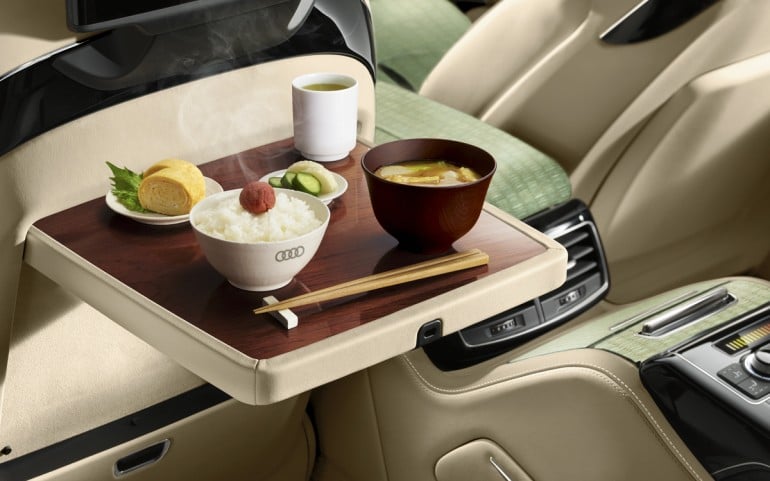 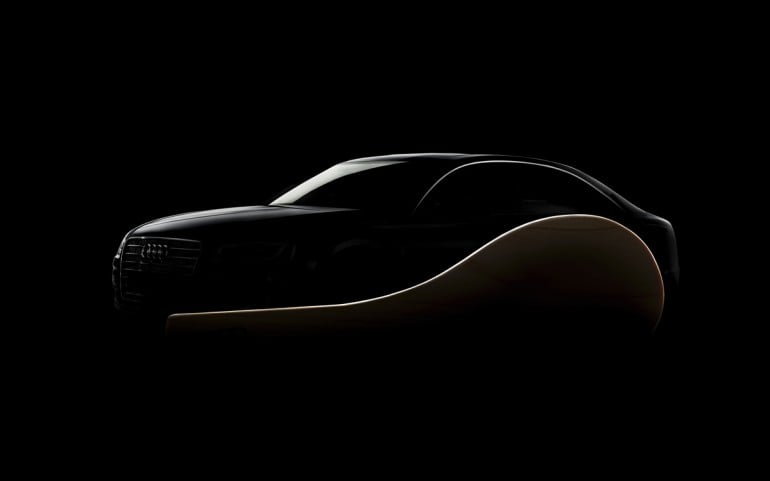