When you’re teased with a supercar that ominously resembles Darth Vader’s helmet, you know that it’s going to be menacing and pretty darn good! What you’re looking at here is a yet-to-be-named carbon-bodied supercar that was recently teased on Instagram by the design boss of Kiska. In case you’ve never heard of Kiska before, it’s a design studio that has penned some beautiful-looking products, including for brands like KTM and Husqvarna. Currently, Kiska is heavily involved in the development of the soon-to-be-launched street-legal KTM X-Bow GT-XR. In fact, Kiska’s own supercar has a strong resemblance with KTM’s track-focused supercar and might share a lot of components, including the engine. 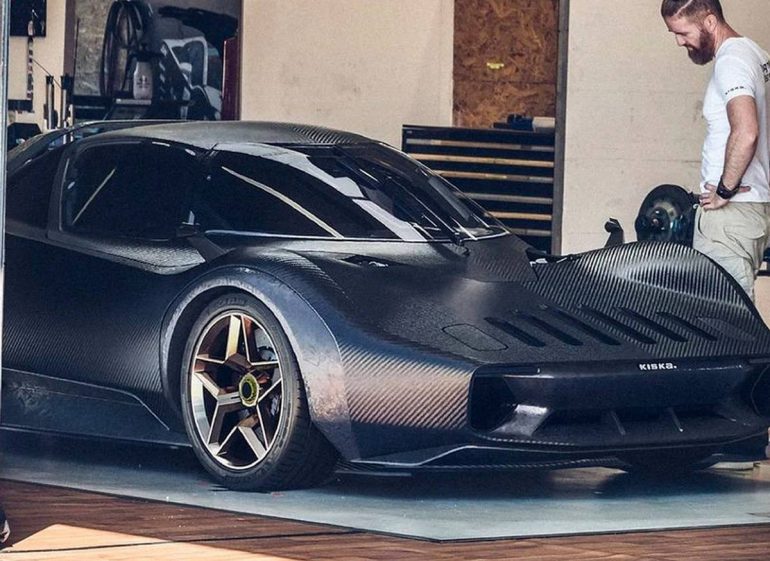 The pictures posted by Alan Derosier, Kiska’s lead designer, show the compact supercar from several different angles, revealing quite a bit about its design. In one of the pictures, a logo on the pillar suggests Kiska’s first car might be named APG-1. If you look closely, you’ll notice that the Kiska supercar has a strong design resemblance to the iconic Lancia Stratos, thanks to its proportions and the shape of the windshield. The Batmobile-like large canopy is one design element that is shared with the KTM X-Bow GT-XR. The entire bodywork seems to be made out of carbon fiber, including chopped carbon fiber reinforced SMC used for things like the fender arches and the wing. The APG-1 also gets fender-mounted rearview cameras instead of traditional side mirrors, while the vents on the frunk are what make the APG-1 look like Darth Vader’s helmet. 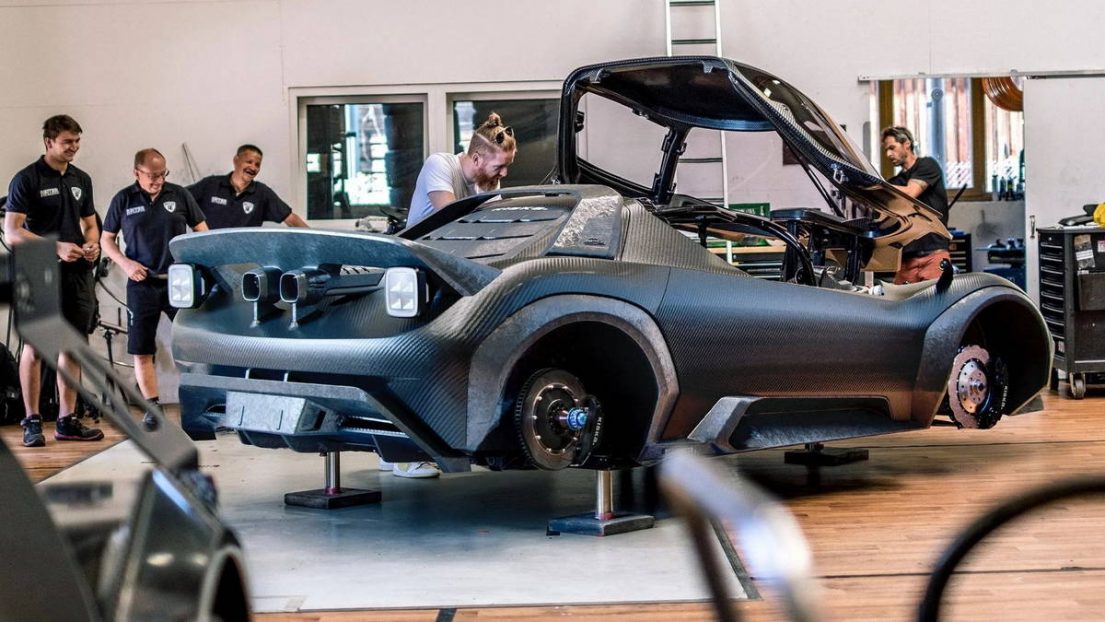 Sadly, the specifications and expected power figures have not been revealed and we might have to wait a little longer for the company to divulge all the details. However, given the fact that it might be based on the KTM X-Bow GT-XR, the APG-1 might have the same Audi-sourced 2.5-liter inline-five engine that makes 530 horsepower and 453 pound-feet of torque in the GTX. Furthermore, it might also use the same sequential six-speed gearbox and limited-slip differential from the GTX that sends power to the rear wheels. We can’t wait for Kiska to unveil the supercar.