In 2012, Bell Helicopter launched its newest offering that was something radically different and its most ambitious project in years. Dubbed the ‘Bell 525 Relentless’, the “super-medium” twin-engine helicopter is to be the first commercial helicopter to incorporate fly-by-wire flight controls and also the company’s largest civil helicopter ever. Initially designed to meet the grueling demands of offshore oil operations, the company will also offer the helicopter with a variety of luxurious cabin interiors. For the first time, Bell has given a peek inside the cabin that shows a sample of VIP interior options, including oversize swivel seating, conference layouts, and a mini galley. 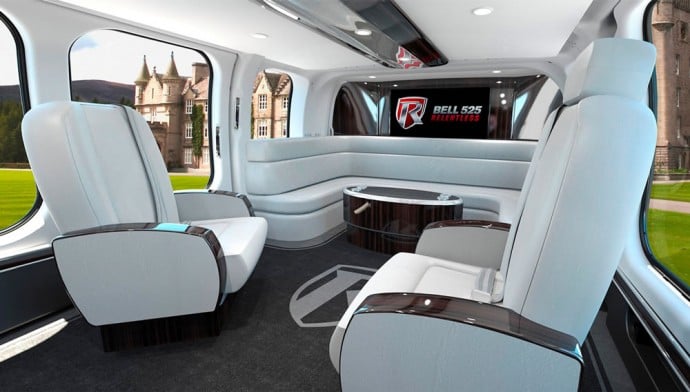 The set of images released by Bell reveals the gorgeous interiors that are commonly found aboard private jets. At the first glance, you might even mistake the customized 88-square-foot cabin for that of a top-of-the-range private jet. In addition to the uber-luxe interiors along with top-notch amenities, the cockpit features state-of-the-art equipment. The fly-by-wire cockpit features sidestick controls and a fully integrated touchscreen Garmin flight deck. The Bell 525 Relentless helicopter can cruise at speeds up to 178 mph and fly up to 575 miles nonstop. There is no word on pricing but the helicopter is expected to fly sometime this spring with deliveries starting next year. 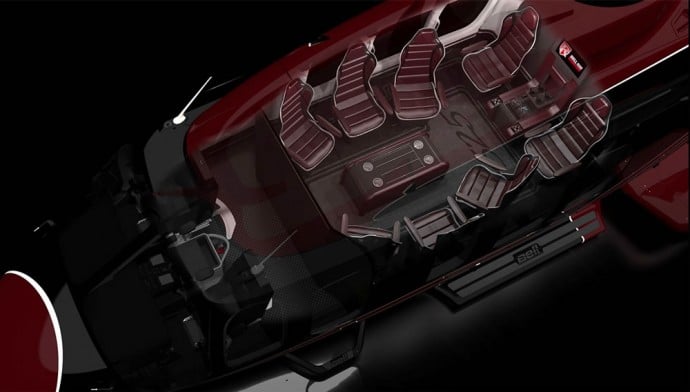 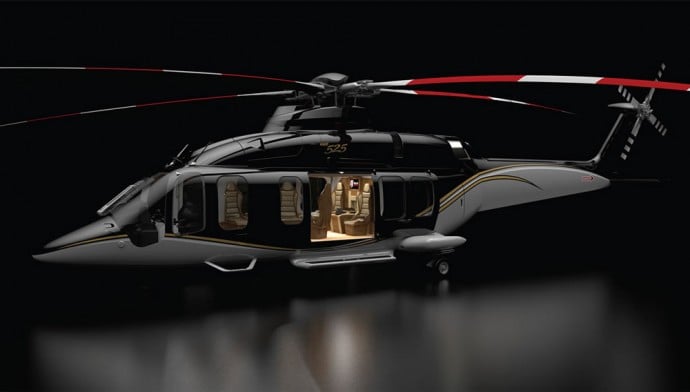 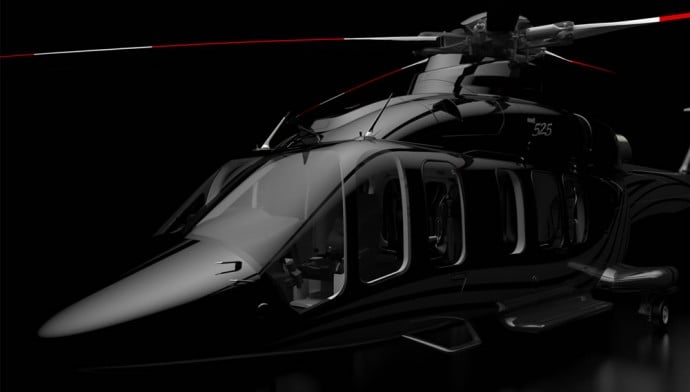