Bernard Arnault, the co-founder, chairman, and chief executive of LVMH Moët Hennessy – Louis Vuitton SE, the world’s largest luxury goods company, owns a stunning $150 million superyacht. 344-feet Symphony motoryacht is the perfect match for “the wolf in cashmere,” as Arnault’s moniker goes. Built by the Dutch shipyard Feadship it ranks at 50 amongst the worlds top 100 superyachts. 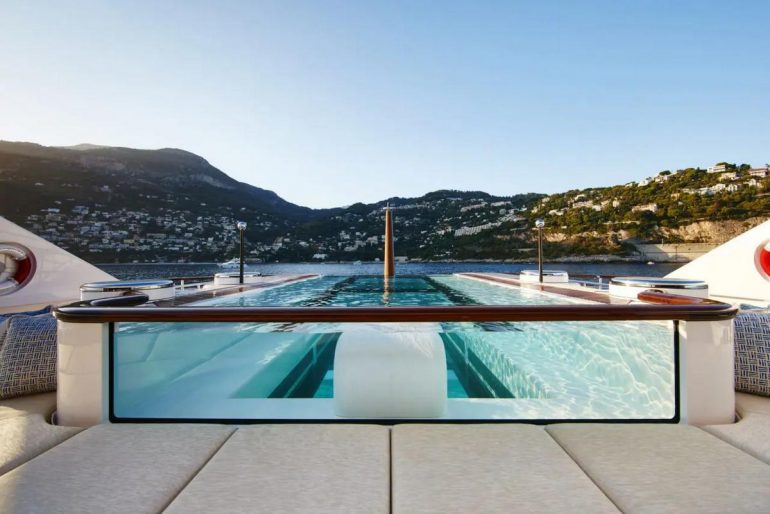 Superyacht Symphony is outstanding in every way possible
The largest Feadship ever built in 2015, the six-decker Symphony yacht also created a record of sorts as the shipyard’s first vessel to comply with the new Passenger Yacht Code regulations, which allowed more than 12 passengers onboard. This wondrous vessel of the LVMH boss looks outstanding owing to her Tim Heywood-created exterior and the incredible vision of Francois Zuretti and Peter Marino. 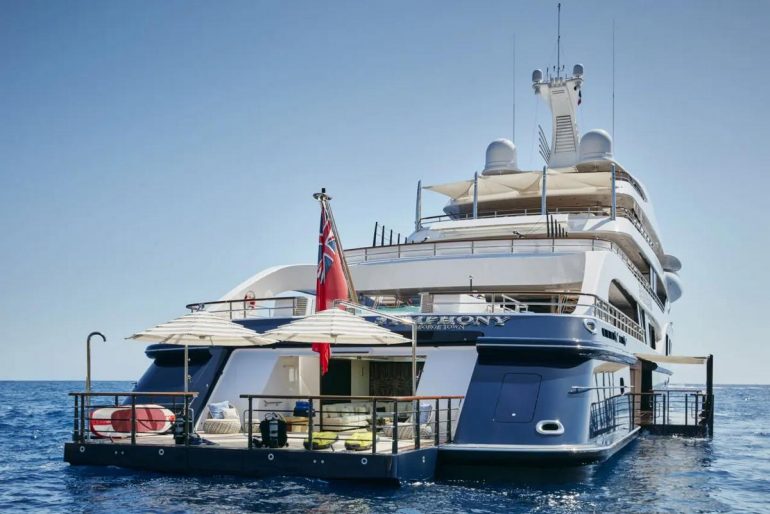 Apparently, Peter Marino had free rein to create one of the most detail-rich and elaborate interiors ever seen on a superyacht. “We didn’t want to give the interior designer lots of restrictions,” says the yard’s project manager Jan-Pieter Braam. “We said, ‘you do the design, and we’ll figure it out.” 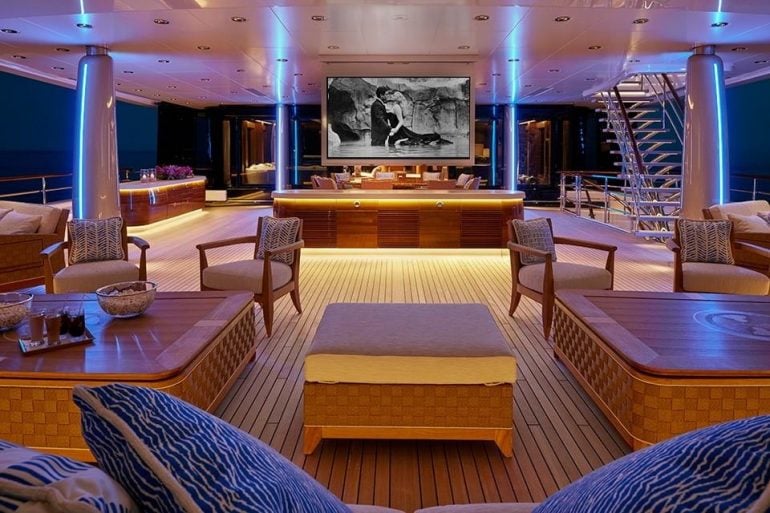 A vessel fit for the king of luxury-
It wouldn’t be wrong to call Bernard Arnault the uncrowned king of luxury. With a net worth of $93.5 billion, he also features among the wealthiest men on the planet, and the $150 million Feadship superyacht is undoubtedly a befitting ride. “Symphony is a summerhouse on the sea, initially inspired by residences in Bali and Thailand,” said Marino, per Boat International. 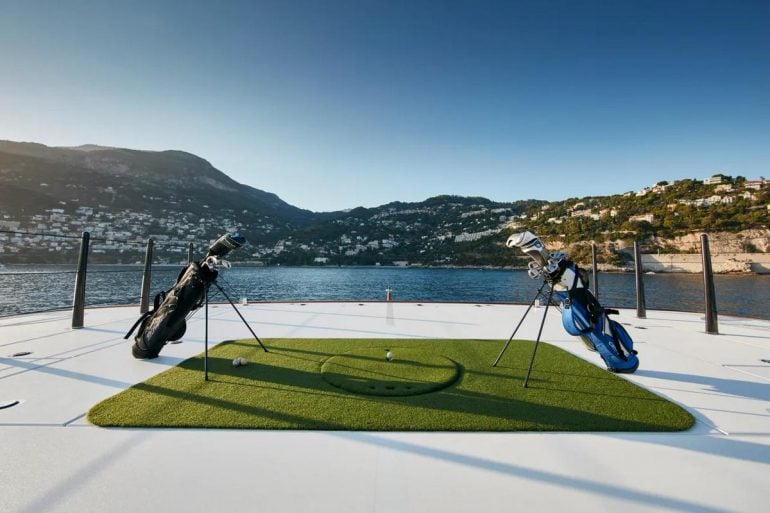 Merino had worked his magic for Arnault’s powerhouse brands like Christian Dior and Louis Vuitton. Returning to the pleasure craft, the main deck first attracts attention for the vastness of the living space that culminates into an extended aft deck and an eye-catching contraflow infinity pool. A comprehensive gym and an intimate lounge, aka pool saloon, are also found on the main deck. 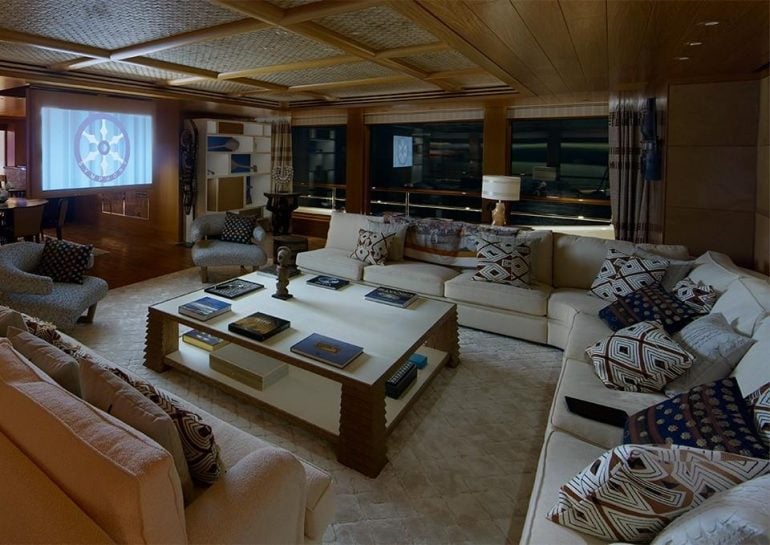 Symphony caters to 20 guests accommodated in eight stately cabins and serviced by a crew of 38. The LVMH billionaire nestles in his kingdom, which is the entire upper deck. It is outfitted with his and her offices, bathrooms, and dressing rooms that sit behind a bedroom with sweeping 200-degree views of the ocean. 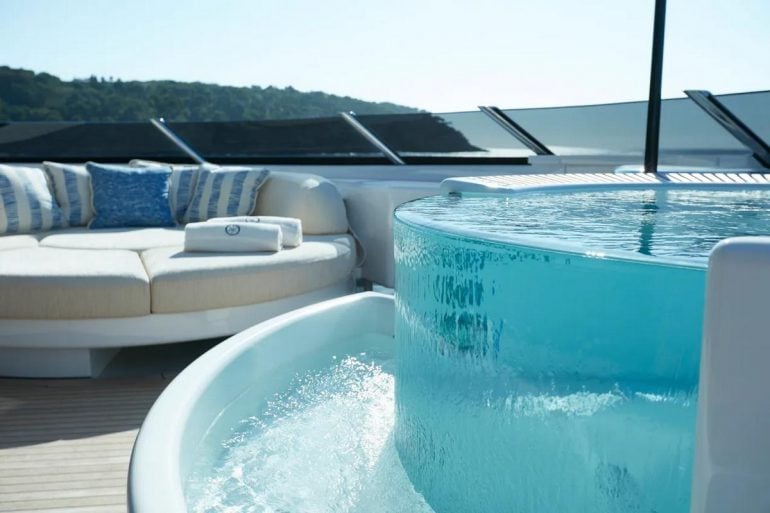 The tycoon can choose to spend his mornings enjoying the spa pool or indulge in some sport with the automatic pop-up golf tee.


Symphony’s luxurious facilities include a bar and Jacuzzi, a large terrace that doubles as the ideal spot for an outdoor cinema on the bridge deck, a glass-bottom swimming pool, and a terrific beach club. Adjacent lies the wellness center and the automatic pop-up golf tee area with biodegradable balls, of course.
Astonishing details of the Symphony yacht-
While nearly all superyachts have spectacular features and amenities, Symphony’s design elements set her apart from other lavish contemporaries. Zuretti’s ingenious glass-walled corridor spanning from the lower deck cinema area to the engine room and the beach club gives an unseen, unheard-of visual, bringing guests closer to the whole sailing experience. This prominent behind-the-scenes feature is enhanced further with blue LEDs. 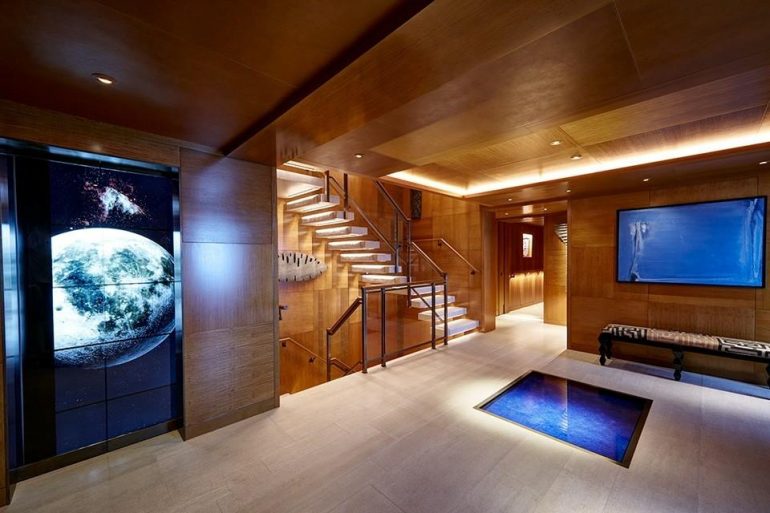 Guests who want to know more about the luxury ship than just basking in its beauty can learn more from the massive interactive touchscreen display to check speed, rpm, location, renderings, and even the view from underwater cameras. “We had to figure out a way to do it without interfering with the design of the space,” says VBH’s creative manager Casper Kleiman.


“The glass walls needed to stay, so we used one of them and doubled it as a screen. By adding privacy foil in the glass, we can switch between transparent and opaque, allowing us to project an image from behind. With an IR touch field just in front of the glass, it effectively becomes interactive.” The four MTUs that power Symphony and lend it a speed of 22 knots can also be seen through the glass feed. Mr. Arnault wanted the yacht to be as silent as possible. The engineers and designers at Feadship made sure that all the guest spaces were isolated from vibrations and sounds.
Arnault’s interest in the yacht industry dates back to 2008-
The Louis Vuitton boss ventured into the yacht industry after acquiring British yacht manufacturer Princess Yachts with a 70% controlling stake in 2008. The same year, LVMH purchased Royal van Lent, the Dutch builder of luxury yachts, under the Feadship brand.
Bernard Arnault is a fiercely private person-
Once at par with the immensely popular Jeff Bezos and Elon Musk, Arnault remains elusive to the spotlight despite being the wealthiest man in France and even Europe. Once the 3rd richest man on this planet, he sold his private jet to avoid being tracked by irksome Twitter bots attracting unnecessary public scrutiny. 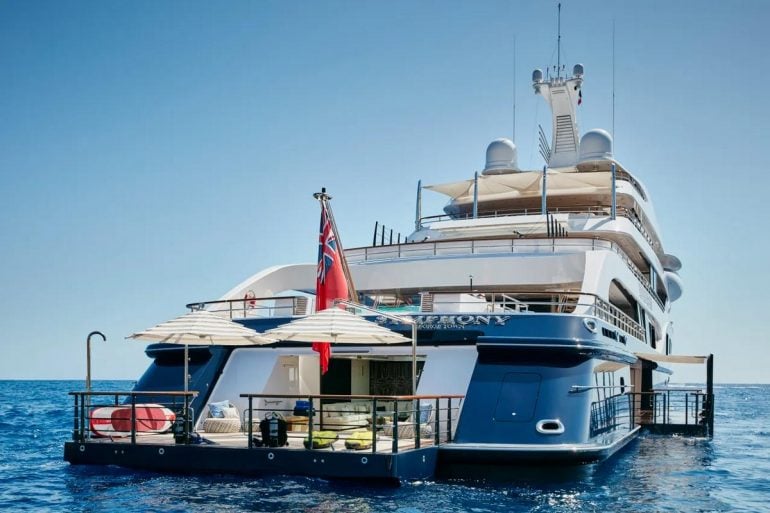 “Indeed, with all these stories, the group had a plane, and we sold it,” Arnault said during an interview with Radio Classique, a radio station owned by LVMH. “The result now is that no one can see where I go because I rent planes when I use private planes.” Would he also get rid of his floating mansion for the sake of privacy? Doesn’t look like it.