This world gets crazier and crazier and weirder every single day. Before we tell you about the headline, did you know – get a grip – that there is an exhibition called “Funeral Exhibition 2016” that took place a few days back, in the Netherlands? Ya. It did – an exhibition where “over 300 suppliers from the funeral sector look forward to meeting you at the 2016 Funeral Exhibition.” 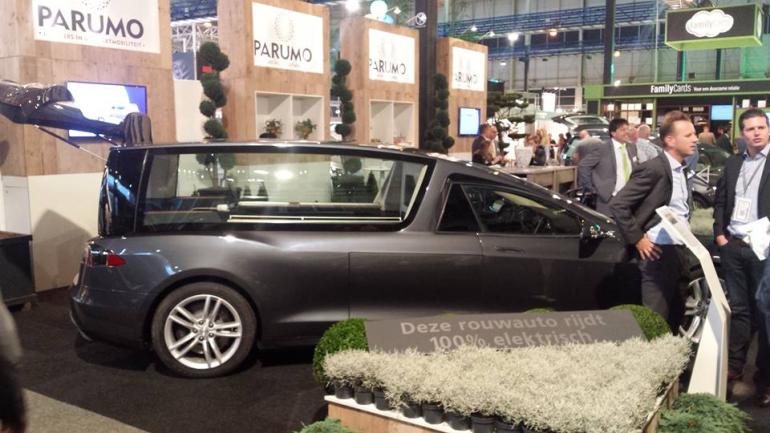 *ahem* In other news, two Dutch “car-related” companies – luxury limousine maker RemetzCar, and Van der Lans & Busscher BV, which specializes in funeral transport, have announced a rather interesting collaboration. They have created a hearse out of a Tesla Model S. and of course, it will be the world’s first all-electric funeral car. Also, it will not be cheap, so if you were getting all excited with the concept of having your soul riding into the sunset in a Tesla, make sure to have saved up well in advance. It will be so cool riding into the sunset in a Tesla.

As Van der Lands & Busscher BV says – this is ideal for a “modern funeral carriage for a stylish, environmentally conscious and silent farewell”.