It was exactly 50 years ago German automaker BMW formed the storied M division, formerly known as BMW Motorsport GmbH, to create racing cars and high-performance vehicles. To celebrate its 50th anniversary, the Bavarian marque has released a special edition M3 called the Edition 50 Jahre BMW M. Limited to units 500 units, the special edition has been exclusively created for the North American market. The Edition 50 Jahre (which means “50 years” in German) is available in five special exterior colors that have been borrowed from the palette offered on previous generations of the model, which include Cinnabar Red from the E30-generation M3, Techno Violet from the E36-based model, Interlagos Blue seen on the E46 M3, Fire Orange III which was available on the Lime Rock Park Edition version of the E92 M3, and Lime Rock Gray from the last-generation M3 CS. 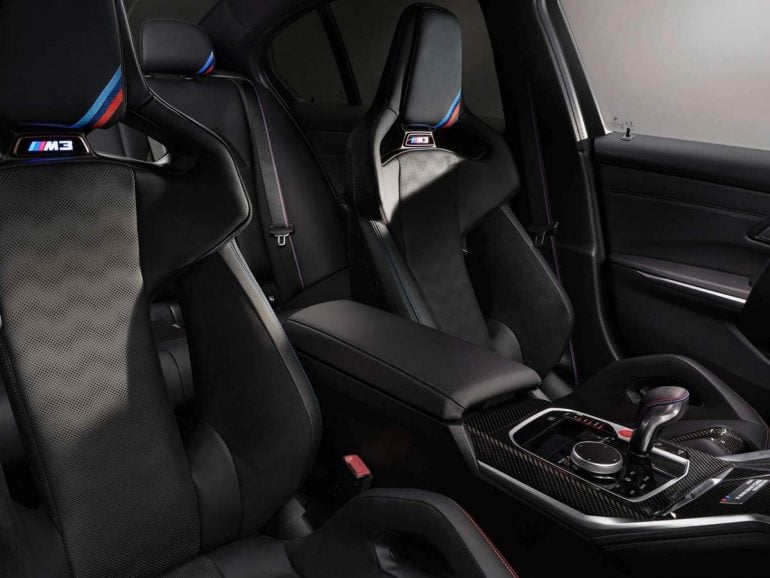 Regardless of the paint, each of the 500 units of the special edition will come fitted with forged Style 826M wheels finished in Orbit Gray, which will be supplemented with colored brake calipers available in either red, blue, or black. Buyers can also go for the optional carbon-ceramic braking system that can be distinguished by the gold-colored calipers. The special edition M3 also comes with a long list of standard equipment including a carbon fiber front splitter, a carbon-fiber roof panel, a carbon fiber spoiler on the trunk lid, and tailpipes made with carbon fiber and titanium. Of course, there’s plenty of special badging to commemorate the momentous occasion, which includes a heritage-inspired BMW motorsport emblem. 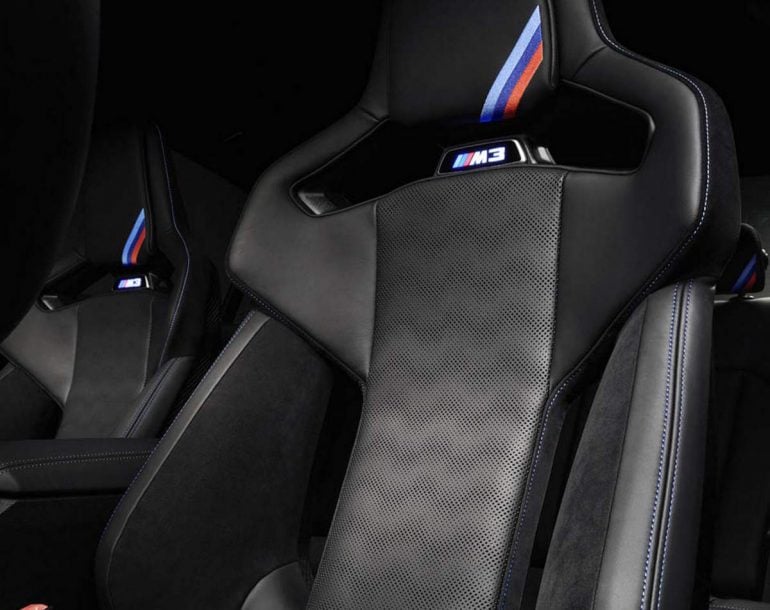 Inside the cabin, the special edition M3 gets a numbered aluminum plaque on the center console along with M-colored contrast stitching, and M stripes on the headrests. Sports seats are available as standard equipment for the front passengers, but carbon-fiber bucket seats are also available at additional cost. Additional features such as the Executive and Parking Assistance packages and a wireless device charger are supplied as standard. Mechanically, the celebratory Edition 50 Jahre BMW M is identical to standard the Competition xDrive variant. It is powered by a 3.0-liter twin-turbocharged straight-six that churns out 503 horsepower and 479 pound-feet of torque. The pricing starts at $96,695, which includes a mandatory $995 destination charge, and the production is slated to begin in July this year. 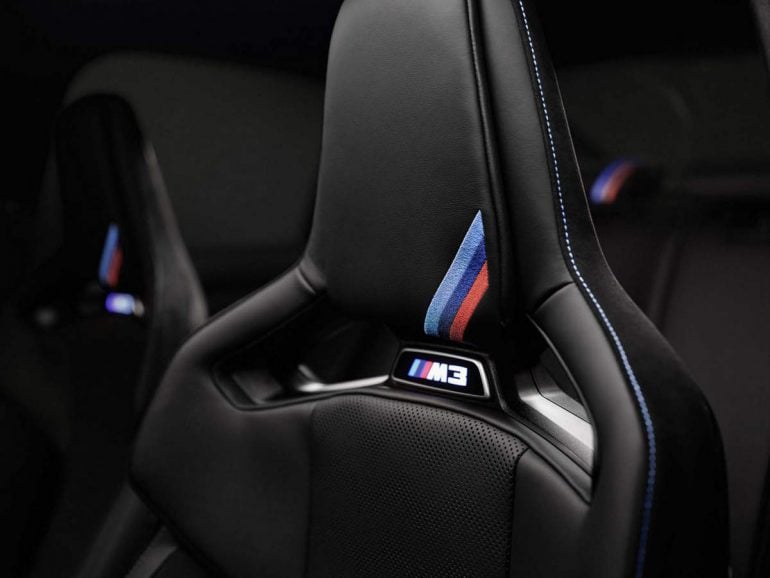 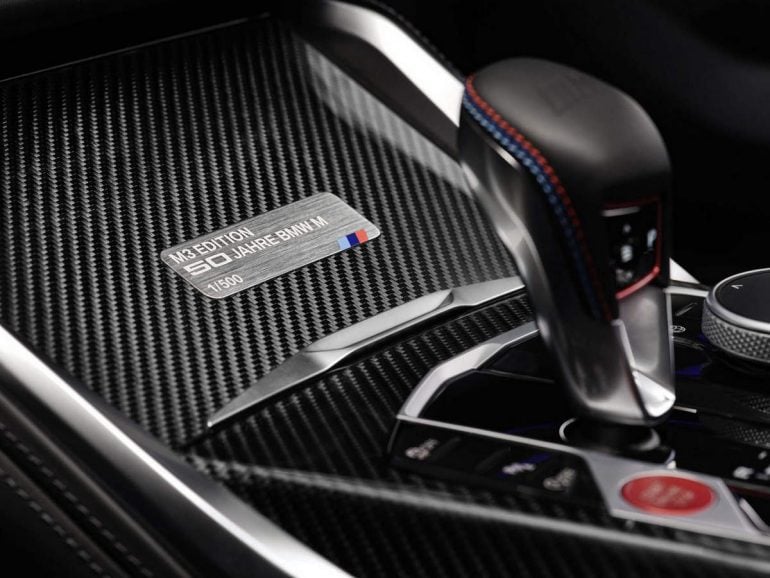 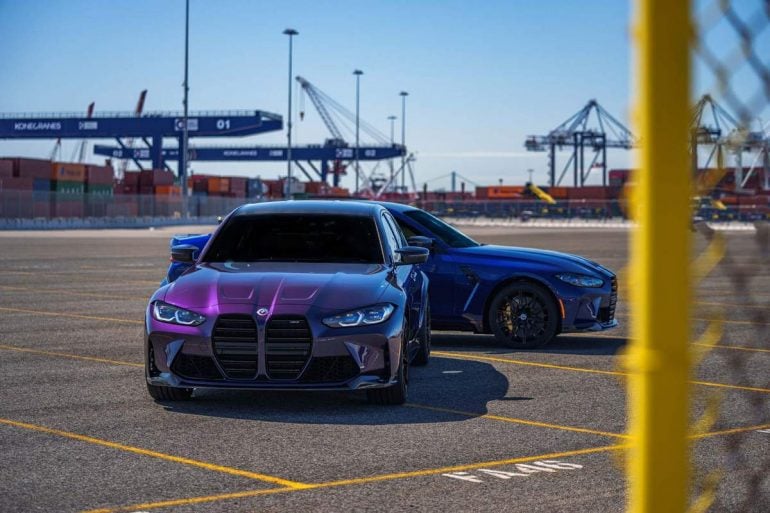 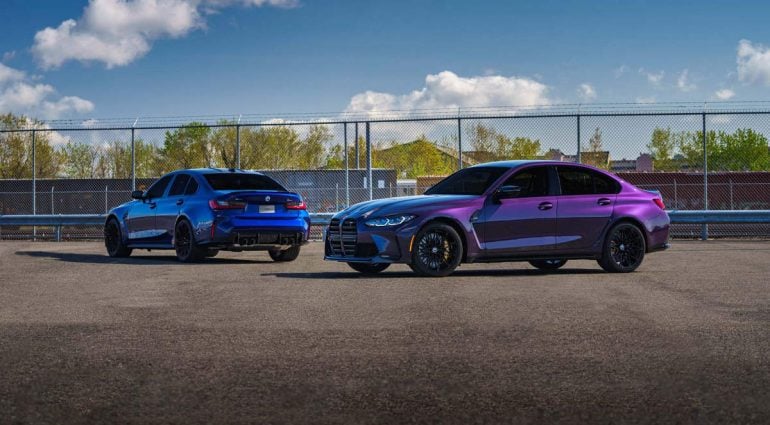 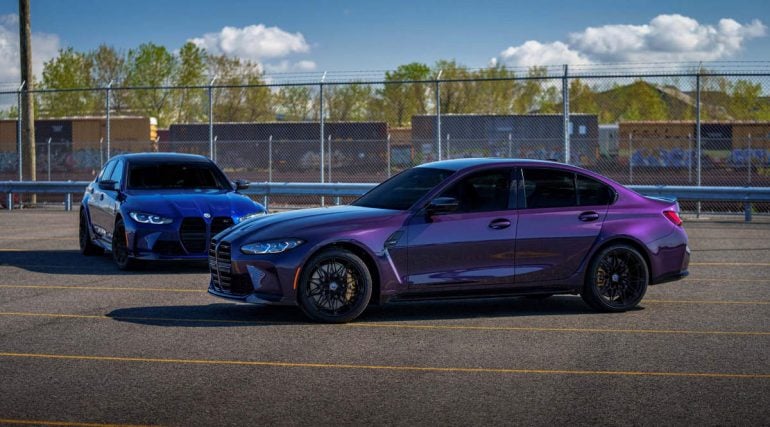 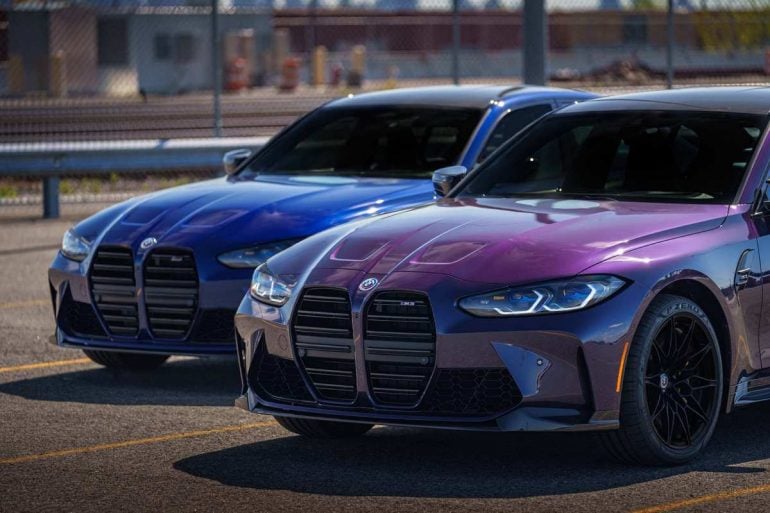 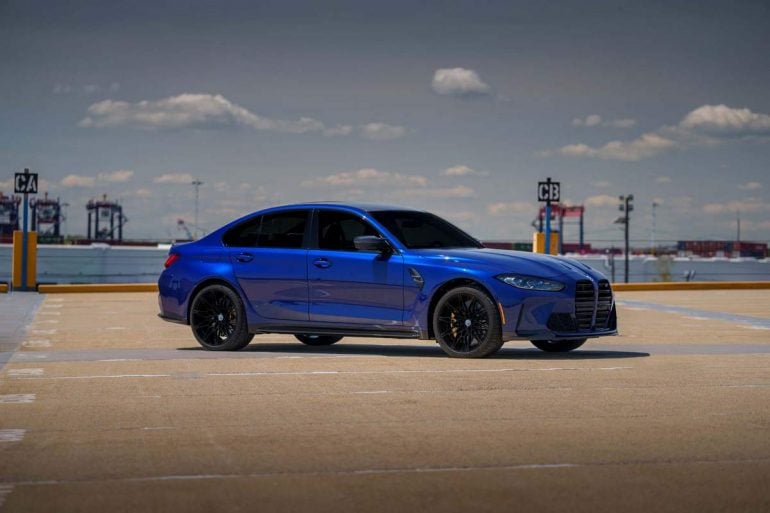 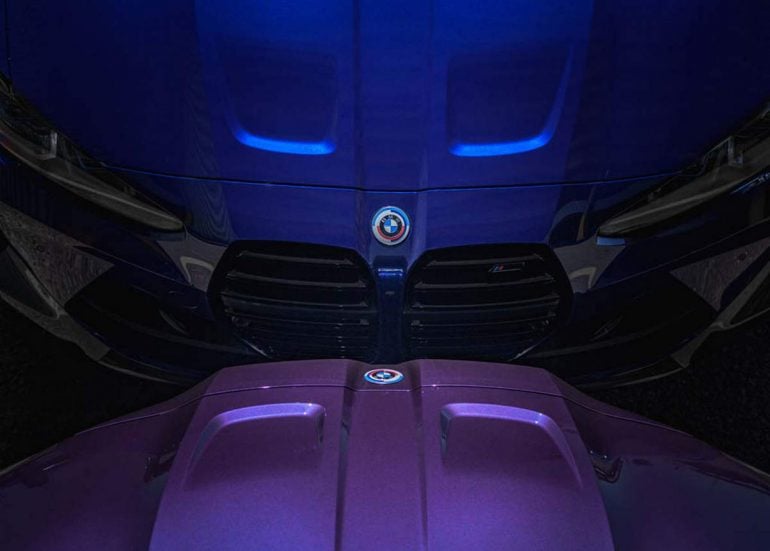 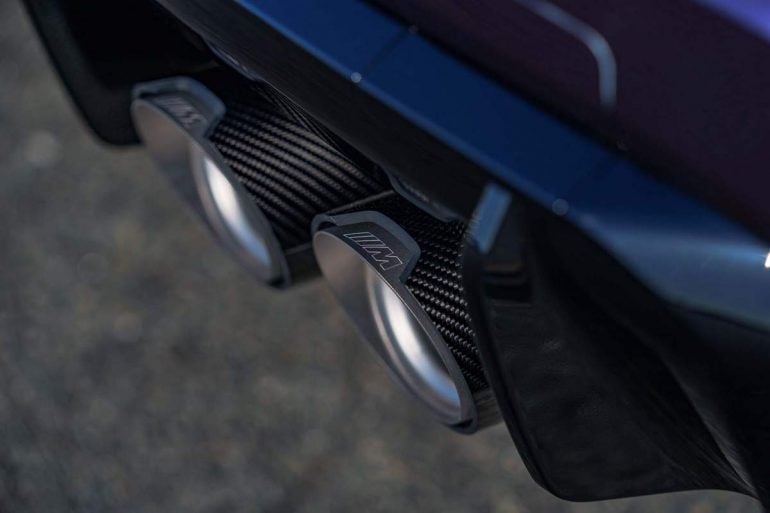 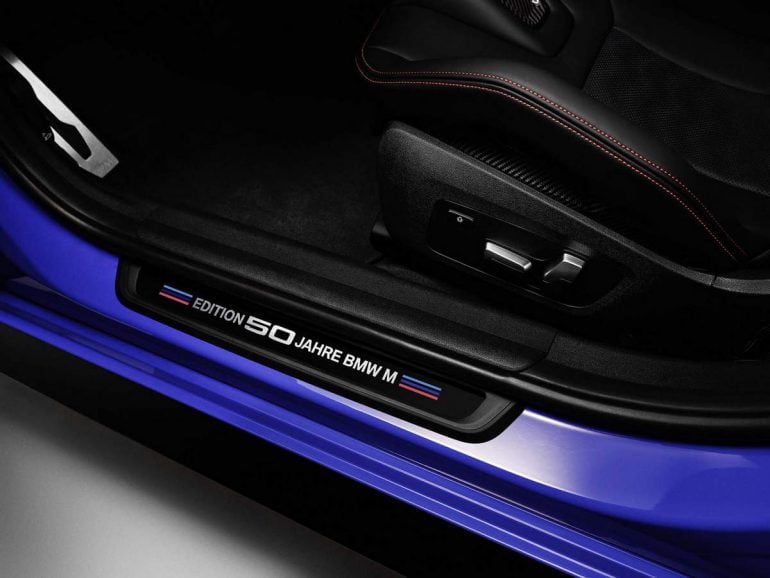 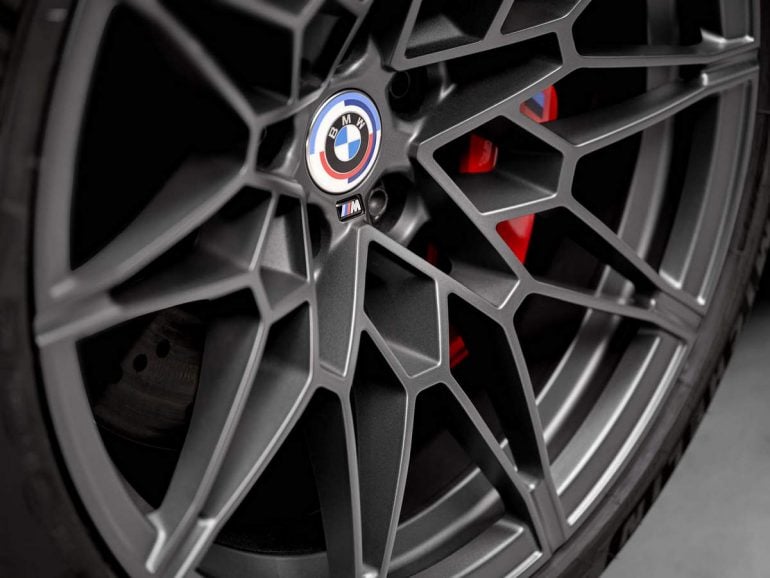 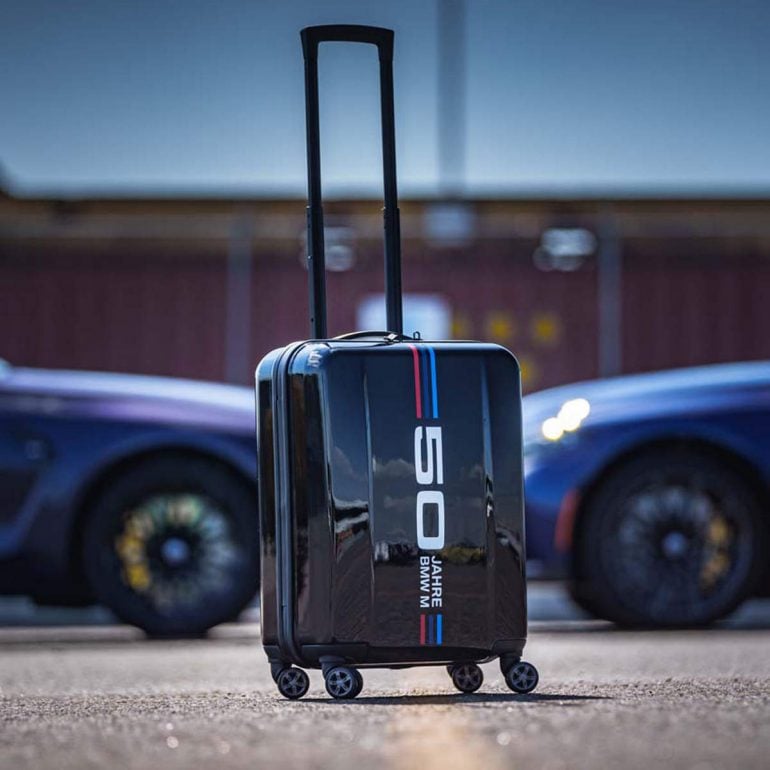 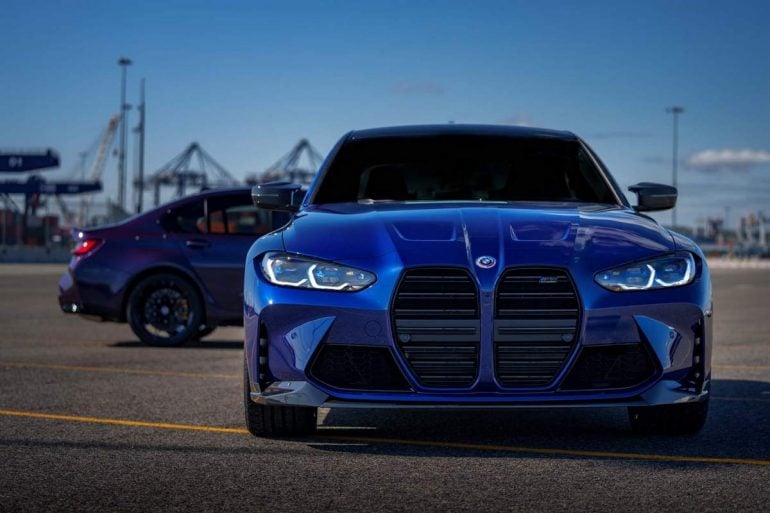