A few years back, BMW Motorrad introduced a futuristic-looking electric scooter concept named Concept Link. Intended to showcase the Bavarian automaker’s vision for the future and its plans to move towards sustainable mobility, the Concept Link looked like a wild iteration of its C650 scooter. It was followed by another concept dubbed the Motorrad Definition CE 04, which debuted last year. BMW has finally announced that it is putting the bold and striking electric scooter into production. And, thankfully, BMW did not come up with a watered-down version. The production CE 04 has mostly retained its quirky design elements and futuristic vibes. 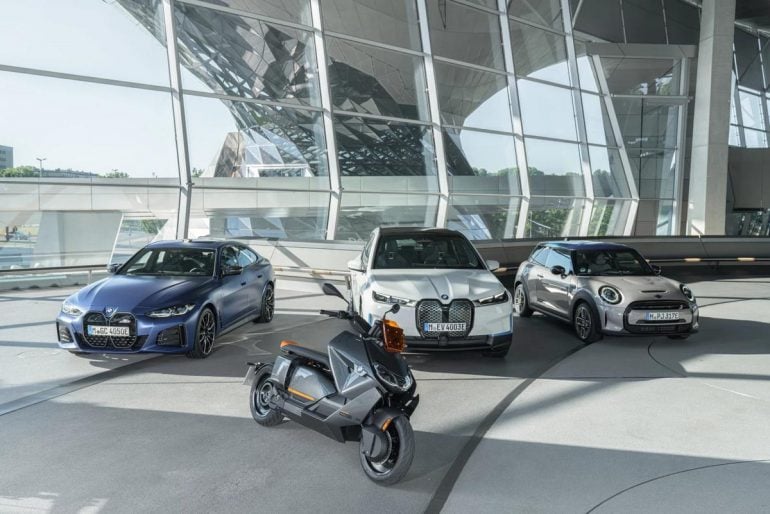 The BMW CE 04 is clearly designed as an urban vehicle. It looks no bigger than combustion-engine-powered large-sized scooters. However, the CE 04 gets a low-slung “floating” seat that looks near identical to the one seen on the concept versions and is completely flat. The front end gets sharp creases and lines, giving the electric scooter an aggressive look. In standard trim, the CE 04 wears white paint with black accents. However, buyers can go for the upgrade option that adds a glossy metallic gray finish with bright orange accents. 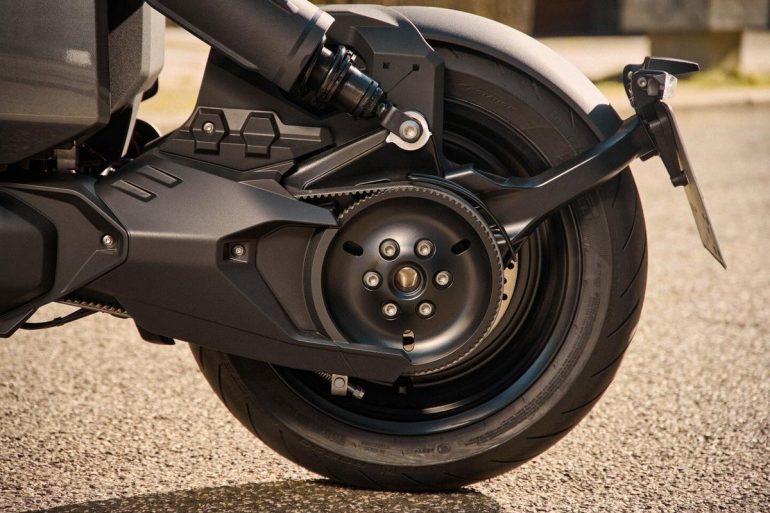 Behind the transparent orange-colored shield is a 10.25-inch TFT color display that serves as the instrument cluster and offers onboard navigation and Bluetooth connectivity. Underneath the seat is a flip-down side door that can be used for stowing a helmet. Additionally, there’s an ‘actively’ ventilated mobile phone charging compartment with USB-C charging port. 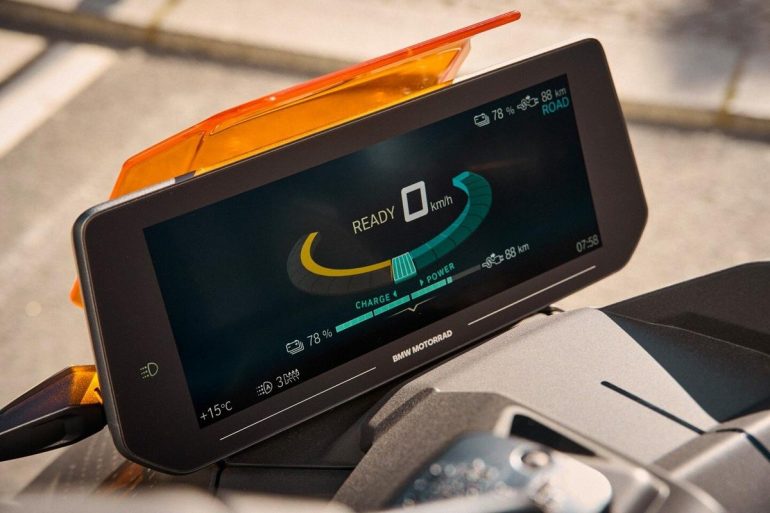 The BMW CE 04 is fitted with a liquid-cooled electric motor that is located between the 8.9kWh Li-ion battery pack and rear wheel. BMW says it has a maximum output of 31kW (42 horsepower) and a top speed of 120km/h (roughly 75mph). As far as the range is concerned, the electric scooter can cover up to 81 miles on a single charge. Using a domestic socket, the CE 04 will take 4 hours 20 minutes to fully charge. A quick charger will replenish the battery from 20 percent charge to 80 percent in 45 minutes. BMW has also packed the electric scooter with tech features such as automatic stability control, dynamic traction control, and an anti-lock braking system. The pricing for the US hasn’t been revealed as of yet, but it’s expected to be close to $12,000. 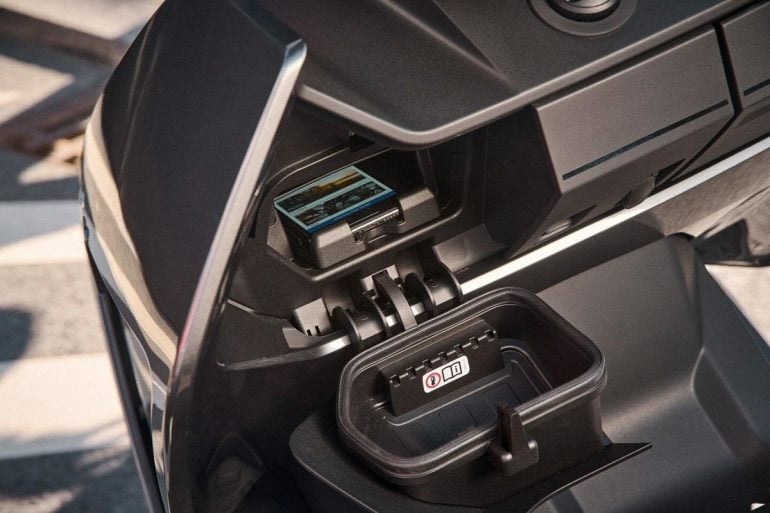 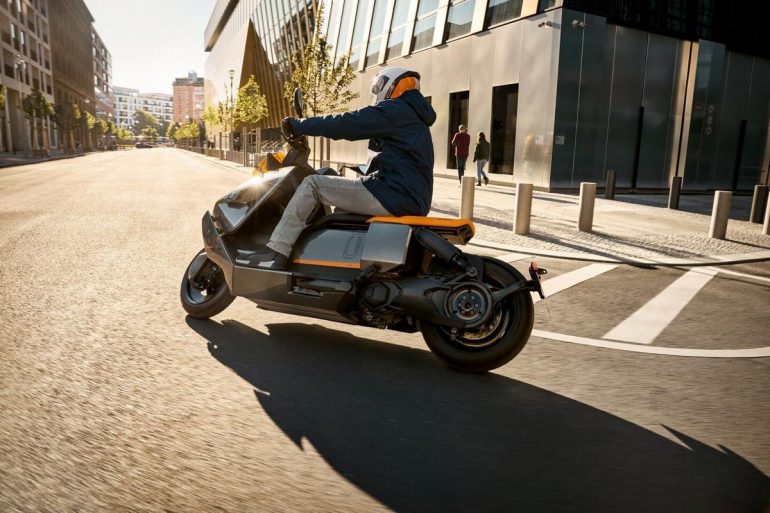 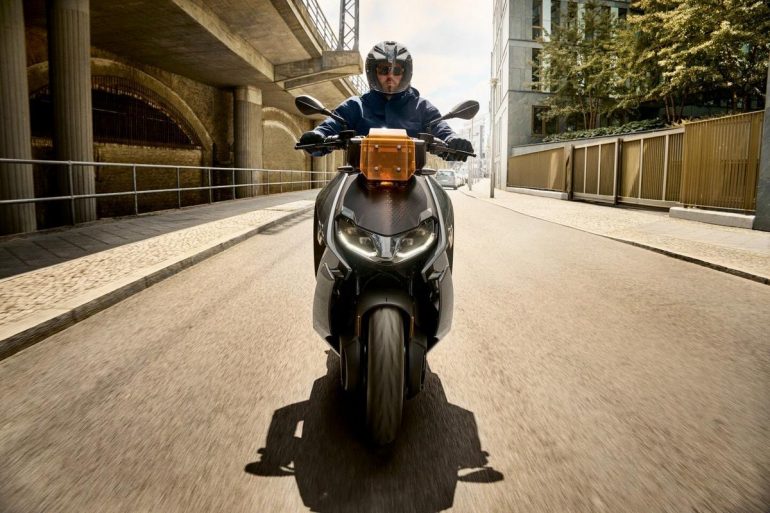 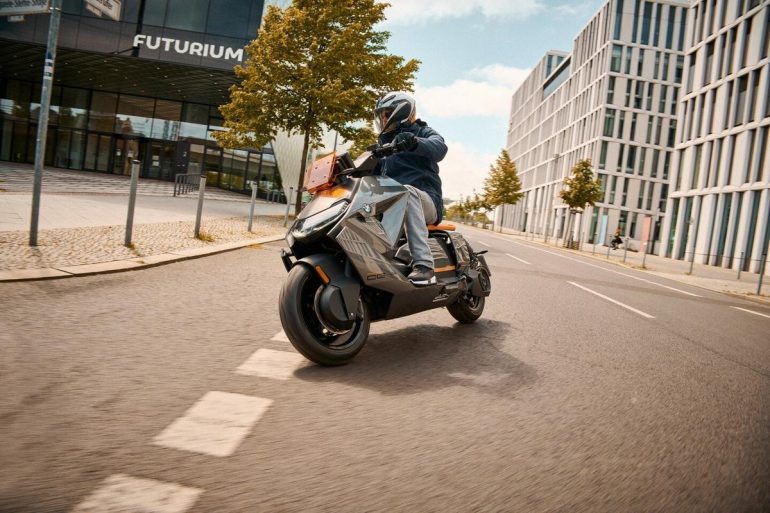 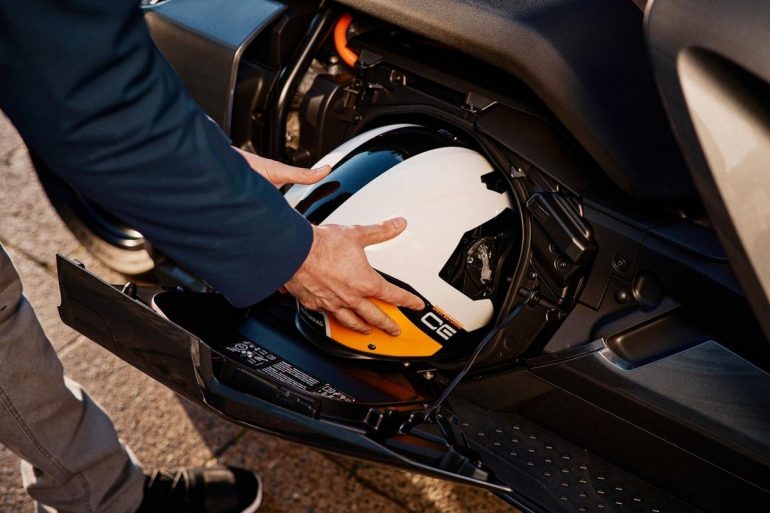 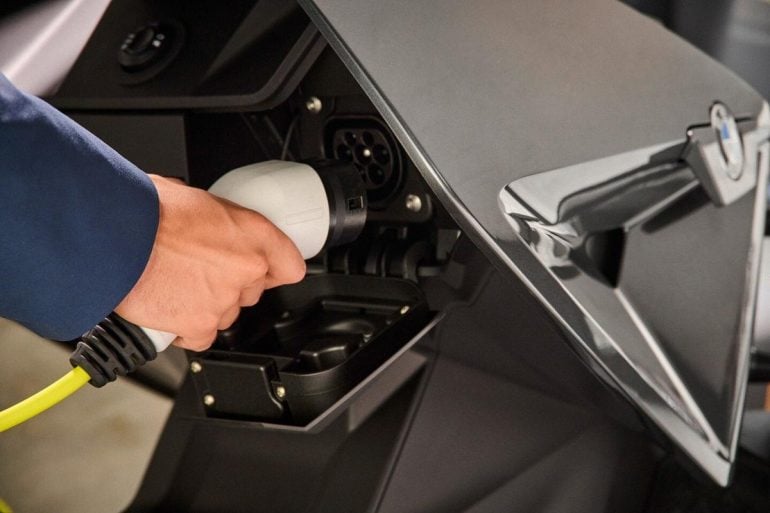 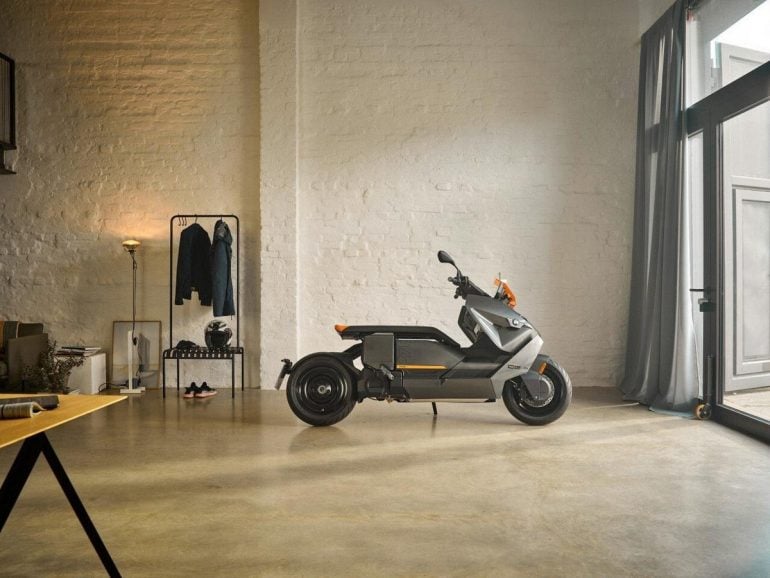 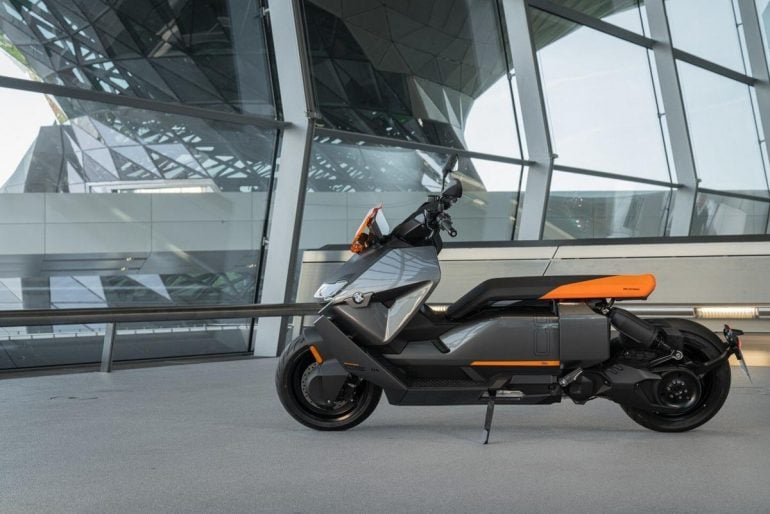 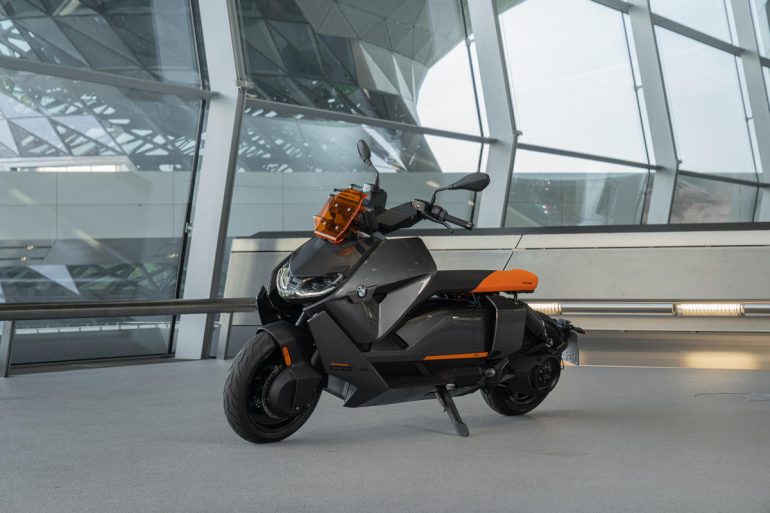 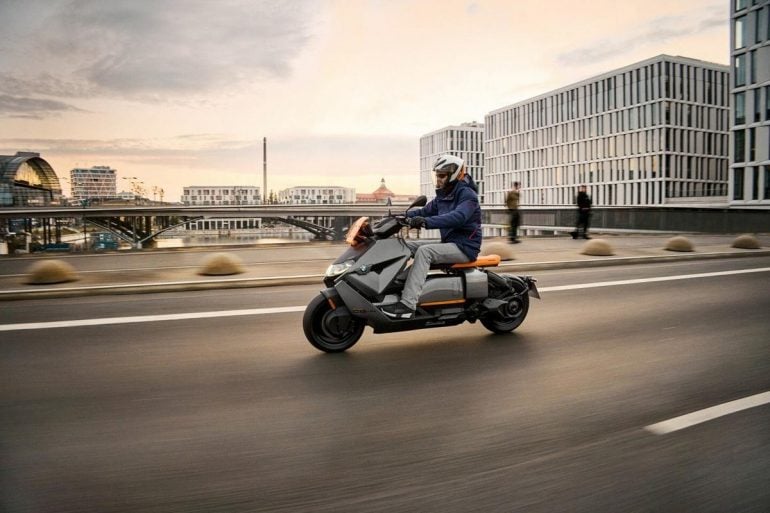