Brabus’ love for Mercedes G-Wagen isn’t new and the German aftermarket tuning company has given us some of the most wicked luxury 4x4s in the past. At last year’s Geneva Motor Show, Brabus showcased its high-performance G800 which was a Mercedes-Benz G65 AMG tuned to produce 800hp. The company which is known for creating high-performance machines has built a new G800 for this year’s Geneva Motor Show named the ‘800 iBusiness’. As the name suggests, along with the ostentatious dark body-kit the customized G-Wagen comes with a host of multimedia system, which is composed of Apple products, and it is quite possibly the world’s fastest and the most powerful office on wheels. It features the Widestar wide body version of Brabus along with its Platinum Edition 23-inch forged wheels that were designed specifically for the vehicle. 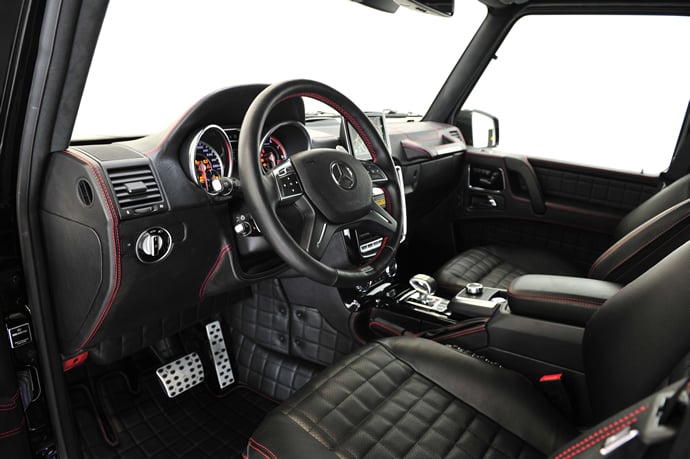 The Brabus 800 iBusiness is powered the 6.0 liter V12 Bi-turbo engine from the G 65AMG which is upgraded with a high-tech twin turbo system featuring a higher boost pressure. It has been tuned to produce 800PS (788hp) at 5,500 rpm and a peak torque of 1,420 Nm (1,047 lb-ft) from 2,100 rpm. So, despite is heavy body, the souped up G-Wagen has performance figures equaling some of the best sportscars. It can go from 0-62mph in just 4.2 seconds and the top speed has been electronically limited to 155mph. But it’s not the engine or its off-roading capabilities that’s highlight of the car; the main feature of the vehicle is its multimedia system that has turned it into very capable moving office. For the passengers to stay connected to the world and enjoy music, movies, and games, the 800 iBusiness is equipped with iPad mini, Mac mini, iPod touch and Apple TV and has high-speed modem with WLAN. It also features docking stations containing built-in chargers for the iPod Touch and iPad Mini and a special console that has a 15.6-inch monitor integrated into the headliner. 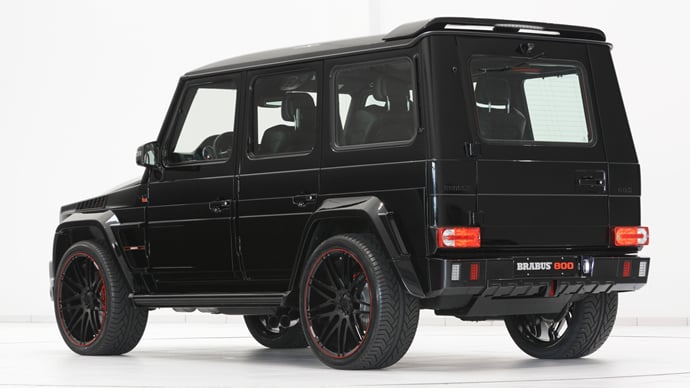 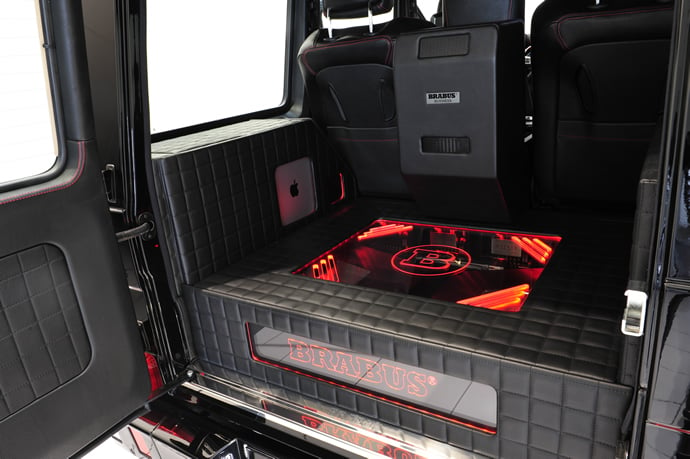 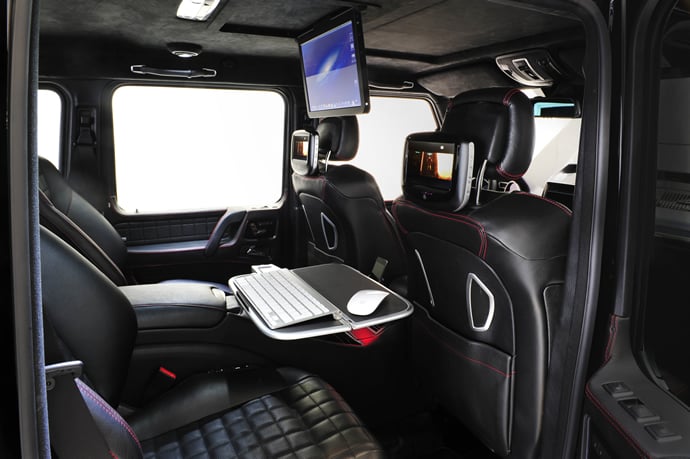