An apple a day keeps the doctor away, and many “Apples” in your vehicle, makes it fun to work on the go! You don’t really need a stretch Limo to accommodate the best of entertainment and connectivity; a four-seater luxury sedan can suffice too. Brabus, continuing with its fascination for Mercedes, after doing up Mercedes SL65 Vanish , Mercedes Benz ML63 AMG Widestar, and the Mercedes Benz SLS AMG Gullwing is now presenting to the world, the Mercedes S600 “iBusiness” Sedan. This new deign will feature the latest Apple components for the best entertainment experience. The epicenter of the system is an ultra-small Mac minicomputer placed under the rear shelf. Connected to the system are two iPads in the rear compartment to play movies, music and Connect to the Internet and control the entire functioning of the S-Class COMAND system, which includes the radio, the telephone and the navigation system.

The entertainment system also includes a 15.2-inch TFT display set inside a headliner which is covered with Alcantara and contrasted with leather. For music, there is a 64GB Apple iPod touch, with a 14, 000+ song capacity, which is synced with either the S-Class sound system or Sennheiser Noise Gard headphones. The system also provides for USB2.0 ports in the rear compartments for connecting devices. You can dock two tablet PCs and a Bluetooth keyboard in the rear adjustable tables provided for them. The car features custom-made compartments to put away all these gadgets when not in use. A BRABUS app for iPad and iPhone to be launched shortly will also come as a part of the deal. 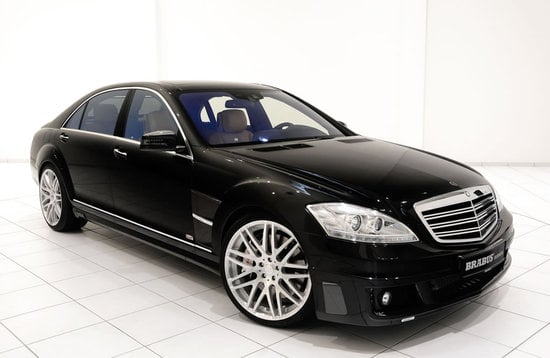 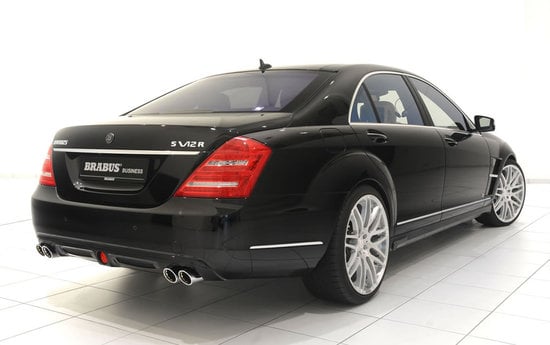 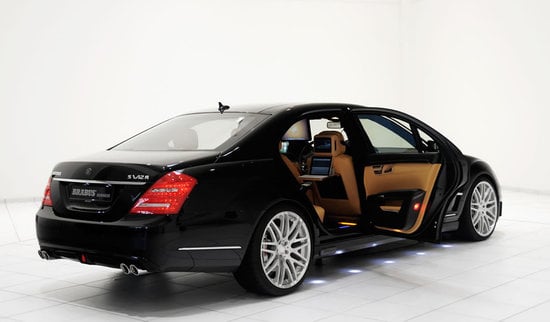 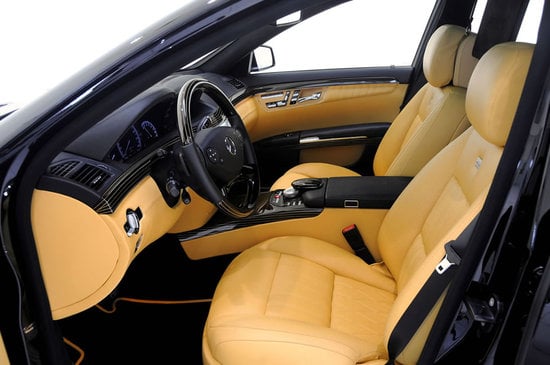 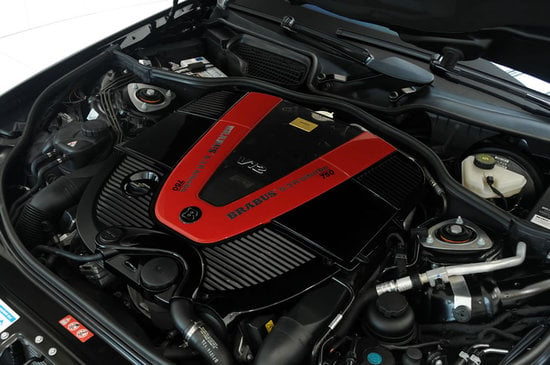