The level of exclusivity that comes with each car that wears the iconic Bugatti logo is simply unmatched. After all, the company builds less than 100 cars every year at its relatively small assembly plant in Molsheim, France. The master craftsmen at the facility carefully put together each Bugatti by hand over several months to meet the exacting standards of the fabled automaker. Each and every component seems like a piece of art. But one thing which is much less talked about is that big oval badge that sits on the iconic horseshoe grill of all Bugattis; it’s way more special than one might think. Called the Macaron, the red and white badge has largely gone unchanged since it was first used on the first production Bugatti, the Type 13. That’s what makes it incredible as the badges and emblems of just about all other famous automakers have evolved over time. 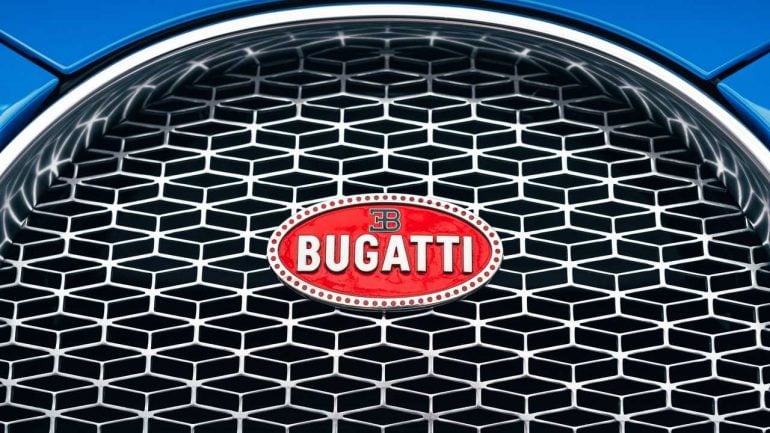 It is believed that the Macaron was designed by Ettore Bugatti himself, which was derived out of a design he made for engine maker Deutz. The idea behind the badge was to keep it simple and make it visually eye-catching, which immediately grabbed attention towards the horseshoe-shaped grill. Inspired by the Art Neuvo movement, the white lettering with the bright red background made it distinct, especially in the early 1900s, which is complemented by 60 surrounding “pearls” and the initials of the company founder. For over a century, the Bugatti badge has almost remained identical to the original. And Just like the bespoke and handmade nature of the Bugatti cars, the badge is equally special treatment. “The importance that the Bugatti Macaron still has for our brand today is shown by its unrivaled quality, the loving attention to detail, and also the weight,” says Stephan Winkelmann, President of Bugatti. The solid badge is made of 970 sterling silver and weighs over a quarter of a pound. In fact, Winkelmann says it is one of the very few “components on our vehicles where weight does not play a role.” According to the manufacturer, a single Macaron takes about 10 hours of work to create and a total of 20 people are involved in the process. Each badge is hand-painted and polished, which means no two Bugatti badges are truly identical, making them that much more special.