Chinese Internet search giant Baidu has been investing heavily in developing autonomous driving technology that’ll power a wide range of vehicles. To further enhance its presence in the automotive industry, the company has revealed an all-electric heavy-duty truck by the name of Xingtu. The battery-powered electric truck was launched through Baidu’s DeepWay and appears to be one of Tesla Semi’s biggest competitors. And just in case you think the Xingtu looks pretty darn good, that’s because the Chinese electric truck has been designed by none other than famed Italian design studio Pininfarina. However, it’s not just a good-looking concept vehicle but a seriously impressive EV with top-notch specs and hardware – at least, on paper. 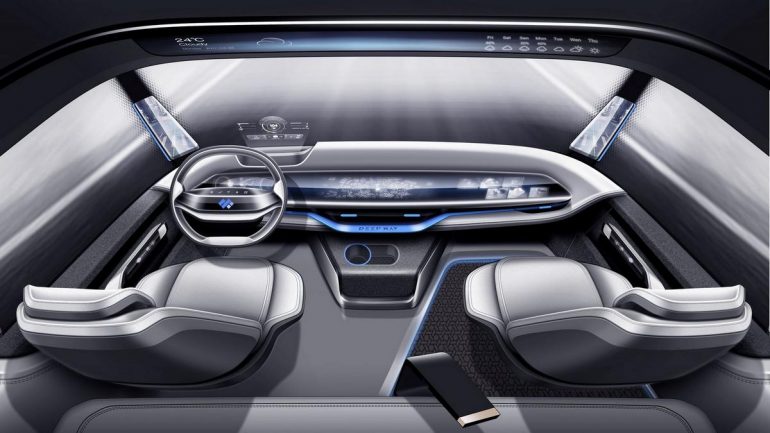 The official press release by DeepWay includes a lot of jargon with the word ‘Deep’ suffixed to them. However, to make things simple, the company points out several standout features of the Xingtu electric truck. The aerodynamic design of the truck is super-slippery with a low drag coefficient of just 0.35, which should effectively help in reducing energy consumption. The truck is powered by a 450kWh battery pack that can offer a range of 300km (about 186 miles) and can be fully charged in just an hour. DeepWay also claims that the battery pack can easily be swapped out in just 6 minutes, which is incredible.

But the highlight of the Xingtu truck is its fully-autonomous driving capability. The truck features Baidu’s Highway Intelligence System that includes 11 onboard cameras, one infrared detector, five millimeter-wave radars, and a LiDAR sensor. As per the company, the Xingtu is designed to offer end-to-end autonomous driving. Despite being fully autonomous, the truck has manual controls inside the cabin which is designed more like a luxury car cabin than what you’ll expect in a traditional semi-truck. The design renders show two captain’s chairs along with a relatively-small steering wheel and a massive pillar-to-pillar display. 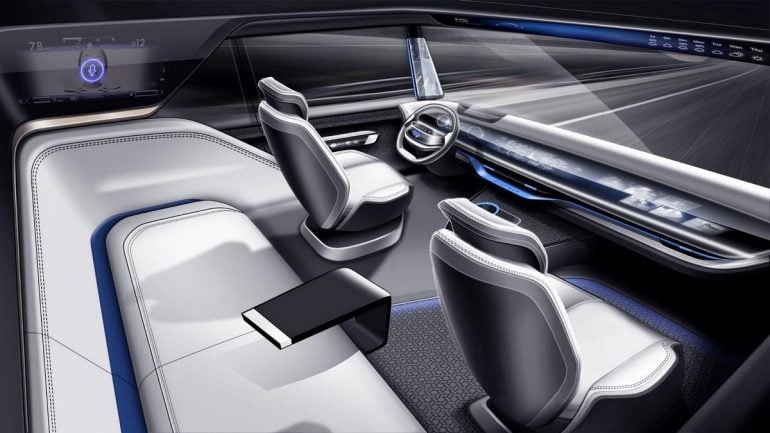 It’s only obvious that comparisons will be drawn with the Tesla Semi, which is nowhere to be seen despite being revealed in 2017. When it was revealed, Tesla CEO Elon Musk said that the Semi would come standard with Tesla Autopilot for semi-autonomous driving on highways and the Class 8 semi-truck will have a range of 500 miles, which is quite a bit more than the DeepWay Xingtu. Yet, no one really knows when the Tesla Semi will enter production; although, Musk said it won’t roll off the factory anytime before 2023. DeepWay hasn’t confirmed if the Xingtu will reach production.