Koenigsegg wasn’t jesting while claiming that the CCXR is the fastest street-legal hypercar in the world. To prove this point, Christian von Koenigsegg took, the founder of the Swedish supercar brand, recently sat behind the wheel of the Bugatti Veyron 16.4, the reigning champion of hypercars, and pitted it in a race against his own creation, the CCXR. The two cars were tested for speed in a rolling start race, on an airstrip in Ängelholm, Sweden. This is also the hometown of Koenigsegg and the company’s cars are developed there. Given the fact that the Veyron accelerates quicker off the line, with its all-wheel drive system, a rolling drag race was held. Surprisingly, and much to Christian von Koenigsegg’s pleasure, the CCXR managed to pull ahead of the Veyron. 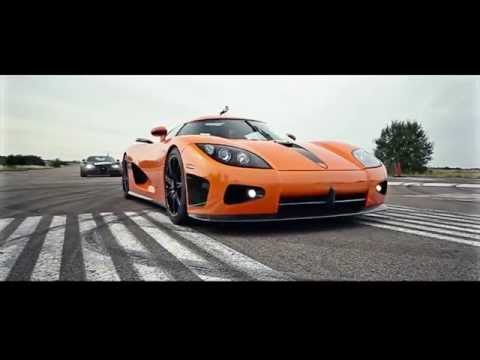 Tags from the story
Bugatti-Veyron, Koenigsegg