If you have been in the market looking for the grandest of all luxury private jet, there’s good news! For just $28 million, you can a very, very special jumbo jet – the Japanese Air Force One. That’s right, the Boeing 747-400, which, until recently ferried the Japanese Prime Minister’s across the world is up for sale. Registered by the Japanese Air Self Defense Forces, the aircraft was built in 1991 and has served 14 Japanese prime ministers and the country’s emperor during its service. Despite the fact that it’s almost three decades old, the customized jumbo jet is in pristine condition. According to the listing, the Japanese Air Force One has made only 13,569 landings and accrued just 16,332 hours of flight time, which is very low for a Boeing 747. “One of the lowest-time Boeing 747-400’s in the world. Aircraft has been maintained to the highest possible standard,” says the posting. “Shows like new. Bedroom, shower, office and lounge area. Aircraft will be delivered fresh from C-check and paint. This looks like a factory-new aircraft.” 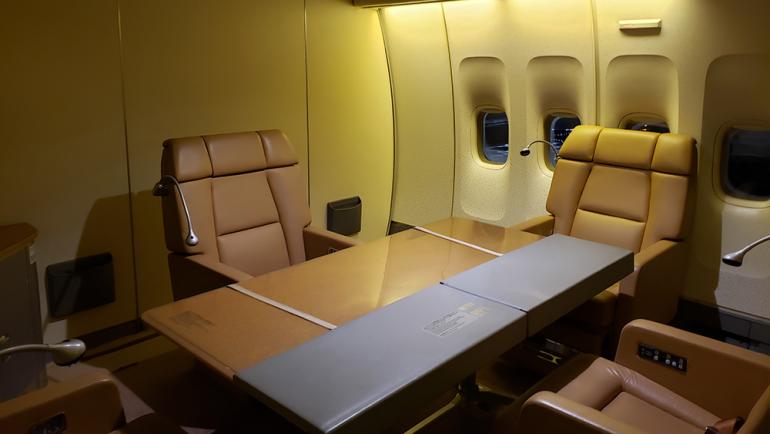 In terms of customization, the Japanese Air Force One was modified to include a bedroom, shower, office and lounge area, along with 85 seats, which is fairly high in comparison to the US Air Force One with 70 seats. The commercial 747-400s are usually configured to carry anywhere from 416 to 650 passengers. The aircraft is also outfitted with banks of business class seats for dignitaries and also has a smaller “secretary cabin.” This particular aircraft is one of two that were used for official VIP transport in Japan and both have been retired and replaced by a pair of Boeing 777-300ER jets. 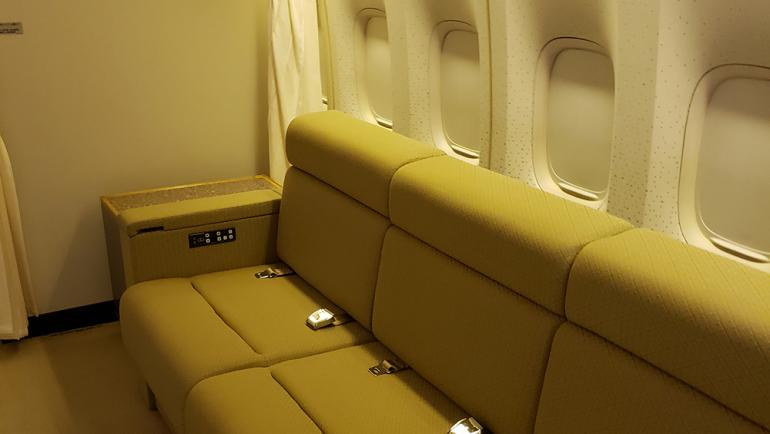 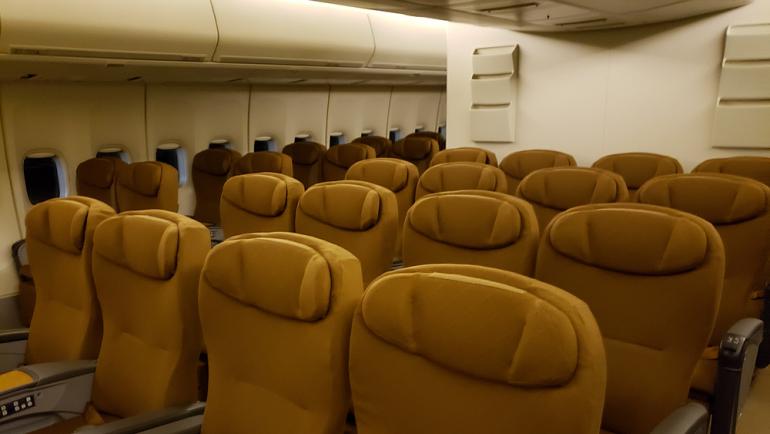 Tags from the story
Aircraft, Japan