The whole Russia-Ukraine war that resulted in unprecedented sanctions against Russia and a lot of its wealthiest individuals brought a lot of attention towards some of the most expensive superyachts linked to Russian oligarchs. In fact, we’ve been actively tracking the cat and mouse game between the western authorities trying to seize the multi-million vessels and the oligarchs desperately trying to protect their assets. However, this time around, the incredible superyacht we decided to have a closer look at has nothing to do with any sanctioned Russian billionaire. 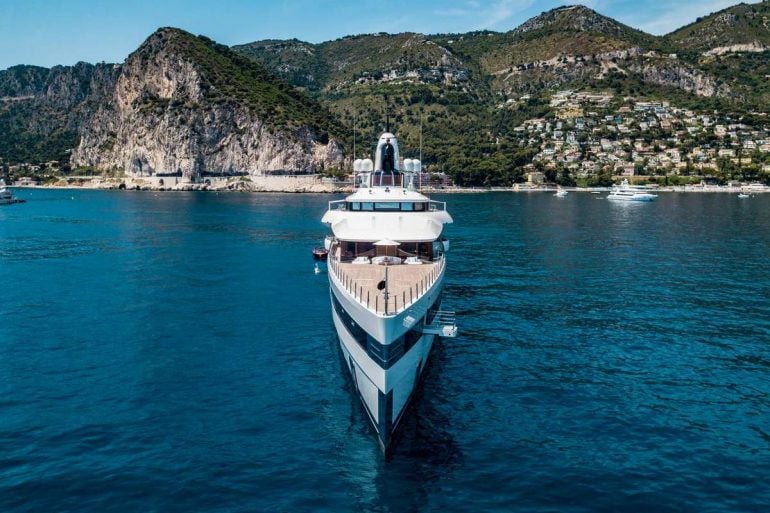 In fact, this $192 million pleasure vessel belongs to American billionaire and NFL team owner Dan Snyder. Behold the M/Y Lady S, a beautifully designed superyacht that offers some of the best facilities of any luxury vessel of its size and packs an industry-leading feature; but more on that later. There’s even a recently-setup Twitter handle dedicated to track the movement of Lady S superyacht. 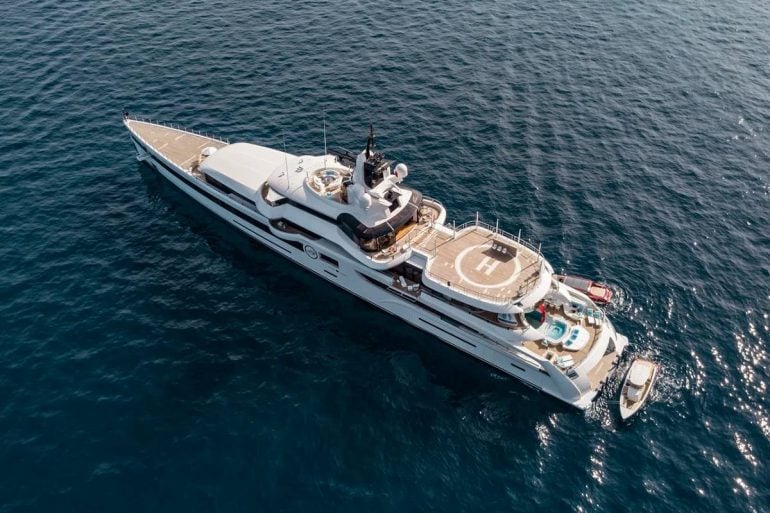 Delivered in 2019, the Lady S superyacht was built in the Netherlands by Feadship. It measures 93 meters in length, making it the Dutch company’s fifth-largest yacht at the time it was delivered to Snyder. The contemporary design of the superyacht was penned by award-winning UK-based studio Michael Leach Design, while the naval architecture was developed by Feadship De Voogt Naval Architects.


Decked out in all-white which is contrasted by its black tinted windows, the superyacht features a steel hull, aluminum superstructure, and a gorgeous teak deck. The vessel has a gross tonnage of 2999.0 GT and a 14.1-meter beam. Powered by two diesel engines, she has a top speed of 17.5 knots and a cruising speed of 14.0 knots.
The interior of the Lady S superyacht was designed by Reymond Langton Design; although, there are no pictures of the vessel’s inside available on the internet. However, according to Edmiston, the superyacht’s interior design gets plenty of dazzling white and huge sparkling crystal chandeliers to give it a “contemporary jewellery box” appeal.
The vessel can accommodate up to 12 guests across seven cabins, which include a master suite, two VIP staterooms, two doubles, and two twins. Additionally, Lady S has accommodation for 33 crew members including the captain.
As far as the list of amenities goes, the pleasure craft gets a commercial helicopter landing pad, along with onboard facilities to play golf, basketball, football, and volleyball. The beach club sits beneath the large glass-bottomed swimming pool and features a hammam and a plunge pool. Another interesting feature of the vessel is its massive 200-inch C Seed outdoor TV located on the aft deck.
However, the defining feature of the Lady S superyacht has to be its IMAX Dolby cinema – a first in the world of superyachts. According to Feadship CEO Jan-Bart Verkuyl, the IMAX cinema was Snyder’s “main request” and was built at the cost of $3 million. The 12-seat theater is so big that the vessel had to be designed around it, overcoming the challenge of sound-proofing to isolate the theater from the engine noise and meeting IMAX’s stringent norms.
Dan Snyder is a 57-year-old American businessman whose current net worth is believed to be around $4 billion. After dropping out of college, Snyder started a business chartering planes to fly college kids to sporting events which made him a millionaire by the time he turned 20. He then went on to set up a marketing company by the name of Snyder Communications. The company was publicly listed in 1996, making Snyder the youngest public-company CEO on the New York Stock Exchange. Before selling his company to French firm Havas for $2.1 billion in stock in 2000, Snyder bought the NFL team Redskins for $750 million, which was believed to be the most expensive transaction in sports history. The football team is currently valued at $3.4 billion; although, the team has been surrounded by controversies for decades around its name and had to finally change it to Washington Commanders in 2020. Interestingly, Snyder cleaned and mopped the floors at the cafeteria inside the National Institute for Health as a high school student.
Tags from the story
Billionaires, Superyacht