Back in 2017, Tesla CEO Elon Musk had surprised everyone by showcasing the prototype of the second-generation Roadster and said that the electric sports car will arrive in 2020. Well, this has been a weird year with the Covid-19 pandemic and everything, and no one really has bothered asking Elon about the lack of information on the upcoming Roadster; however, the genius entrepreneur recently made another surprising announcement at its “Battery Day” event. The Tesla CEO revealed a new high-performance variant of the company’s flagship sedan that boasts of performance numbers which make your head dizzy. Called the Model S Plaid, the EV will have a total of 1100 horsepower on tap that will help it achieve the sub-2 second 0-60mph time and a top speed of 200mph. In addition to that, it will be able to do quarter-mile runs in the nines and lap the Laguna Seca circuit in 1:30.33, and still have a range of over 520 miles.

Just to put things into context, that’s the kind of performance you won’t get from even a hypercar worth millions of dollars, including some of the hyper electric cars that are yet to hit the market. The only place where a $3 million Bugatti Chiron surpasses the Model S Plaid is in its top speed figure. And Tesla will give you all of this performance for just $140,000. That’s absolutely crazy! Tesla hasn’t revealed a lot of information as of yet, but what we know is the Plaid uses a new tri-motor all-wheel-drive system. Elon went further to claim, “we’re confident the Model S Plaid will achieve the best track time of any production vehicle ever. Of any kind. Two door or otherwise.” According to Tesla, the Model S Plaid would go into production in late 2021 and can be pre-ordered now with a deposit of $1000. 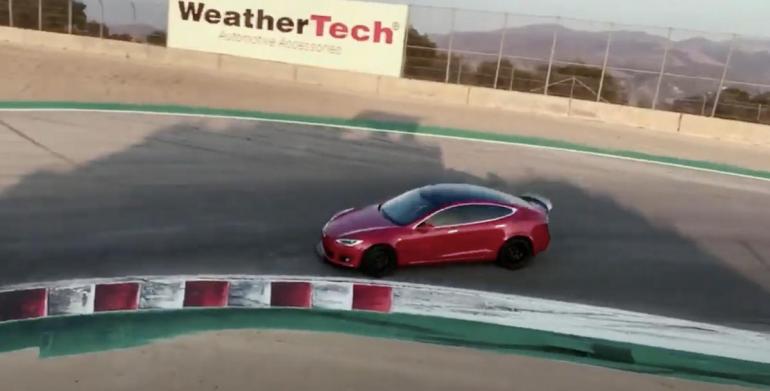