Silicon Valley-based EV start-up Drako Motors has previewed its next car: a 2000-hp all-electric super SUV that will carry the nameplate Dragon. It’s a follow-up to the $1.3 million Drako GTE that was unveiled at the 2019 Pebble Beach Concours d’Eleganc. The 1200-horsepower electric supersedan was said to be underpinned by the chassis of the ill-fated Fisker Karma and a limited production run of only 25 examples was announced back then. The company from San Jose claims that it is “in full swing building and delivering GTE to customers and investment partners.” The upcoming Drako Dragon is due for a full reveal later this year and the company for now has only released a series of shadowy images as a teaser. 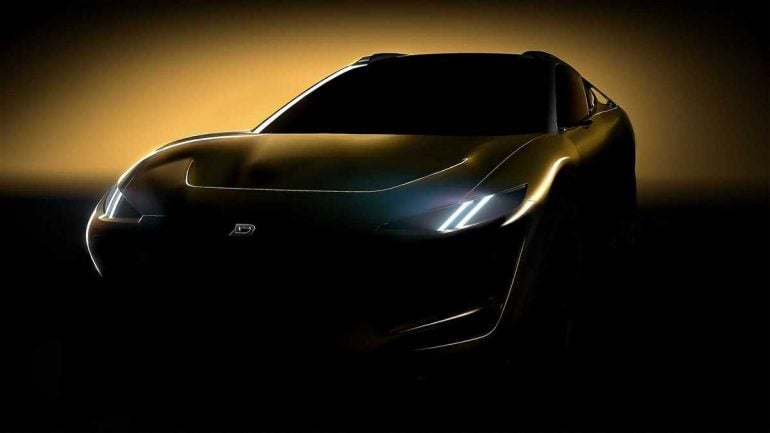 The teaser images show a sporty SUV with a coupe-like sloping roofline at the rear. While most of the styling elements have been left darkened in images, the SUV’s silhouette suggests it might look very similar to the Lamborghini Urus. In fact, the Drako Dragon’s design work has been done in Italy by Lowie Vermeersch, who previously was the design director at Pininfarina. The images also reveal some interesting design highlights such as gullwing doors, flying buttresses, a large scoop on the hood, and side view camera mirrors. There are no teaser images of the cabin but Drako says the interior will be wrapped in “Europe’s finest, most sumptuous leather.” 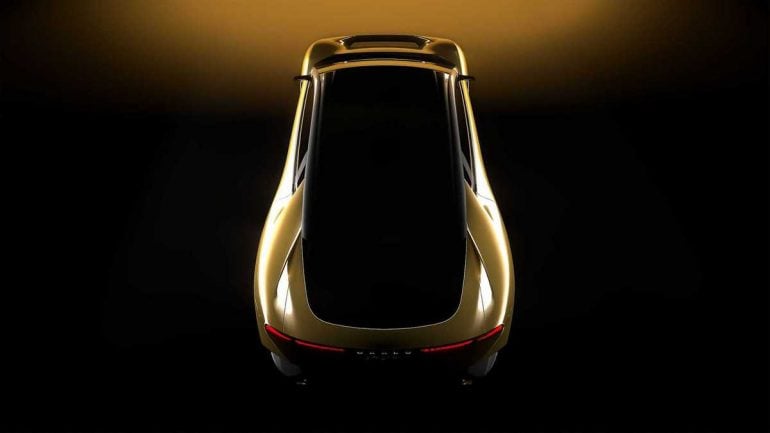 Ahead of its official reveal, the company has also revealed some insane specs and performance figures. The sporty SUV will feature Drako’s new DriveOS Quad Motor Powertrain that will have electric motors at each wheel, offering a cumulative output of 2000hp. Drako claims the SUV will have a top speed of over 200mph and will be capable of accelerating from zero to 60mph in just 1.9 seconds with the quarter-mile supposedly arriving in 9.0 seconds. Although the battery capacity has not been revealed, but Drako Dragon will be powered by an in-house-developed battery. The pricing has not been announced as of yet but Drako says it will be “priced competitively to the existing super-SUV segment.” 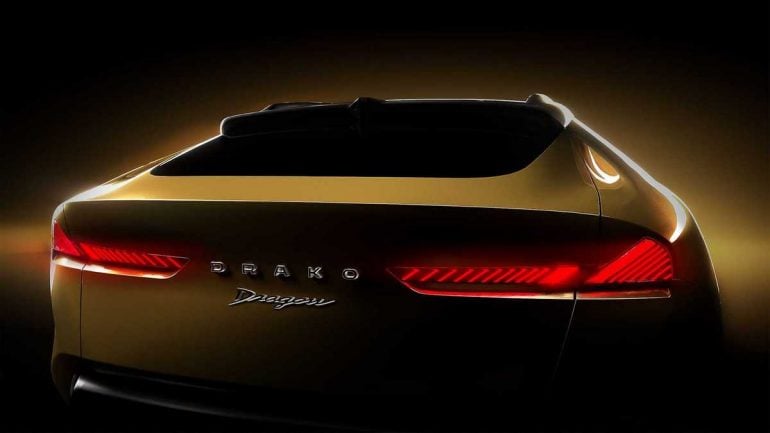 Tags from the story
Electric-Cars, SUV