Even the most well-informed automotive enthusiasts might be aware of the fact that there was a time when famed Italian manufacturer Maserati tried to get into the motorcycle business. After purchasing a Bologna-based motorcycle manufacturer Italmoto in the early 1950s, Maserati started making two-wheelers that were even exported to outside Europe. However, the company’s poor financial situation and increased competition from other Italian motorcycle manufacturer forced Maserati to shut down the division by 1960. Currently, the iconic Italian brand is trying to reinvent itself and restore its old glory. The beautiful Maserati MC20 sports car is the first step to that plan, which also involves battery-electric cars. However, will Maserati ever go back to making motorcycles is an intriguing question, despite the fact that we’re pretty sure it’s not happening anytime soon. Well, if it does, this electric motorcycle concept will be a good place to start. 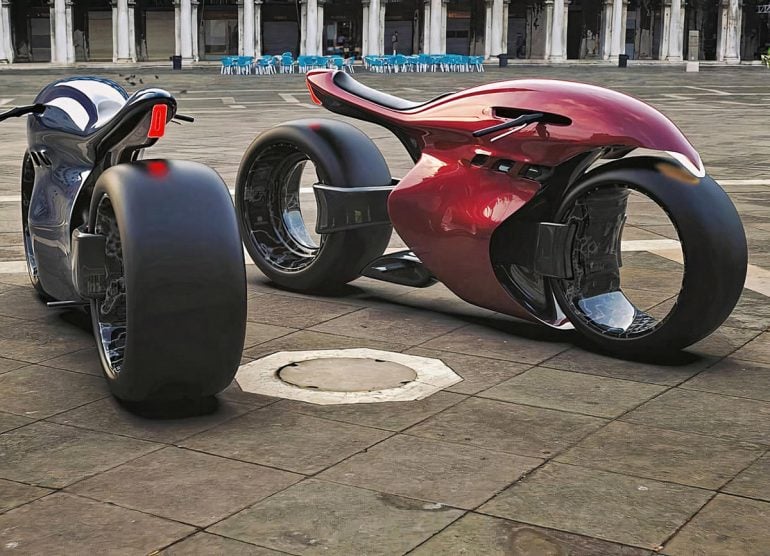 Created by a designer named Tomáš Klečka from the Czech Republic, this futuristic motorcycle concept proudly boasts Maserati’s trident logo on the fairing. According to the Brno-based designer, the Maserati motorcycle concept draws inspiration from the Xenmorph creature featured in the Alien film series. The striking design of the electric motorcycle also clearly shares design cues with Tron’s light cycle, especially the massive hubless wheels. The concept rendered in a dark red shade gets a white racing stripe with the Maserati logo. The sleek LED headlight is integrated into the bodywork, while the slim tail lamp juts out of the rear section. The concept motorbike has quite an aggressive riding position, suggesting sporty characteristics; however, the designer didn’t mention anything about the powertrain except for saying that it is all-electric and has a maximum range of around 130-miles when fully charged. 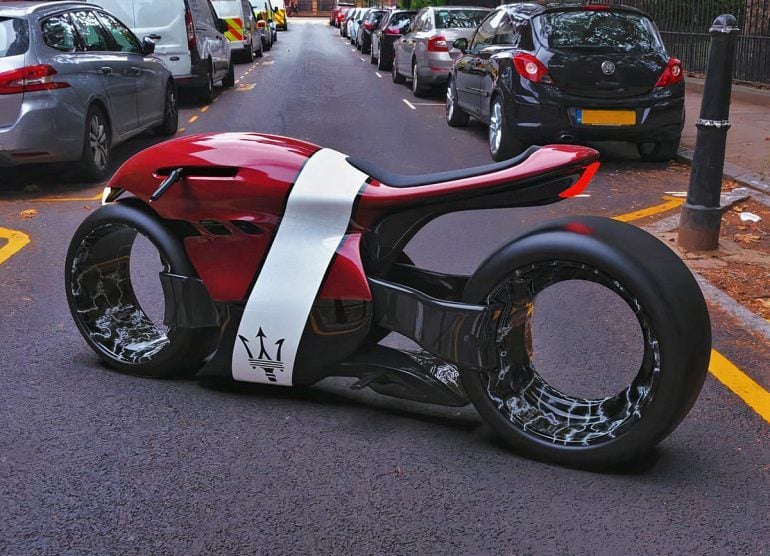 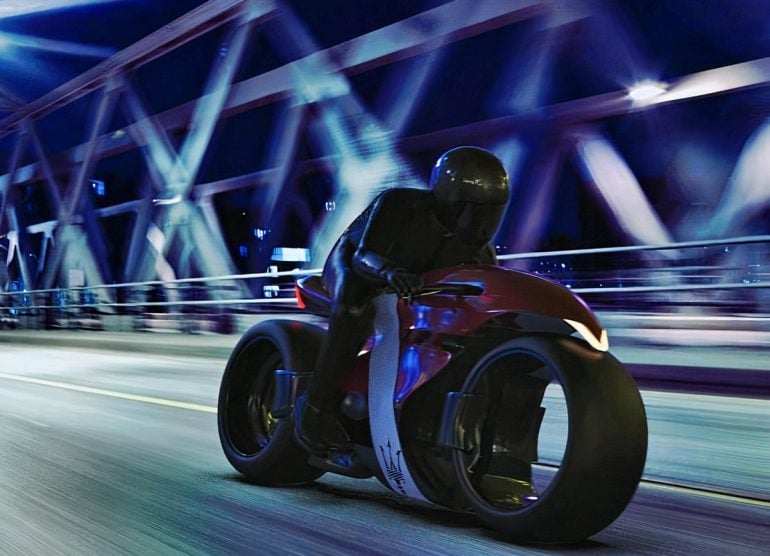 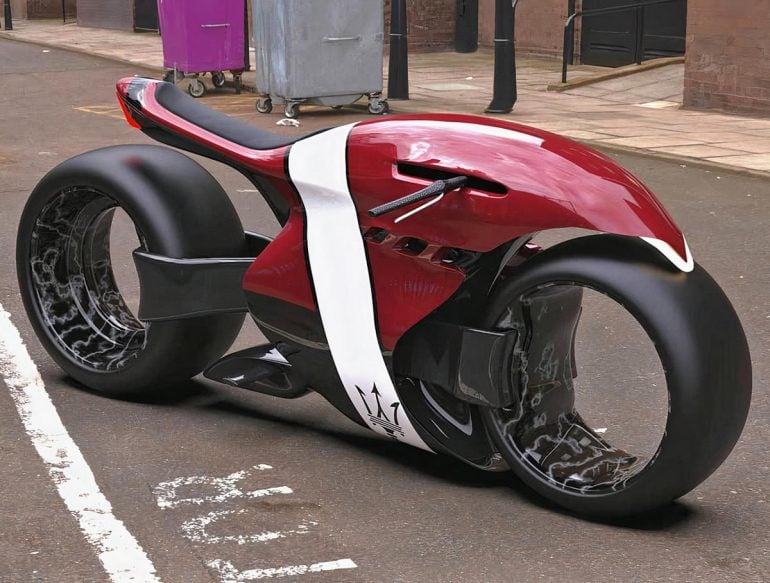 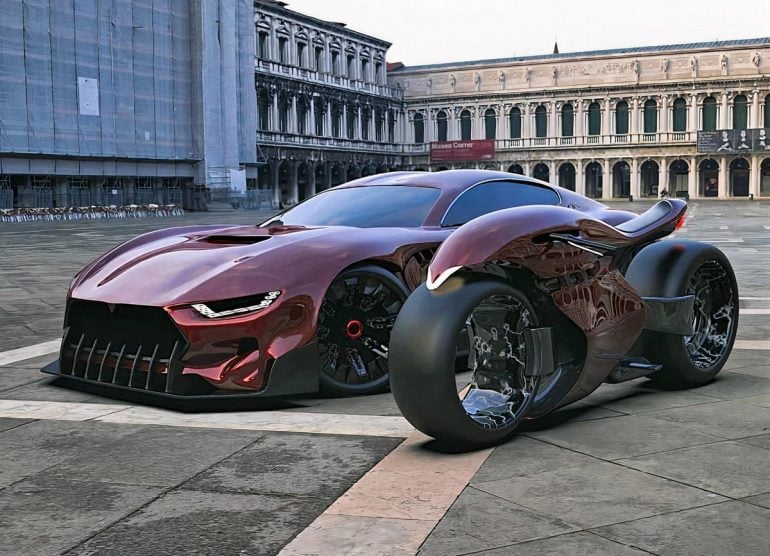 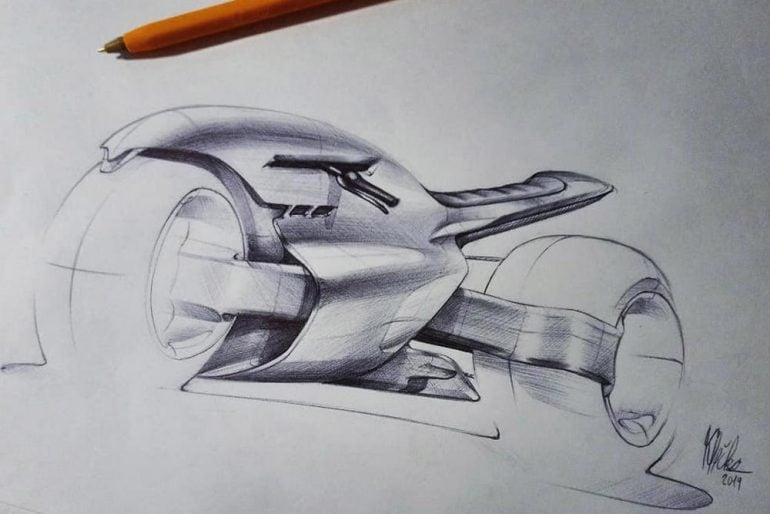 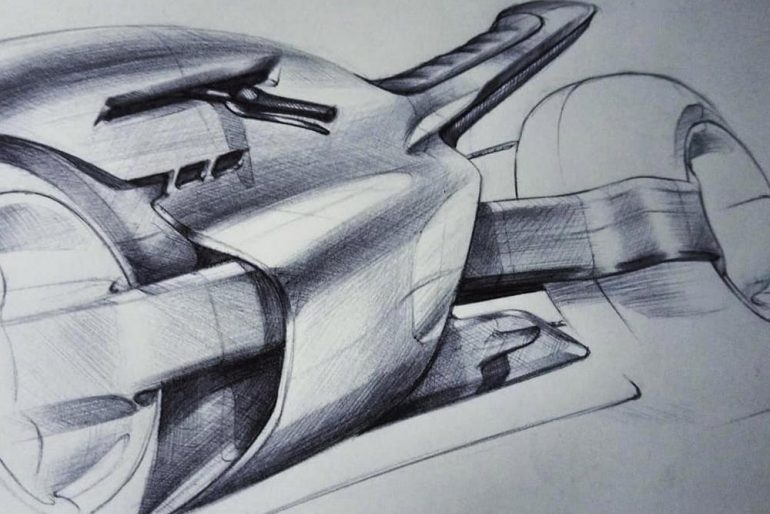