The things we associate with superyachts– size, grandeur, and billionaires; but never bills! If buying a megayacht is a big feat, then maintaining the behemoth deserves a trophy too. Many world-renowned superyachts cost hundreds of millions (Dilbar is worth $600 million), but have you ever wondered how much it costs to get these floating beasts of the seas from one point to another? Dilbar yacht is considered one of the largest yachts in the world in volume. It was record-breaking owing to its incredible technology and the sheer size and was launched by German shipyard Lürssen in 2016. The fourth-longest yacht in the world that can house a crew of a hundred people also flaunts a total fuel capacity of 1,000,049 liters. By comparison, the Airbus A380 which is the worlds largest commercial aircraft needs 372,800 liters of fuel to tank up.


Instead of a single expedition on the Dilbar superyacht, one can either buy two Lamborghini Aventadors; or a more permanent and valuable purchase of a permanent home. The massive tanks of Dilbar superyacht stir up damages of nothing less than $783,822 for one re-fuel. Still, you would save some money. But that’s not how the rich and famous are accustomed to thinking. They know the kinds of bills these big boy toys stir up, and they are used to spending millions fueling their unending assemblages of supercars, helicopters, private jets, and even mega yachts.


We are now aware that being rich is an expensive business and not everyone’s cup of fuel. An Instagram account @theyachtmogul, which claims to be the “World’s Largest Yachting profile,” shared a video of the $600 million superyacht getting pumped with $150,000 of fuel. Among the many exciting comments were few that asked the right questions.
One follower commented, ‘it makes me wonder how much it cost to fuel a Cargo ship or Cruise Liner.’ Another user, johnsonbdr said, ‘If you spent $600M for the ship, you certainly don’t care how much fuel costs!’ Considering the staggering amount of a single re-fuel, many followers wondered how long will the fuel last. 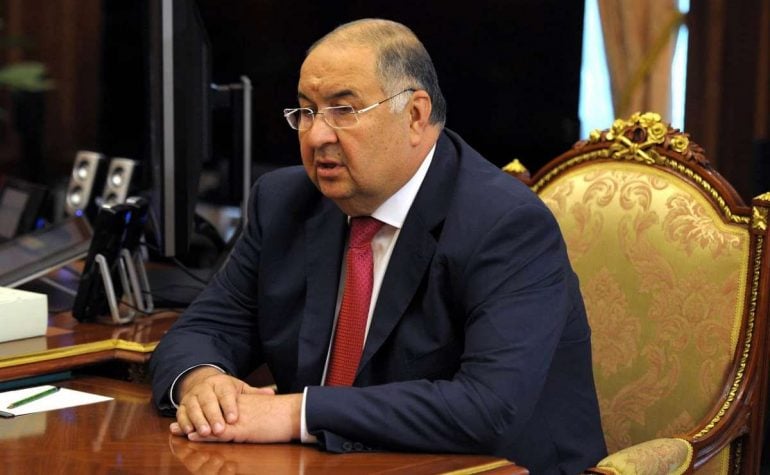 Who is the owner of the Dilbar megayacht?
Dilbar superyacht’s owner certainly isn’t one of these worried souls. He is, after all, the very well-known Alisher Burkhanovich Usmanov, an Uzbek-born business magnate and philanthropist. As reported by Bloomberg Billionaires Index in 2021, Alisher Usmanov has an estimated net worth of $17.9 billion. According to Forbes, the Facebook investor donated over $2.6 billion to causes such as healthcare and education. No wonder the man doesnt bat an eyelid before taking his Dilbar out for a spin.