Ferrari has revealed yet another one-off creation that joins the long line of ‘Special Projects’ cars, including the SP38 and the track-only P80/C. Meet the Ferrari BR20, a retro-themed bespoke supercar that is inspired by some of the most beautiful automobiles created by the iconic Italian marque in the past, especially the coupes from the 1950s and ‘60s. Commissioned by an anonymous wealthy patron of Ferrari, the one-off is based on the GTC4Lusso that was canceled last year before completing its full product cycle. The shooting brake silhouette of the GTC4Lusso has been completely tweaked by molding it into a sleek and beautiful fastback body style, inspired by Ferraris like the 410 Superamerica and 500 Superfast. Ferrari stretched the donor car by full three inches, which is mostly added to the car’s rear overhang. 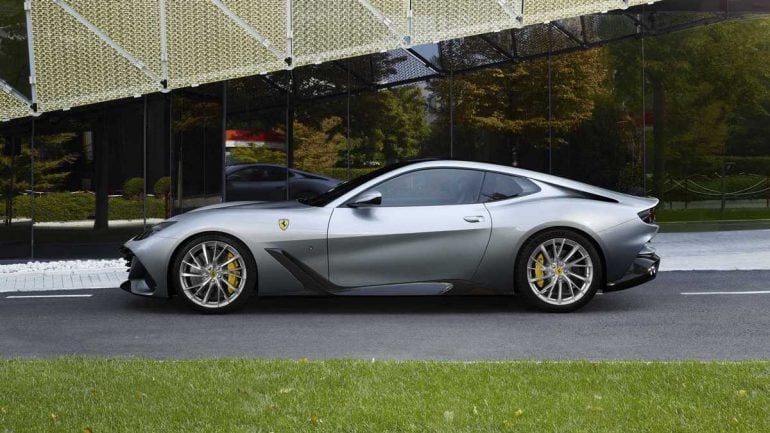 Starting with the front end, the BR20 gets sleeker and smaller headlamps that don’t extend as far up the fenders and sit lower than the ones on the GTC4Lusso. The grille’s design also incorporates new horizontal slats. The profile view reveals the roof that dramatically slops to the rear, while the carbon fiber sills running across the lower flank make the one-off look sporty. The rear wheel arches get aero channels that look like a modern interpretation of Ferrari’s flying buttress design. The roof panel is in black that visually connects the front and rear windshields. The Ferrari BR20 rides on an exclusive set of 20-inch wheels with a diamond finish. 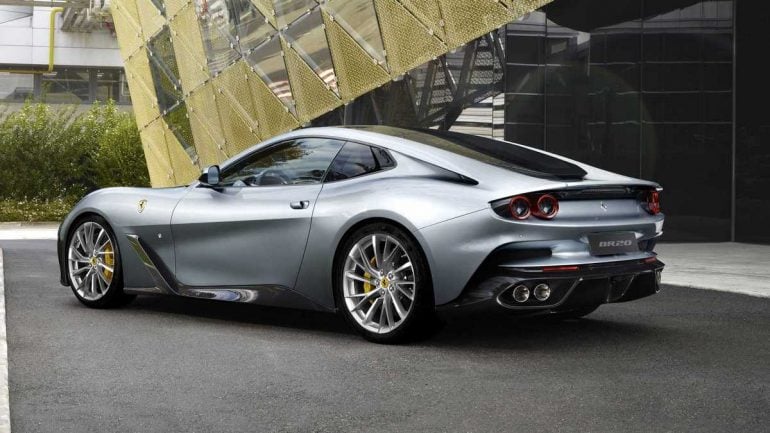 The sloping tail echoes the silhouette of Ferrari’s early GTs, yet it also has a whiff of the comparatively modern 599 GTB. Unlike the square-shaped taillights on the recent Ferraris, the BR20 features classically styled circular lamps. The retro theme is continued over on the inside where the cabin is decked out in dark brown ‘Heritage Testa di Moro’ leather and oak wood trim. However, you’ll also find carbon fiber inserts that somehow don’t contrast the look and appeal of the interior. The foldable rear seats have also been swapped out. 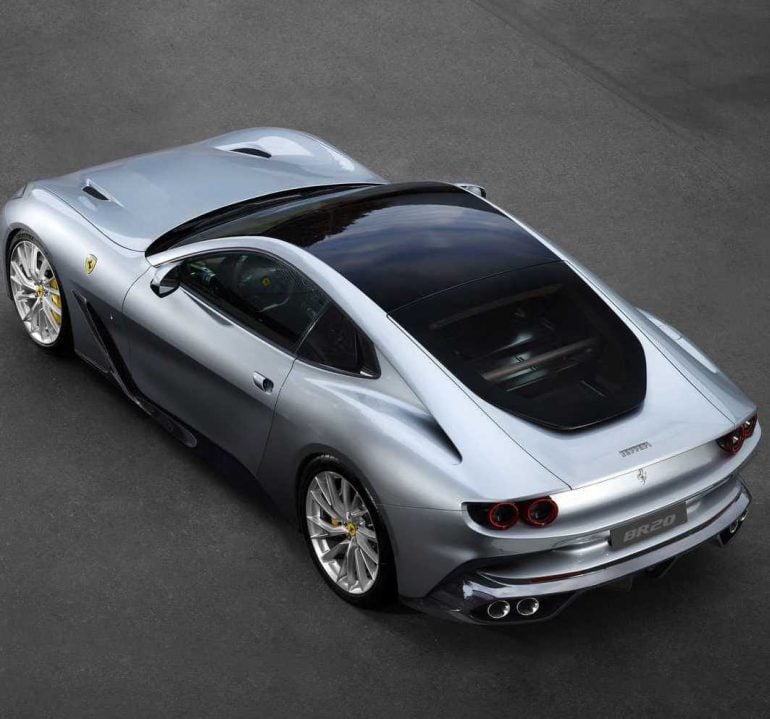 The Ferrari BR20 is based on the GTC4Lusso T and gets the same 6.3-liter V12 in the front that develops 680hp and 514lb-ft of torque. The one-off gets all-wheel-drive borrowed over from the donor car and can do the 0-62mph sprint in just 3.4 seconds. As is the case with these one-offs, Ferrari is not disclosing the price of the bespoke BR20. However, we won’t be surprised if it costs a few million dollars. For comparison’s sake, the GTC4Lusso had a starting price of $400,000. 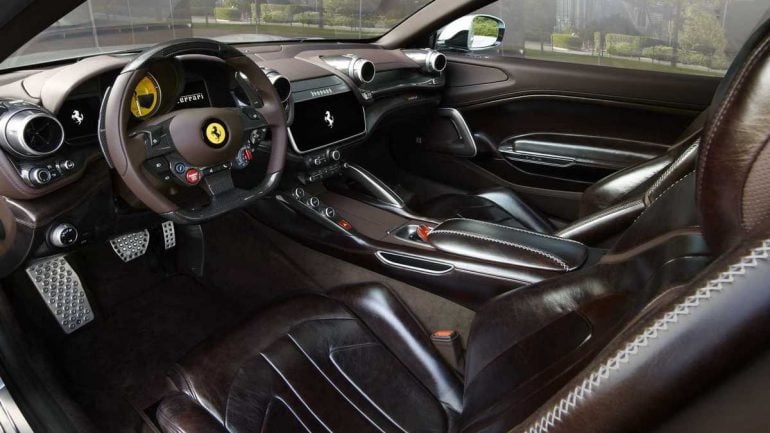 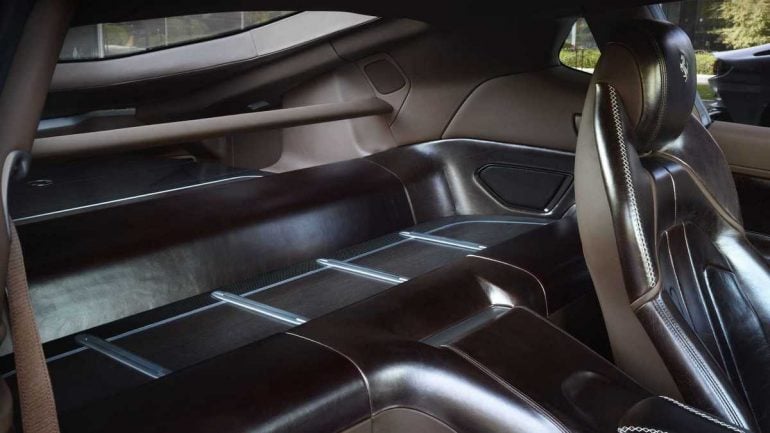 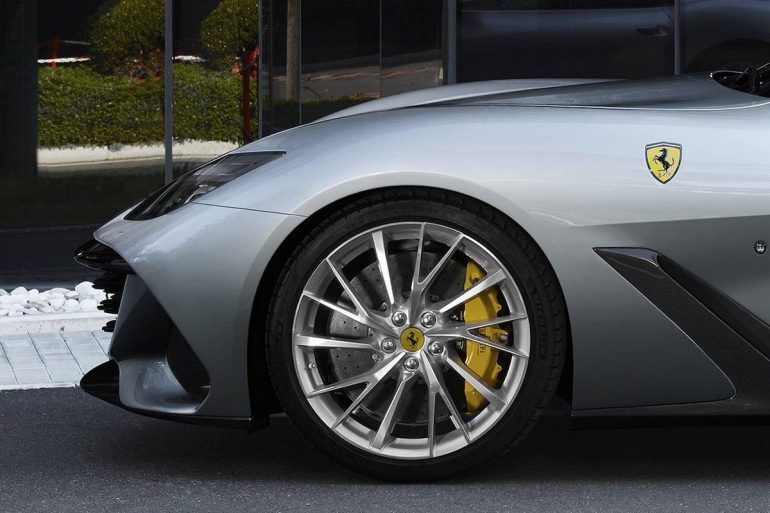 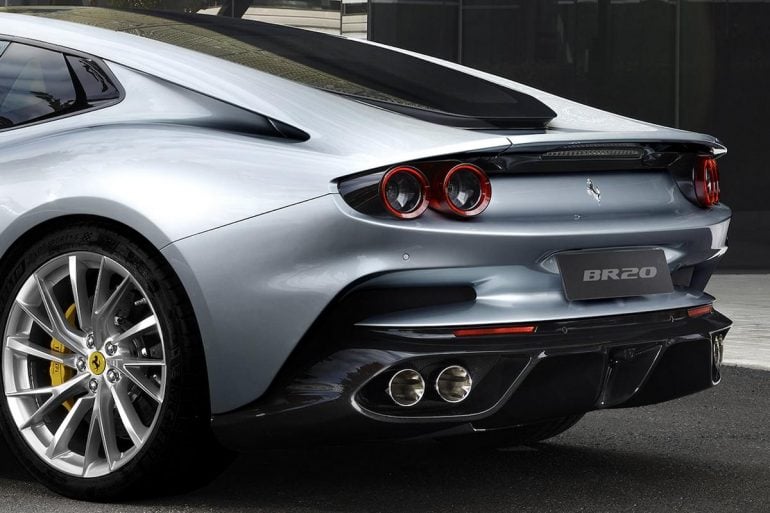