There’s absolutely no argument that Ferrari is the most recognizable name in the history of automobile manufacturing and car racing. In fact, the Italian manufacturer was awarded the title of the world’s strongest brand for two consecutive years (2019, 2020) by Brand Finance, beating the likes of McDonald’s, Coca-Cola, Amazon, and Apple. Are you, at all, surprised? Probably no, because Ferrari’s brand recognition continues to be unmatched. It’s a great achievement, undoubtedly, but the automaker is often criticized for being a little too uptight and touchy about its brand cachet. Ferrari is quite rigid with its rules when it comes to how its cars and brand identity are treated and is quick to file lawsuits against those who they perceive as a threat to their image. Everyone from influencers to renowned designers to the brand’s own patrons has faced the wrath of the mighty Italian marque. Here are 5 such famous incidents where Ferrari filed absurd lawsuits to protect its brand: 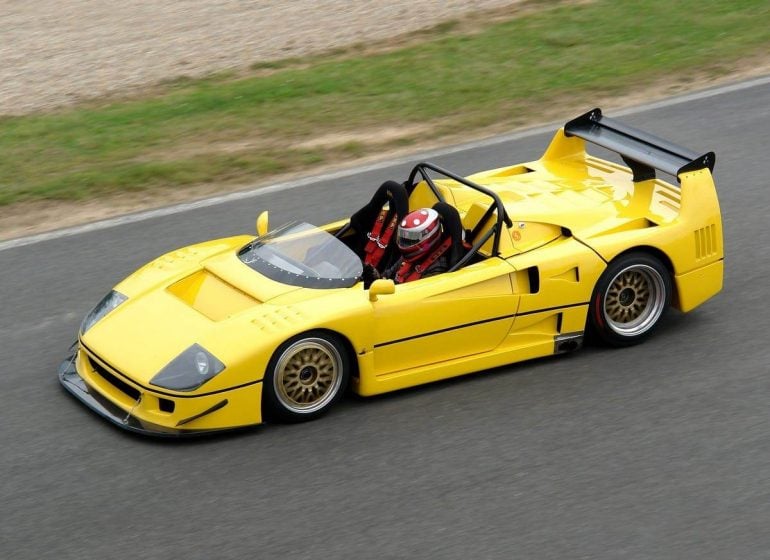 5. Ferrari F40 Barchetta Beurlys
You may believe that purchasing a car from a manufacturer gives you the freedom to make any kind of modifications to suit your taste. Well, that’s not the case with Ferrari, even if the owner is a powerful billionaire with proven racing history. Especially, when we are talking about the iconic F40 – the last car to be developed under the supervision of Il Commendatore Enzo Ferrari. Out of the approximately 1300 F40s built by Ferrari, 19 were purpose-built as F40 LM to be eligible for the IMSA GT Series in the US. The final example of the F40 LM was bought by Jean ’Beurlys’ Blaton, a Belgian billionaire who even competed in the 24 Hours of Le Mans more than fifteen times, mostly with Ferrari machines.


Blaton wanted his F40 LM to be absolutely unique and commissioned Belgian car-builder Tony Gillet to completely modify it. What resulted was an F40 with its roof chopped off, a modified rear spoiler, altered bodywork, side exhausts, a competition windshield, and many more changes. Repainted in yellow, the car was christened as Ferrari F40 LM “Barchetta.” Ferrari was unhappy with the sacrilege and sent a cease-and-desist letter ordering him to remove all Ferrari badges and markings. Ferrari refused to acknowledge the car’s existence and also Jean Blaton was also blacklisted from attending official Ferrari track days. That’s harsh, isn’t it?
4. Ferrari vs Purosangue Foundation
If you’re a frequent visitor to our website, you’ll be aware that Ferrari is going to introduce its first-ever SUV (although, Ferrari doesn’t want anyone to call it an SUV) named Purosangue, which is Italian for ‘thoroughbred’. That’s not an attractive name for an exotic car, but the Italian marque confirmed the name in 2018. However, a small anti-doping charity organization called Purosangue Foundation has been using that name since 2013, creating a direct conflict with Ferrari. While Ferrari initially approached the foundation for using the name, the automaker filed a lawsuit when the talks broke down.
While Ferrari acknowledged that The Purosangue Foundation trademarked the name first, it claimed that the small charity did not make enough use of its trademark over the past five years to bar Ferrari from using the name. Absurd, right? Well, Ferrari won.
3. Mansory 4XX Siracusa
When Ferrari doesn’t shy away from sending cease-and-desist letters to its owners for something trivial, imagine how the Italian manufacturer will respond to someone trying to copy its design. Although beauty is something that’s purely subjective, you’ll have to be blind to think anything that Germany-based tuning company Mansory is pleasing to the eye. The company should be sued for the obnoxious aftermarket kits they make for exotic cars, but Ferrari filed a lawsuit against Mansory for replicating its design. 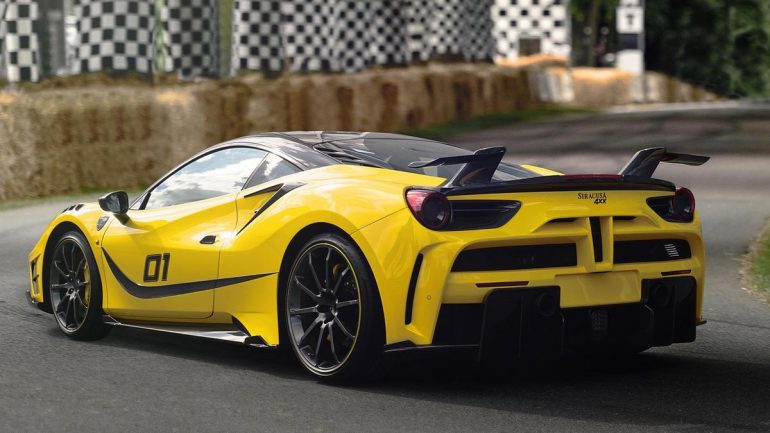 Back in 2016, Mansory had introduced the 4XX Siracusa body kit for the Ferrari 488 GTB with many design elements seemingly inspired by the Ferrari FXX-K. Ferrari said it was a blatant rip-off and filed a lawsuit in a German court based on something known as an “unregistered community design right.” After five long years, a judgment was finally passed in Ferrari’s favor. 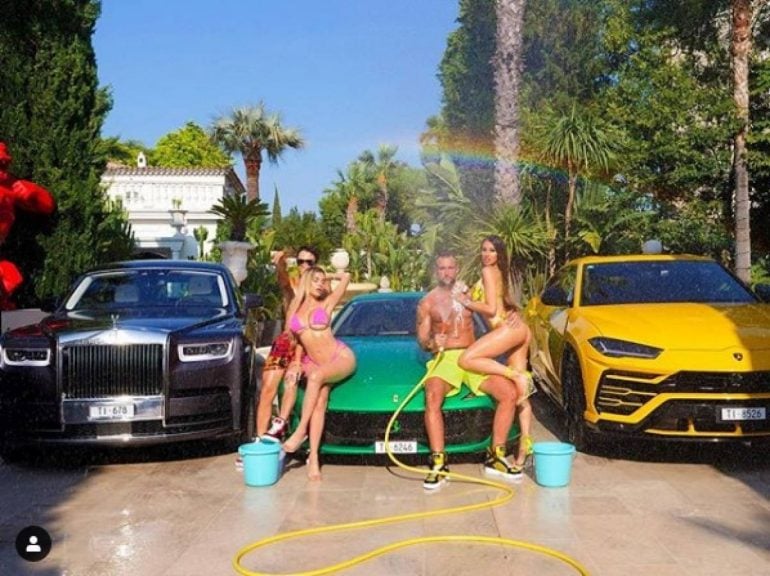 2. Phillipp Plein’s Instagram post
It’s not uncommon for social media influencers to use Ferrari in their posts to show off their wealth. However, Ferrari is very particular on how its cars are depicted and if the person is actually using Ferrari’s brand equity for some vested interest. Case in point, German fashion designer Phillipp Plein was sued by Ferrari when he posted a picture of a pair of sneakers designed by him placed on his apple-green Ferrari 812 Superfast.


While Plein is famous for posting distasteful pictures on his ‘gram, this particular picture seems pretty innocuous. It’s only when you understand all the facets of this lawsuit due you actually agree with Ferrari. The Italian marque said he was wrongly using the supercar to add value to his products, and elevate his status as a designer. Additionally, the Ferrari’s legal council also added that he was using the brand’s trademark “with a lifestyle totally inconsistent with its brand perception, in connection with performers making sexual innuendoes and using Ferrari’s cars as props in a manner which is per se distasteful.”
Plein lost and was ordered to pay €300,000 (around $340,000) in damages and €25,000 (approximately $28,300) in legal fees. 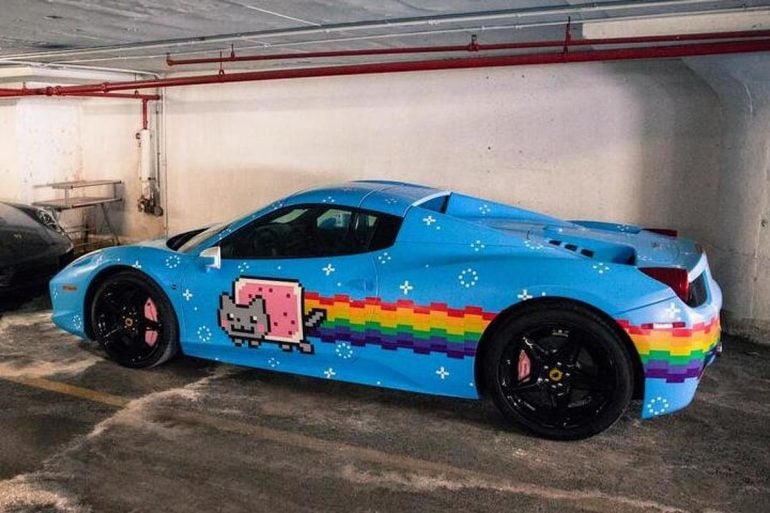 1. The infamous Deadmau5 Purrari
Right on the top of the list is the most bizarre episodes of Ferrari going after its own buyers, which serves as the perfect example for the Italian manufacturer’s trigger-happy attitude. Canadian electronic music producer Joel Thomas Zimmerman, known professionally as Deadmau5 is known for his trolling skills; he even developed a serious reputation for slapping very expensive supercars with crazy wrap designs, which is what rubbed Ferrari in the wrong way. Back in 2014, Deadmau5 kitted out his Ferrari 458 is a Nyancat-inspired theme, including a custom wrap, custom badges, floor mats, and license plates. He even gave it a special name – Purrari.


After he had his share of fun with it, the Purrari was listed for sale on Craigslist, which is when Ferrari decided it was enough. The renowned DJ was immediately sent a letter of cease-and-desist, which forced Deadmau5 to take down the listing and get rid of all the modifications. To troll Ferrari, he bought a Lamborghini and gave it the same treatment.
Tags from the story
Ferrari, Influencers, Instagram, Mansory