It might look straight out of a sci-fi flick but believe it or not this wacky aircraft concept might become the future of air travel. Meet the AWWA Sky Whale, an aircraft so big that it will even make the Airbus A380 look small. Barcelona-based designer and aviation enthusiast Oscar Viñals came up with the concept of the Sky Whale which is his vision for future of air travel with greener footprint. The behemoth is quite rightly named the Sky Whale as it not only appears to look like a whale but also massively sized; it stands three-storey tall and has a wingspan of 88m. 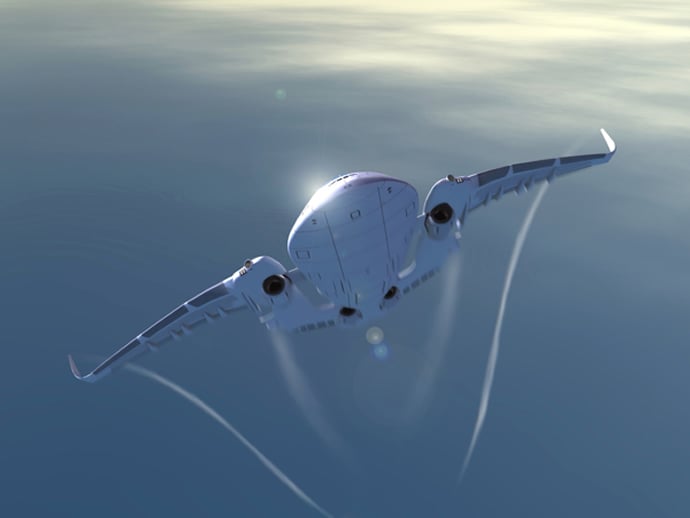 As per the concept description, the Sky Whale would seat a total of 755 passengers on three separate floors. But the massive size is just one aspect of this incredible concept; it has been designed in such a way that it’ll reduce both air and noise pollution. According to Oscar, he combined existing technology with concepts that don’t exist yet in order to maximize performance while minimizing the environmental impact. It also features a unique concept of self-healing wings which mend themselves. 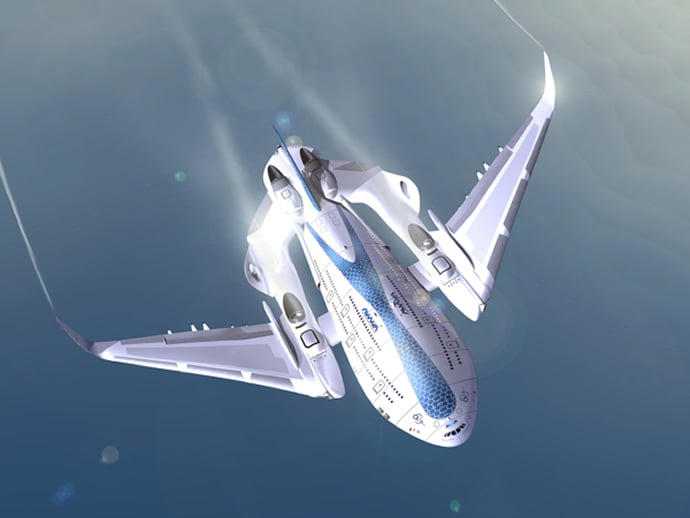 But the most striking feature of all is the power and propulsion system of the aircraft. The concept has a unique hybrid turbo-electric propulsion system which consists of four oversize electric-fuel engines that can each rotate up to 45 degrees for takeoff and landing giving it Harrier Jet (V/STOL) like capabilities. In addition, the design’s ceiling structure contains micro-solar cells arranged in a hexagonal pattern that’ll power the electrics and even give the engines a boost. We do get to see a lot of concept mega-structures that are intriguing like the Monaco mega-yacht which we covered recently, but only a very small percentage of these concepts turn into reality; we really hope this one! It might not look as cool as the Helicarrier battleship from the Avengers, but has the potential to change the airline industry. 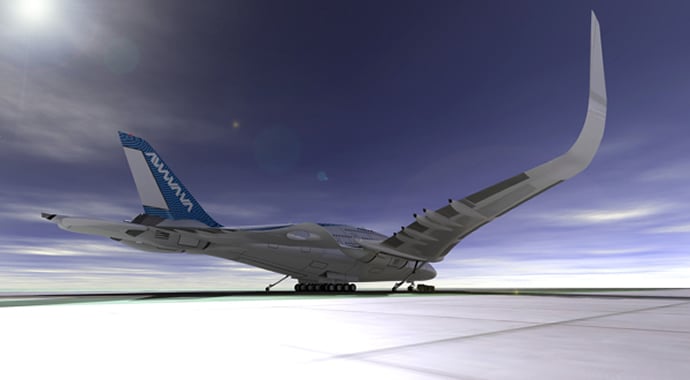