If you thought the Helicarrier in The Avengers was stunning, here is a fancier water equivalent that would leave even Tony Stark gaping. Because believe it or not, the ‘Streets of Monaco’ is a megayacht that replicates the principality! Clearly this mini-city is something totally up Stark’s alley! And even then its something the fictional billionaire couldn’t have imagined. Why? Go on and read. 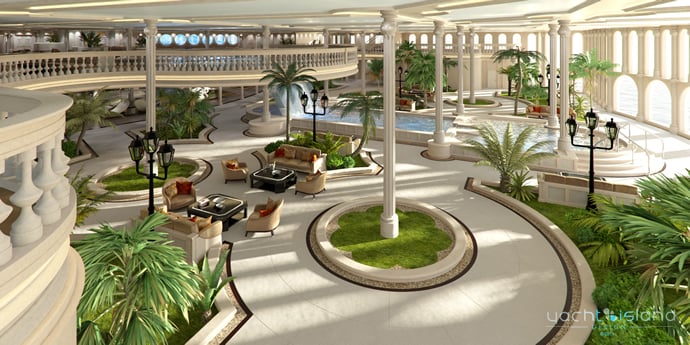 For starters, the super ship is a catwalk-on-water with the faux Monte Carlo Casino, the Hotel de Paris, La Rascasse, and even a beach-like swimming pool as permanent showstoppers. That couldn’t have been topped were it not for “The Oasis,” a cavernous space at the rear of the ship with central waterfall feature, a giant Jacuzzi, and walls of arched windows said to be modeled after the gardens just outside the Monaco Casino. 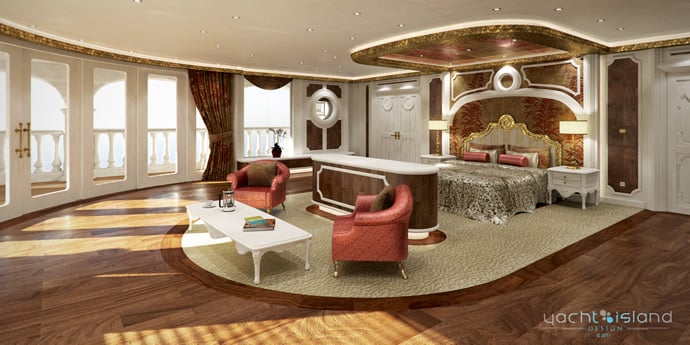 Then there is of course the replica of the Grand Prix track that lets cruisers race around just like the pros. Now if only the pros approved of go-karts, still, it’s worth a shot! As are the helicopter pad, mini submarine, speedboats, and several swimming pools. Not to mention the guest accommodations, which cover much of the yacht’s second floor. The seven guest suites include a couple of VIP suites, which measure a whopping 3,800 square feet each, complete with a full suite of communal amenities, including a cinema and library. 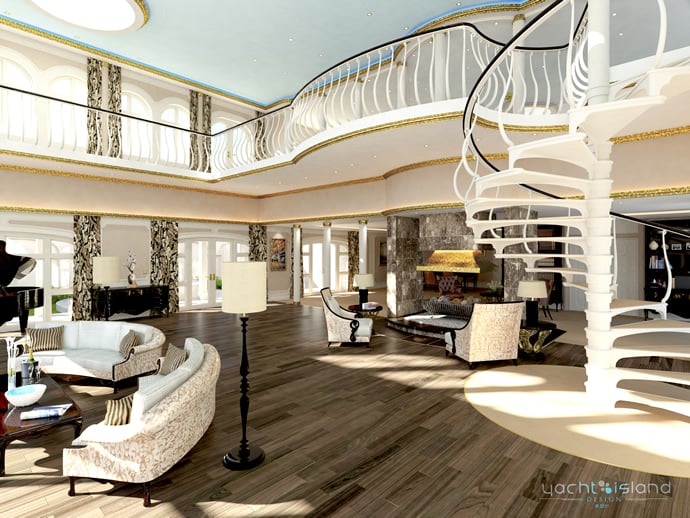 The owner’s cabin on the other hand is spread over three floors and measures more than 15,000 square feet. You can imagine what that could mean but I can tell you that whatever you picture, include “numerous balconies, and private sundeck with Jacuzzi.” And the construction cost of over $401 million for the entire thing! The design child of Yacht Island Design, it can accommodate 16 guests and 70 crewmembers. It is still a work in spectacular progress, however, which is no surprise given its exhaustive imagery. “We are actively looking for clients either private or commercial with the vision to realize this new and interesting design direction,” said a representative. Float or sink, what’s it going to be?