Superyachts can be serious business, but the eight-deck construction called the Galleon, a new gigayacht concept by German firm Beiderbeck Designs, is a multi-decked cat outfitted with enough modern-day amenities to rival an amusement park. This 525-foot monstrous vessel is designed with non-stop entertainment in mind. Yacht designer Steve Kozloff has created a floating city of sorts with abundant space and endless amenities, calling it a long-range, expedition, full displacement yacht, and his favorite. Check out more photos of the vessel below: 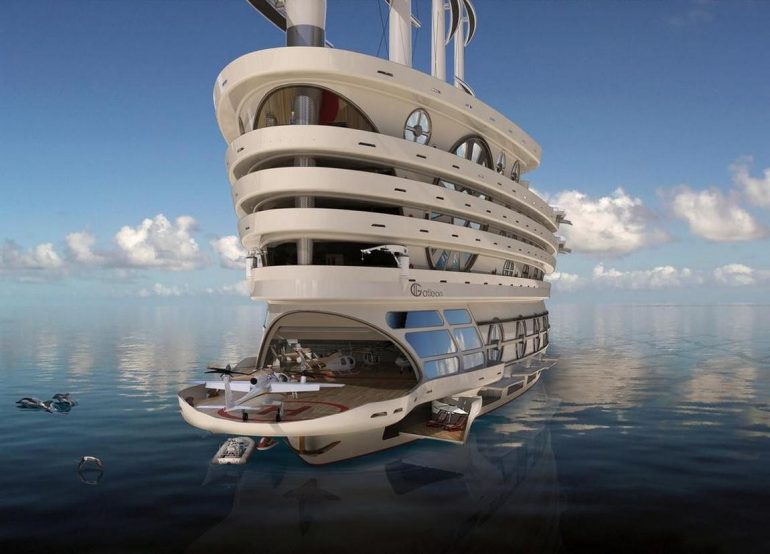 This megayacht earns its name owing to its larger-than-life scale. Seen here are four towering masts on top of the eight decks, with a massive onboard capacity for 200 guests or 20 private residences. 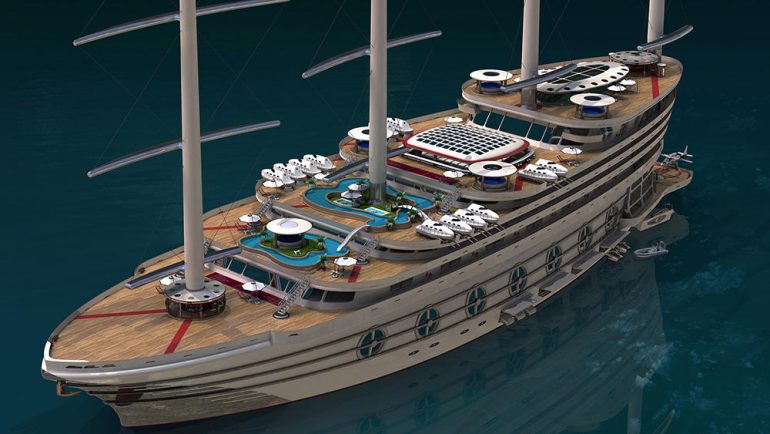 Kozloff pictures Galleon with five diesel-electric engines that would together deliver 10,000 hp, a touted max speed of shy of 19 knots, and could theoretically cover 10,000 nautical miles while traveling at the leisurely cruising speed of 10 knots. 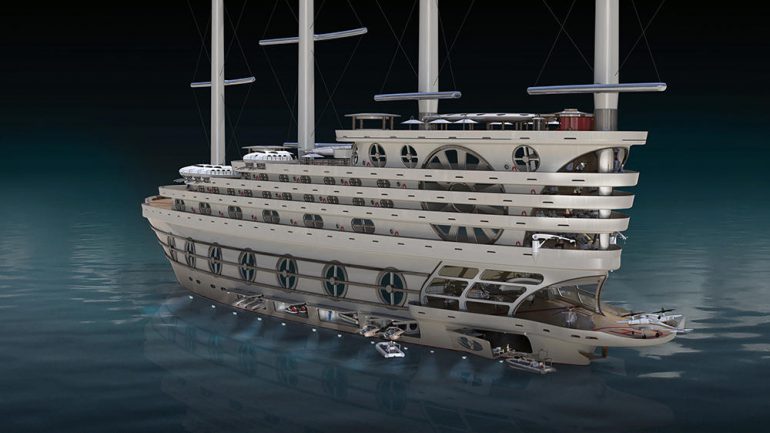 The vessel includes a fully confined hangar measuring 4,500 square feet with space for up to 10 helicopters and an aircraft maintenance facility. Additionally, there is a landing area for any guest helicopters. 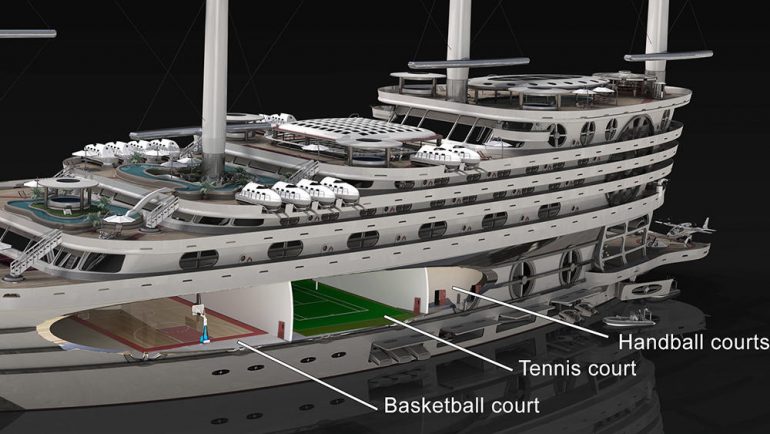 Galleon gigayacht is big, not just in size, but it’s big on non-stop entertainment too. The yacht impresses with two sizable interior pools and two river pools connected by a waterslide on the forward decks in addition to cafes, bars, a park, restaurants, an indoor sports center with a full-size basketball court, tennis court, and four handball courts. 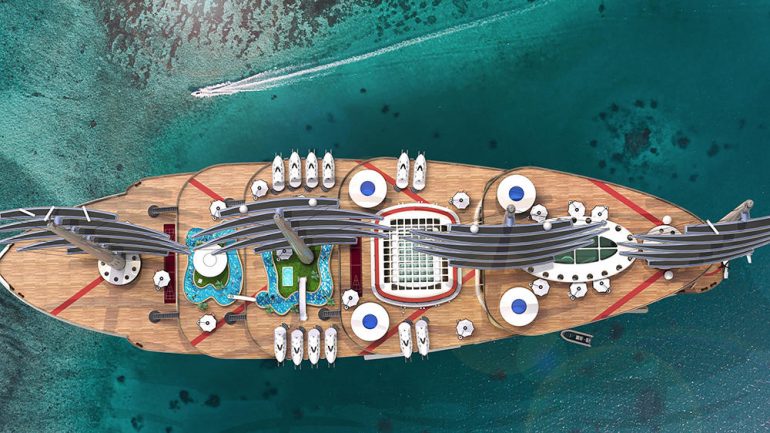 The designer’s creative genius is witnessed here as the indoor pools feature a smart invention that will see them turned into gazebos when not in use by deploying hardcovers over them. 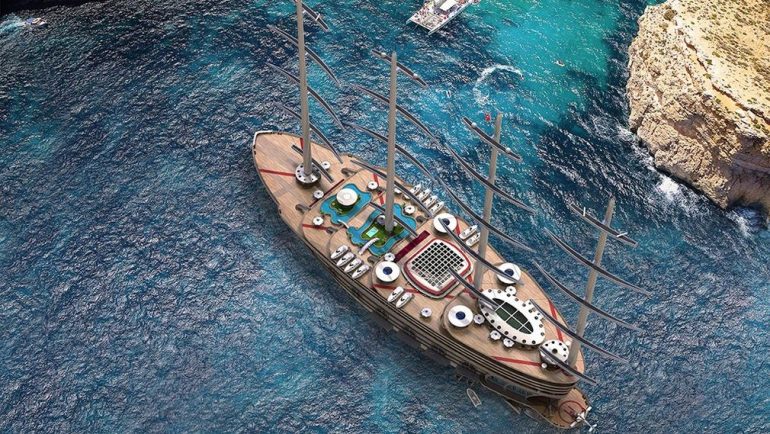 The imaginary Galleon comes with four full-beam tender garages, with ample space to house six speedboats, four U-Boat Worx Nemo submarines and twelve rib tenders, and 21 personal watercraft. As far as safety is concerned, the designer makes it a point to include twelve free-fall lifeboats, each with a 30-person capacity, are part of the standard equipment.