Bugatti Veyron is undoubtedly one of rarest modern cars in the world with just 468 ever made. Some of them become even rarer than the rest when the owners decide to give their million-dollar rides some special treatment. You might remember Flo-Rida’s gilded Bugatti Veyron, a similarly blinged-out Bugatti Veyron, parked outside London’s exclusive Dorchester Hotel after being flown over this week, caused quite a stir with people trying to catch a glimpse of it. The extremely rare convertible Veyron Grand Sport, with only 150 ever made, originally started off with a white paint scheme but was sent to Dubai for a makeover. Customizing firm ‘Foilacar’ wrapped it in gold and black.

With a ‘1’ plate, the Saudi registered Veyron has become the star attraction outside The Dorchester, with fans trying to get a photo of the eye-catching supercar. It is the latest ride to join the fleet of luxury cars flown from Saudi Arabia to arrive in London as part of ‘The Season’ when the super-wealthy swap the desert for Britain’s temperate climate. Gold-colored cars might not be to everyone’s taste, but the shimmering paint job on this Veyron sure is a head-turner. 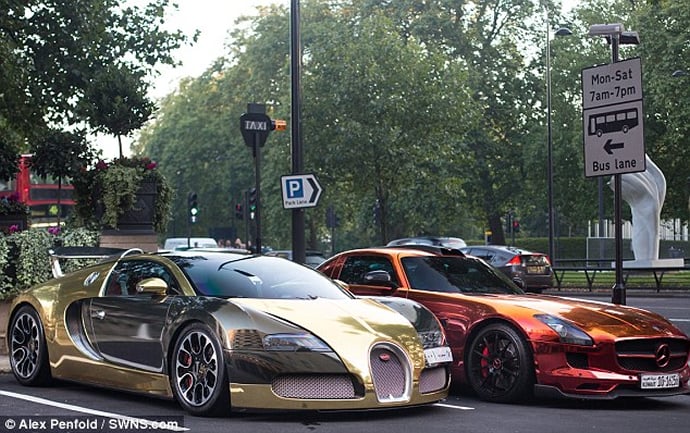 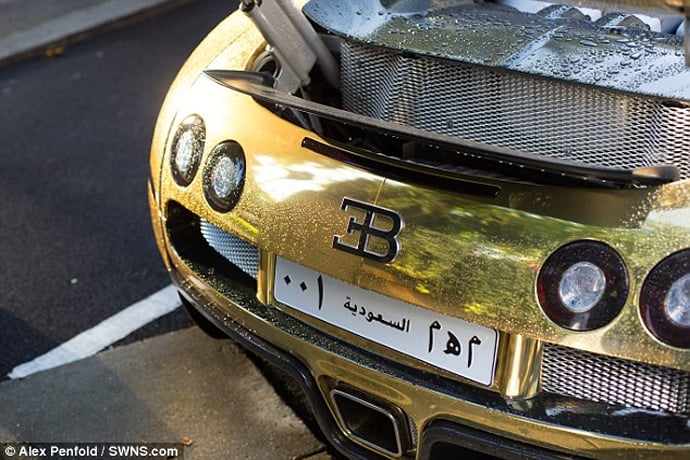 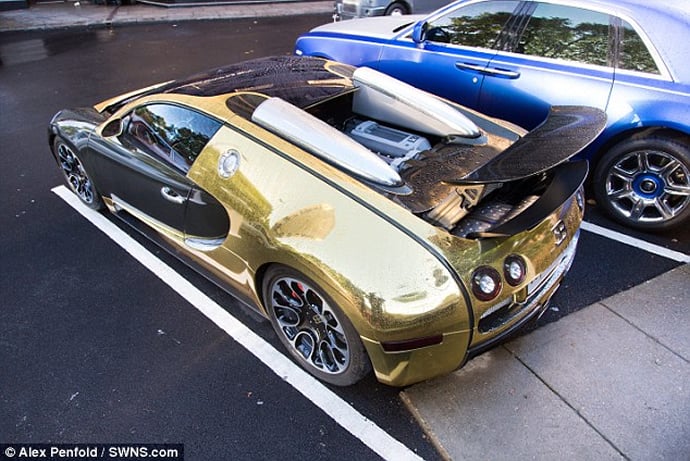 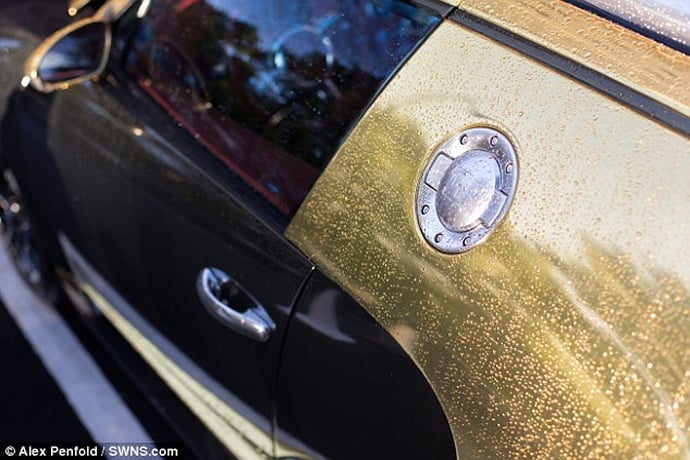