The phrase ‘fire breathing monster’ might be commonly used to exemplify a superfast sports car, but it was still a part of figurative language the last time we checked. But the Chinese have decided to build one, quite literally. The land obsessed with dragons has sired a golden BMW Z4 with a dragon’s body sculpted onto the exterior of the roadster. Judging by the pictures, it’s an old soft-top Z4 (E85) with aftermarket scissor doors added to it. The Chinese tuning company has painted the whole body, including the wheels, in gold color, which is still acceptable as we are frequently deluged with celebrity cars with a gold paint job.

The Chinese tuning company probably went overboard when they decided to adorn the exterior with the body parts of a dragon, including the claws, wings, tail, and the face on the hood, all made from yak bones. The scales on the bodywork look intricate, and the painstaking work must have taken endless hours to handcraft, but we aren’t sure if it suits the top of a sports car. The unique custom BMW Z4 was on display last week at the China Import and Export Fair in the southern Guangdong province. There might be few takers for this quirky dragon BMW Z4 but it sure doesn’t appeal to my taste. 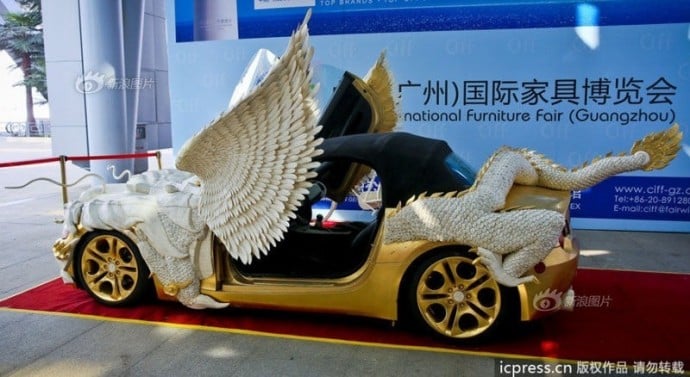 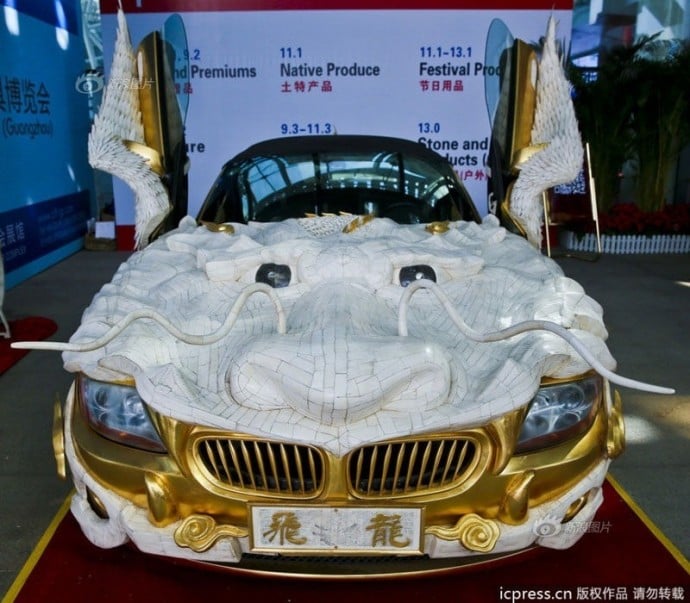 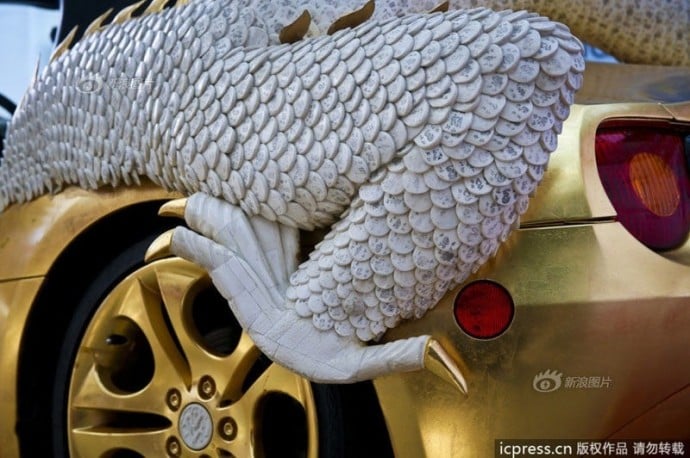 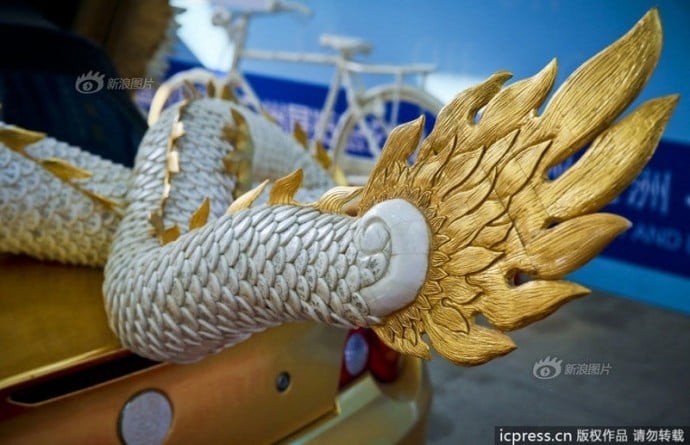 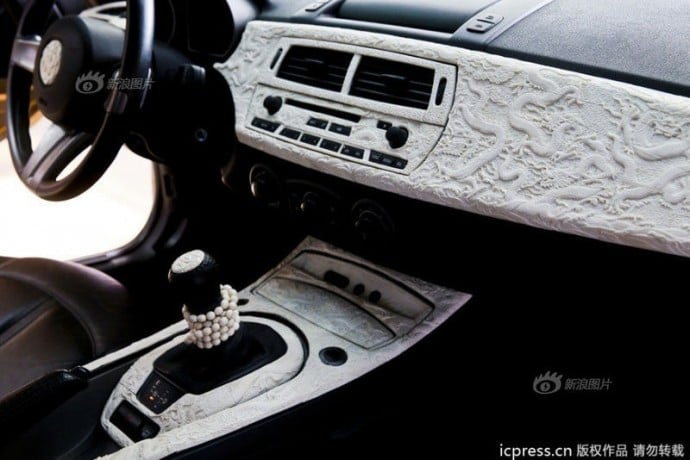 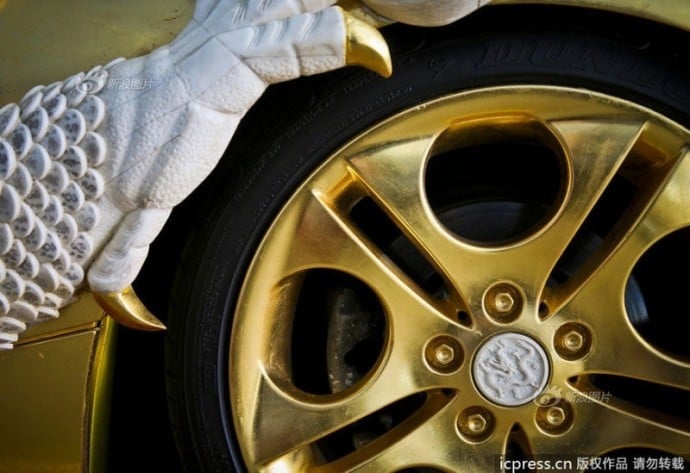 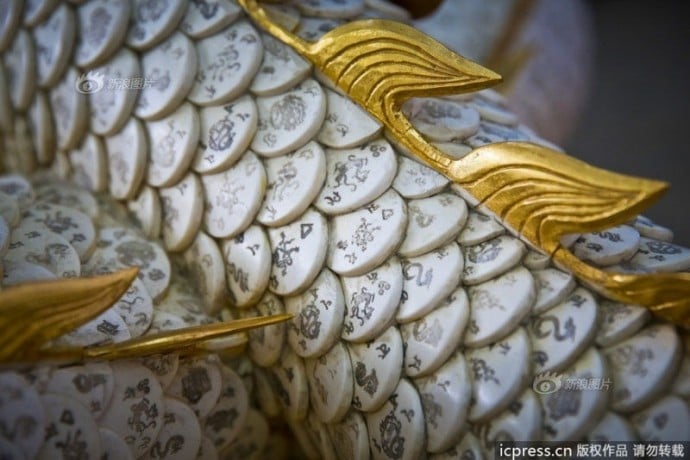 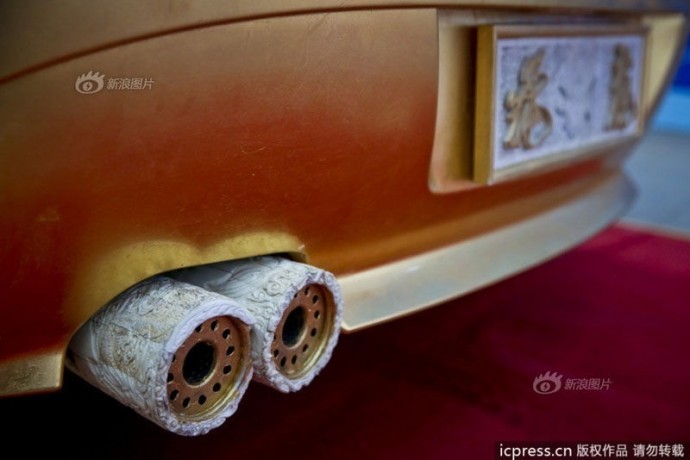