When the BMW M5 E28 came out in the mid-80s, it was known as the fastest production car. This year marks the 30th anniversary of the BMW’s one of the most special models and the Bavarian marquee is celebrating the occasion with a limited edition BMW M5 named the ‘30 Jahre M5’; that is German for ‘30 years of the M5’. The 30th anniversary edition BMW M5 was leaked a few days before it was officially announced through a dealers’ brochure which hinted that the special edition sports sedan will get a power bump to nearly 600 horses which makes it the most powerful BMW ever. Now that it has been officially announced, all the details along with specifications and officials pictures have been released by BMW. 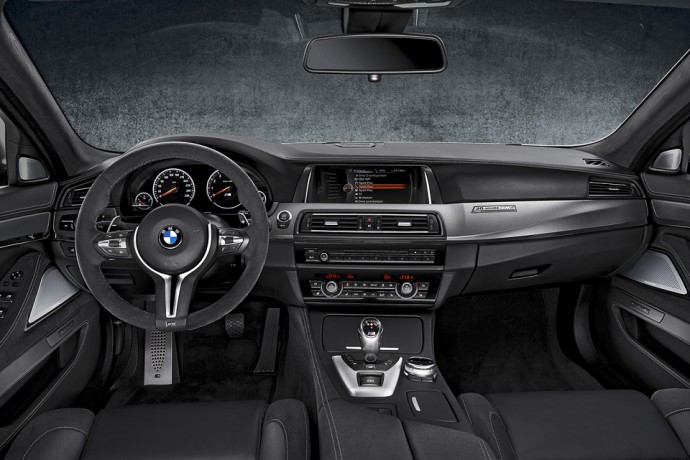 The bump in performance figures is the first thing that stands out in the 30th anniversary edition BMW M5 which is powered by a tuned 4.4-liter turbocharged V8 delivering 592hp (600PS) and 516 lb-ft (700Nm) of peak torque, an increase of 39hp and 15 lb-ft over the regular M5 that goes from 0- 62mph in 4.3 seconds. This anniversary edition hits 62mph in 3.9 seconds and a top speed of 199mph. It will be offered exclusively with BMW’s M DCT dual-clutch transmission and the automaker claims it will return a mileage 28.5 miles per gallon. Other changes include subtle changes to its design like the matte silver metallic body paint which is complemented with chrome accents and 30 Jahre badges. The BMW 30 Jahre M5 is limited to 300 examples with only 30 destined for the United States and is priced at $138,275. 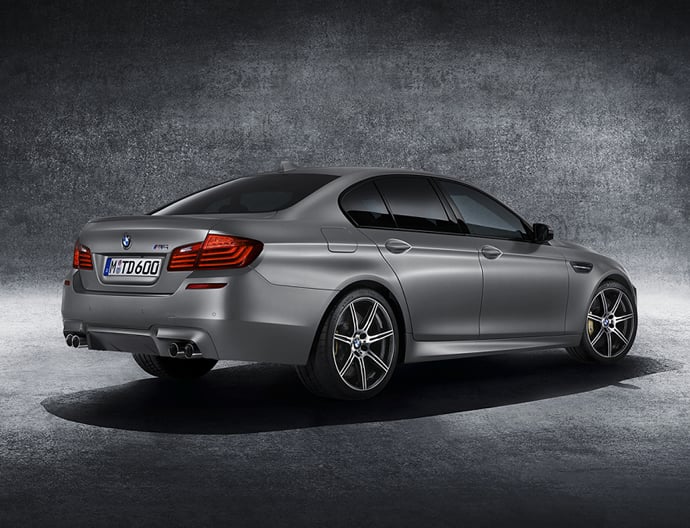 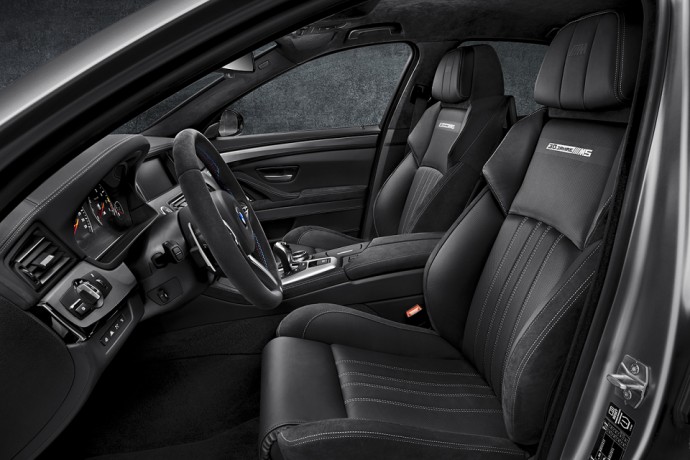