When it comes to high-end luxury watches, the space is absolutely dominated by Swiss watchmakers, but American company Devon Works created a huge buzz in the world of horology with its uber-cool and highly innovative Tread 1 timepiece which completely deviated from the traditional watchmaking techniques. The brand spearheaded by Creative Director, Designer, and Conceptual Artist Scott Devon, introduced the gilded masterpiece named the Devon Tread 2G at this year’s Basel World which is even better than the watch it replaces. The Tread 2G is literally swathed in gold as it comes with case and bezel, crown, stem, case back, screws, strap clips and clasp all in 18K gold. But if you don’t have a taste for so much of the yellow precious metal, you might want to have a look at the new Devon Tread 2 Godiva timepiece which is looker. 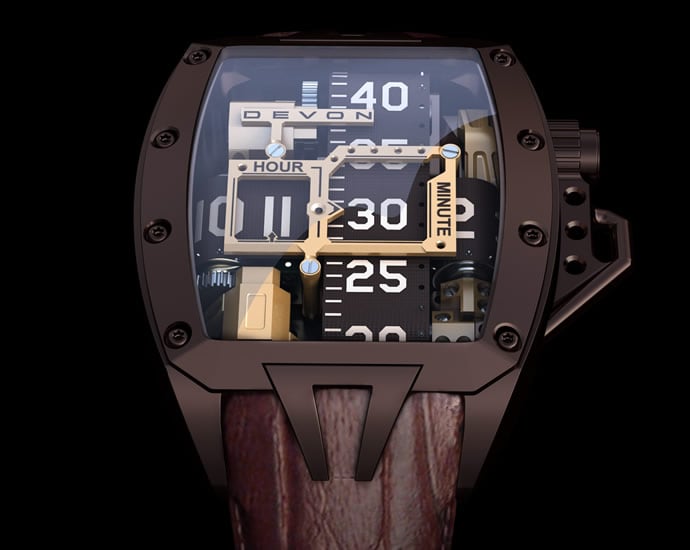 To expand the line of Tread 2 watches, Devon’s design department began experimenting with earth-toned materials which became the reference for the latest creation. The watch has a 44 mm x 42 mm case which is coated in a very rich, dark chocolate brown PVD, an unusual, but very decadent tone with velvety hues of purple, and paired it with a complimentary brown croc-embossed strap. The time belts also have a brown color and the movement parts are gold-toned. The minimalist use of gold in the movement parts beautifully augments the brown color of the watch, and I must admit that the Tread 2 Godiva is one stunning piece of horology. The watch will start shipping later this month for $13,950.. 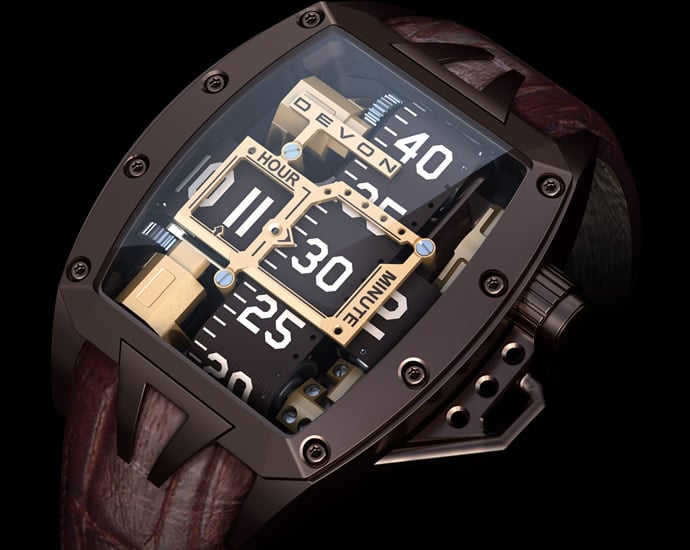 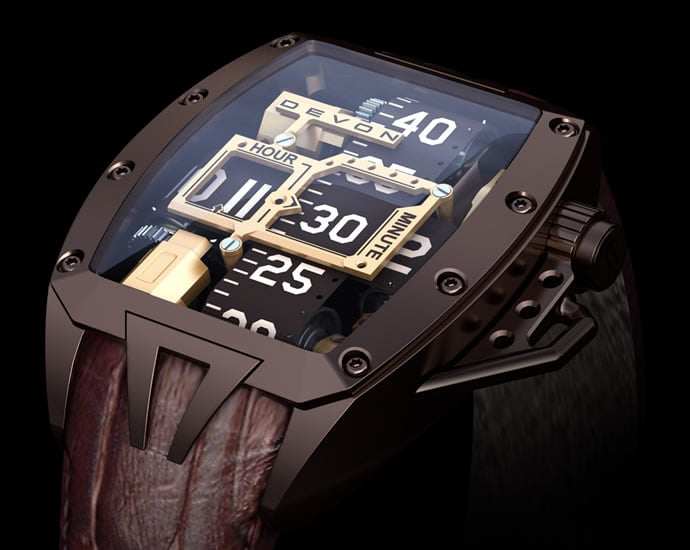 Tags from the story
Devon