The last 10 years will go down as a very significant period for the whole motorcycle industry – a lot more than most of us realize. Hurdles like declining sales, ever-tightening emission norms, and increasing focus on safety features forced manufacturers to adopt drastic measures and adapt to the fast-changing landscape. Motorcycles have evolved faster in the last decade than it has ever done in the last 100 years, while the manufacturers have been locked in an arms race to pack more horsepower in lighter and sleeker motorbikes. Rider aids have also significantly evolved over the last 10 years, transforming from basic features like ABS and TC to a highly complicated electronic suite with a plethora of sensors and functions, which have become extremely important to keep these beastly machines under control. After having a look at the greatest supercars from the past decade, it’s time to curate a list of the 10 best motorcycles of the last years. 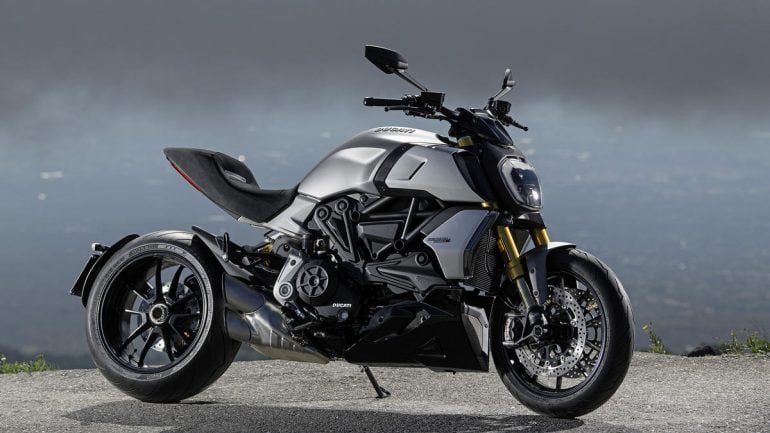 10. Ducati Diavel
Ducati went after the Harley-Davidson V-Rod by debuting the Diavel at the EICMA motorcycle show in 2010. The Diavel might not be the first cruiser motorcycle by Ducati (Indiana was Ducati’s first cruiser), but the Italian motorcycle manufacturer redefined the segment by introducing sports bike’s like performance in a cruiser motorcycle package. It offered everything from Ducati’s familiar L-twin to its characteristic trellis frame, single-sided swingarm, handling, and rider electronics. Over the last 10 years, Ducati has continually updated the Diavel and released several different iterations based on the platform, including the diesel-powered variant and the sportier XDiavel. Even after a decade, it remains the best alternative to the V-twin American power cruisers.

9. Indian Chief
Indian Motorcycle is one of the oldest motorcycle companies in the world and its rivalry with Harley-Davidson in the early 1900s is legendary. The American brand’s revival after being bought by Polaris in 2011 is just as special as its storied past, and it started with the resurrection of the iconic Chief nameplate. With its retro-styling inspired by the original Indian Chief, abundant chrome, and a fantastic air-cooled Thunder Stroke 111 V-twin, the modern Indian Chief was an instant hit. It became instrumental in the company’s successful revival. In the last seven years, Indian has expanded its product portfolio to 5 different models, but the Chief is still one of the most popular options in the line-up. 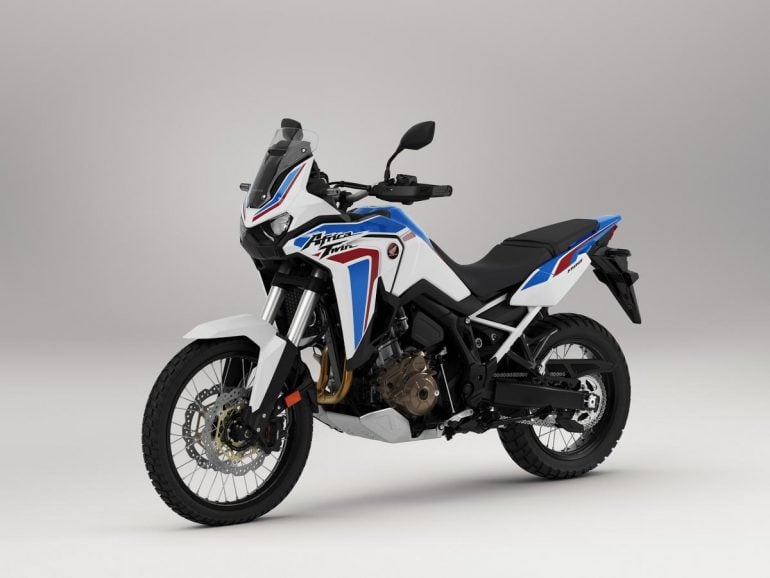 8. Honda Africa Twin
Next up on the list is another successful revival of a celebrated nameplate – the Honda Africa Twin. Its rich and diverse history spans over thirty years, and it all started with the 1988 650cc V-twin XRV650, which was basically a road-going version of the four-time Dakar rally winning 1986 NXR750. In 2015, Honda brought back the Africa Twin in the form of a modern dual-sport adventure bike with a 998cc parallel-twin engine, a clever suite of electronic rider aids, and an optional dual-clutch automatic gearbox. Last year, Honda updated the Africa Twin with a slightly bigger 1084cc engine and packed it with the latest tech, including a six-axis IMU, TFT touch screen, Apple CarPlay, and Bluetooth connectivity. This made it one of the most compelling adventure bikes on sale currently. 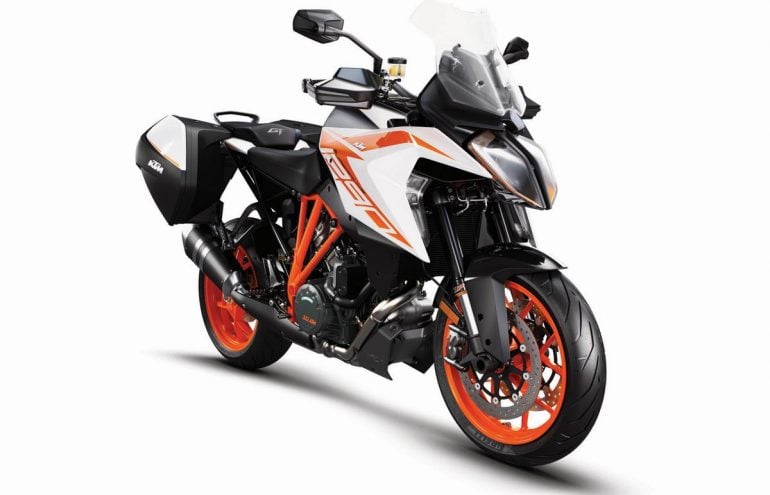 7. KTM 1290 Super Duke R
The KTM 1290 Super Duke R is the poster child of an intimidating, scary fast naked streetfighter that has enough power to strip the rubber off its rear tire in no time. The Austrian rocket is often credited for single-handedly establishing a segment of ultra-powerful naked motorbikes. In 2017, the Super Duke R was updated with the most powerful LC8 engine ever built by KTM along with upgraded suspension, styling, and electronics. Now in its third-generation, which KTM has dubbed “The Beast 3.0,” the Austrian manufacturer has worked on refining the package to make the sledgehammer of a motorcycle easier to tame; yet, it is just as sensational as ever. 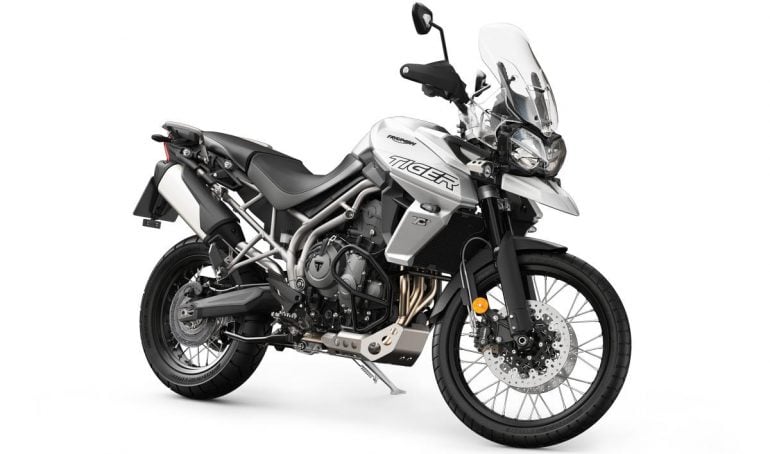 6. Triumph Tiger 800
How can we complete the list without finding a place for the incredible Tiger 800! Launched in 2010, the middleweight ADV is the perfect motorcycle for those looking for a touring machine without the heft and power of the massive 1200cc adventure tourers but want something with enough grunt and capability. Initially introduced in two road-oriented versions, Triumph later expanded the line-up with off-road capable dual-sport variants and updated it over the years with advanced electronics. The motorcycle might have been replaced by the Tiger 900 last year, but it remains one of the best motorcycles to come in the last 10 years. 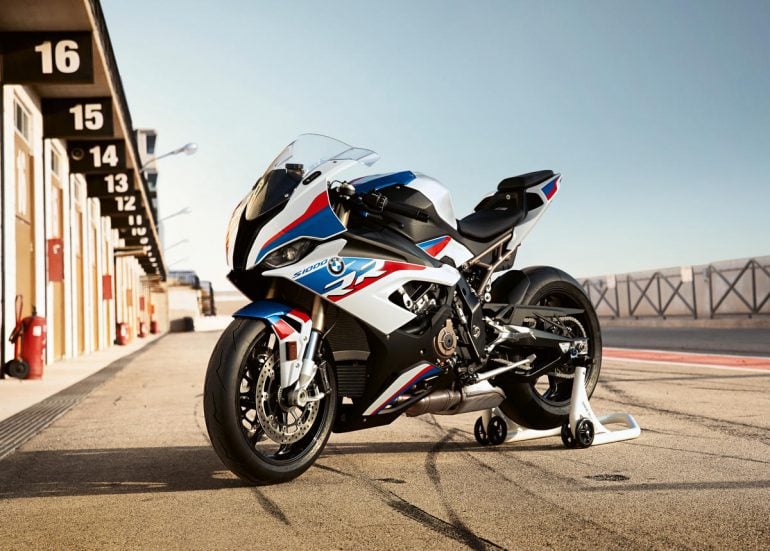 5. BMW S1000RR
For decades, Japanese manufacturers dominated the superbike market with some incredible motorcycles. The Europeans were stuck playing the catching-up game, trying to match Japanese superbikes’ reliability, power, and tech features. Then came BMW with its S1000RR that was introduced in 2009 to satisfy the World Superbike homologation requirements and it was the much-needed impetus to bring the European manufacturers back into the game. With its signature skewed headlight design, the S1000RR looked nothing like anything else on the market. The buttery smooth 999cc four-cylinder engine made it an instant hit, and it has always been considered the best-equipped sportbike in the 1000cc category. 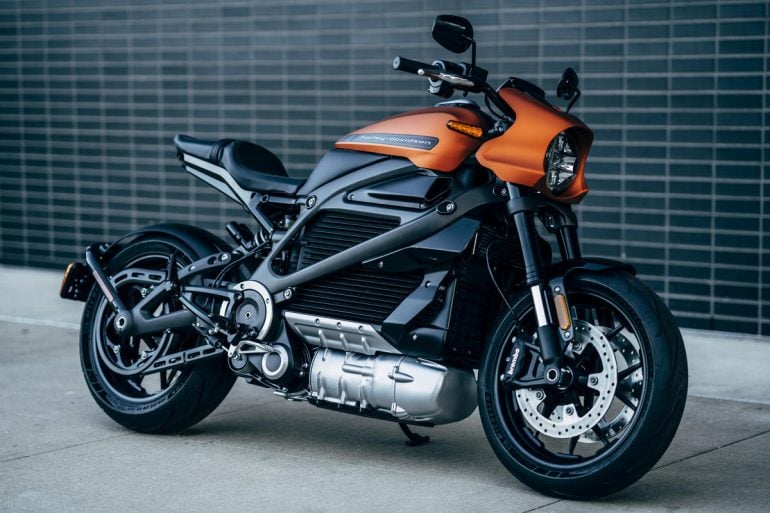 4. Harley-Davidson LiveWire
This has to be the most controversial name on the list, maybe a little less than the time when Harley actually announced that it’s adding an electric motorcycle to its line-up. It was a huge departure for Harley-Davidson that has traditionally only focused on building old-school V-twin-powered cruisers – a move that immediately angered very vocal patrons of the iconic American brand. But that’s exactly what makes the LiveWire one of the best and significant motorcycles introduced in the last 10 years. Harley-Davidson is also one of the first big motorcycle manufacturers to make electric bikes, with some touting it to be the Tesla of motorcycles. 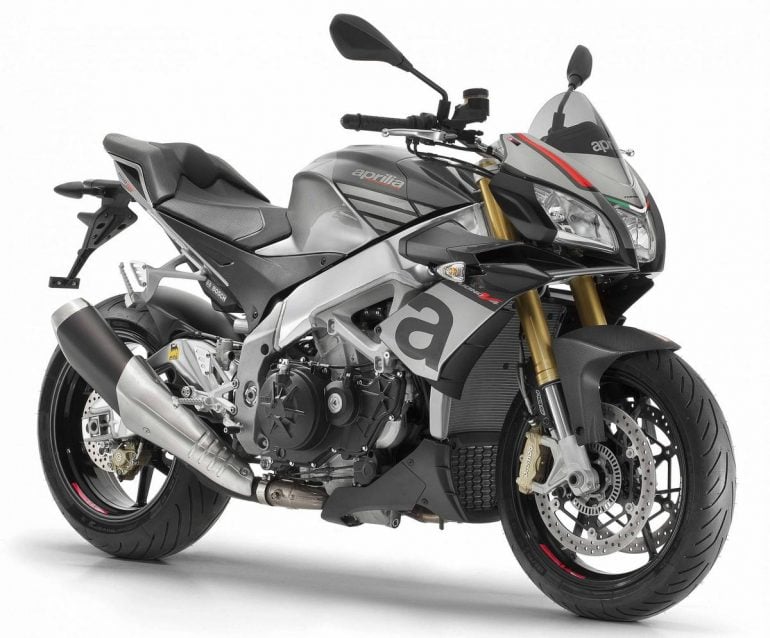 3. Aprilia Tuono V4
The Tuono has been a part of the Aprilia line-up since 2002 in the form of a naked streetfighter. Still, in 2011, the motorcycle received a complete redesign along the lines of the Italian manufacturer’s famous RSV4 superbike. Dropping the V-twin motor for a munch more powerful 1000cc V4 unit, the Tuono received a considerable bump in power, making it a very demanding motorcycle for even the most skilled riders. The V4 motor and the APRC electronic control package, made it the most powerful, technological, and sophisticated naked motorcycle of its time. For the 2015 model year, the Tuono was updated with an even bigger 1077cc V4 engine and more power. The Tuono V4 is a hardcore track bike in a streetfighter’s clothes and continues to be a favorite amongst motorcycling enthusiasts. 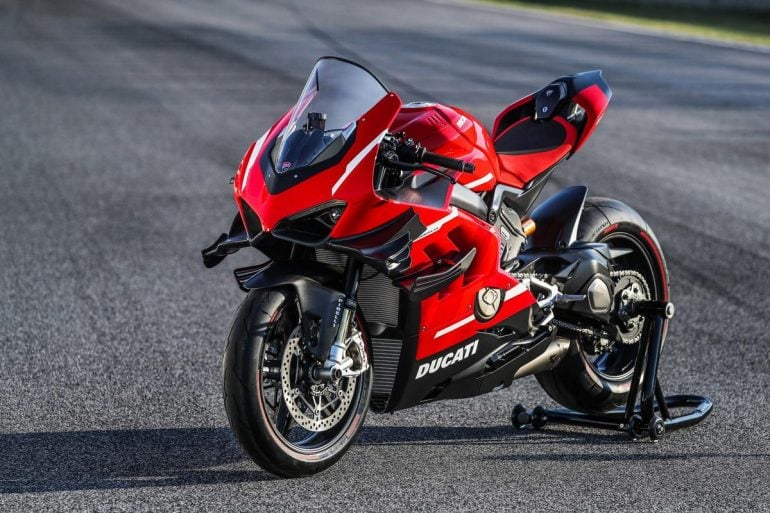 2. Ducati Panigale V4
After years of sticking to V-twin motors for its sports bikes, Ducati finally made a move to equip its flagship model with a four-cylinder engine in 2018 by introducing the Panigale V4 range. It marked a huge step forward for the Italian brand. Replacing the 1299 Panigale, it had some big shoes to fill. But the superbike powered by a MotoGP-derived V4 motor managed to surpass everyone’s expectations with ease. It’s easily the most beautiful Ducati to come in the last ten years, and it managed to set a new benchmark in the liter-class sportbike segment with the Japanese manufacturers forced to play the catch-up game. Thanks to its stunning design, top-shelf electronics, and brilliant handling, the Panigale V4 has come on the top of superbike shootouts by several famed motorcycling magazines over the last few years. 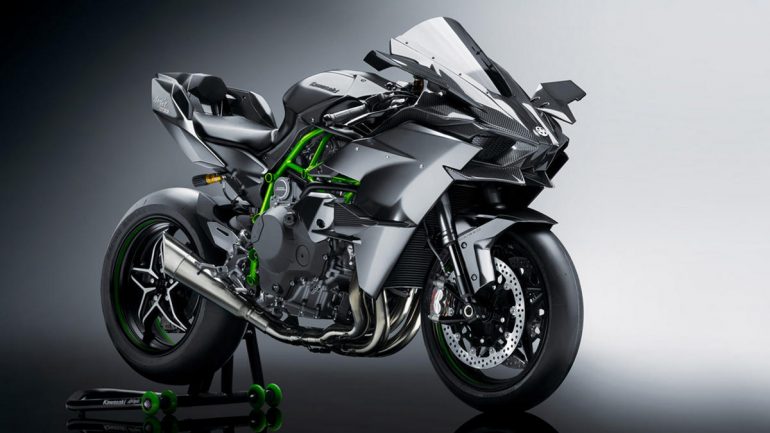 1. Kawasaki Ninja H2R
The Kawasaki Ninja H2R needs no introduction, and it wasn’t difficult at all to place it on the top of the list. And unlike the rest of the names on the list, we chose a specific variant of the model – that’s simply because the Ninja H2R deserves to be treated as a standalone, separate bike. The motorcycle is so special that people often forget the iconic ‘Ninja’ prefix to the name. It’s hard to believe that it has already been five years since the H2R and its road-legal H2 variant debuted. Yet the motorcycle comfortably sits in a segment of its own with no direct rivals. The track-only H2R is powered by a supercharged 998cc in-line four-cylinder engine that churns out a whopping 310hp, making it the most powerful and the fastest production motorcycle in the world. In 2016, Turkish motorcycle racer hit a top speed of 400km/h (about 248.5mph), which only helped cement the H2R’s place in the history books.