We are just a couple of weeks away from the end of what has been a tough and challenging year. With the hope of better and brighter days ahead, we can reminisce about all the great things that came in the past decade. It’s time we look at the best supercars that came out in the last 10 years. The automotive masterpieces that stood out from the rest. And what makes them special is the fact that the whole automobile industry is going through a massive transformation, with a hurried transition towards electric cars. There’s a significant chance that these engineering marvels might be the last of their kind and soon end up being a part of history books. Here are the top 10 supercars from the last 10 years. 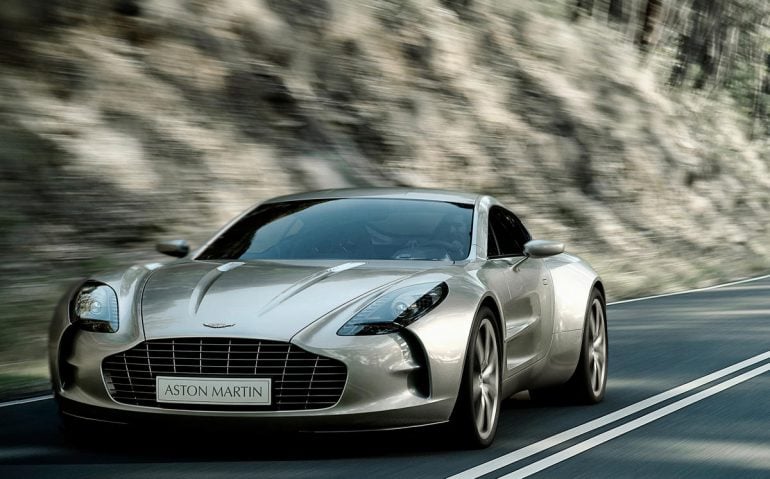 10. Aston Martin One-77
The name Aston Martin is synonymous with drop-dead gorgeous cars that can be best described as automotive art. However, the British manufacturer turned it up a notch when it introduced the super-exclusive One-77. Exquisitely crafted, the One-77 came at a time when Aston Martin was trying to turn things around after being sold by Ford. The marque needed a new hero, a new face, a halo car to help rebuild the hype around the brand. The One-77 was more than successful in doing that, ushering in a new era for Aston Martin. It was not only the most technically advanced Aston when it was launched a decade ago but was also the fastest thanks to its 750 hp, 7.3-liter Cosworth V12. It came with a carbon-fiber chassis and hand-formed aluminum body with a design that still looks stunning and fresh. Only 77 examples of the One-77 were made, making it an incredibly rare supercar. 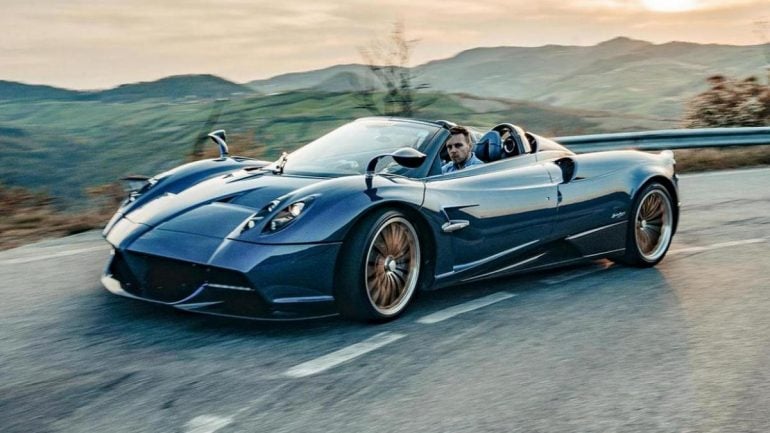 9. Pagani Huayra Roadster
When Italian supercar manufacturer Pagani debuted the Huayra at the 2011 Geneva Motor Show, the whole world watched with keen eyes as the exotic hypercar had some big shoes to fill. After all, it was tasked with the tough job to replace the legendary Pagani Zonda. Named after the Incan god of wind, the achingly beautiful hypercar didn’t disappoint with its absolutely stunning design. With its nature-inspired styling, flowing lines, carbon-fiber-intensive construction, painstakingly crafted parts, the Huayra was made for greatness. But it’s the model’s roadster variant that is simply mouthwatering. There’s something about the drop-top form of the Huayra Roadster that extracts the best out of the design. Powered by an AMG-tuned 6-liter twin-turbo V-12 producing 738 hp, the Pagani Huayra Roadster represents the perfect amalgamation of automotive art and performance. 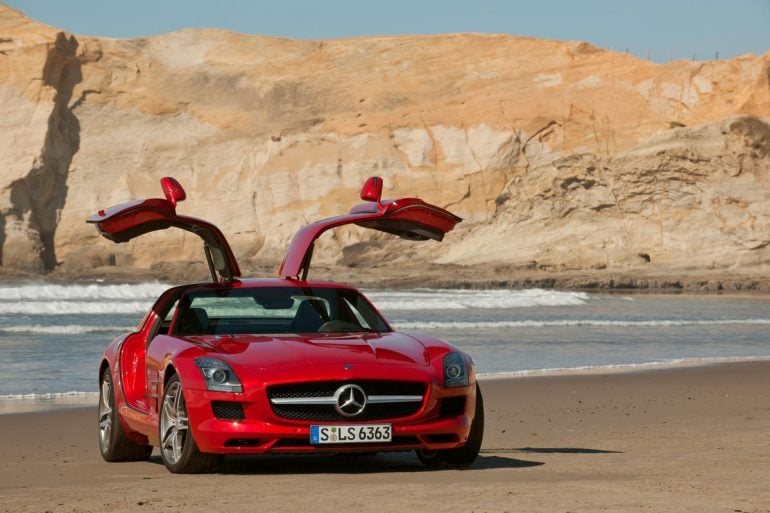 8. Mercedes-Benz SLS AMG
Modern recreations of legendary classic designs, more often than not miserably fail to be as impressive as the original, sometimes even risking alienating purists and brand loyalists. But Mercedes smashed it out of the park with the SLS AMG, which was created as a tribute to the iconic 300 SL and brought back the legendary Gullwing doors. The successor to the Mercedes-Benz SLR, it was the first automobile designed and built from scratch entirely by AMG. With a ridiculously long nose to accommodate the supercar’s front mid-engine layout, the SLS AMG looked completely different from anything else in the market, earning the beastly machine a distinct character. The massive 6.2-liter V8 produced 563 hp and enough torque to rip the tarmac. The SLS AMG has now been replaced by the Mercedes-Benz AMG GT, but the two-seater supercar has permanently etched its place in automotive history. 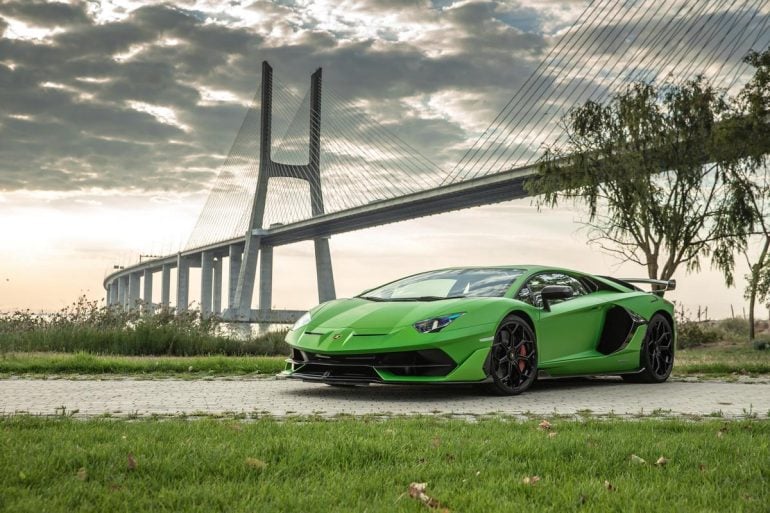 7. Lamborghini Aventador SVJ
It is incredible when you realize that the names on this list make Lamborghini Aventador sound mundane, and calling the V12-powered Lamborghini flagship dull is borderline sacrilege. But to give the Italian bull a fighting chance against the rest, we have included the most potent version of the model that is now due to be replaced in the manufacturer’s line-up after a decade’s successful production run. The Aventador SVJ (Super Veloce Jota) is the track-focused variant of the flagship that until recently held the record for the fastest production car to lap the legendary Nürburgring Nordschleife. It obliterated the myth that Lamborghinis are just for straight-line speed with its barely-believable performance achieved by the extensive use of carbon fiber, mad aerodynamic package, and a reworked 6.5-liter V12 engine churning out 759hp. 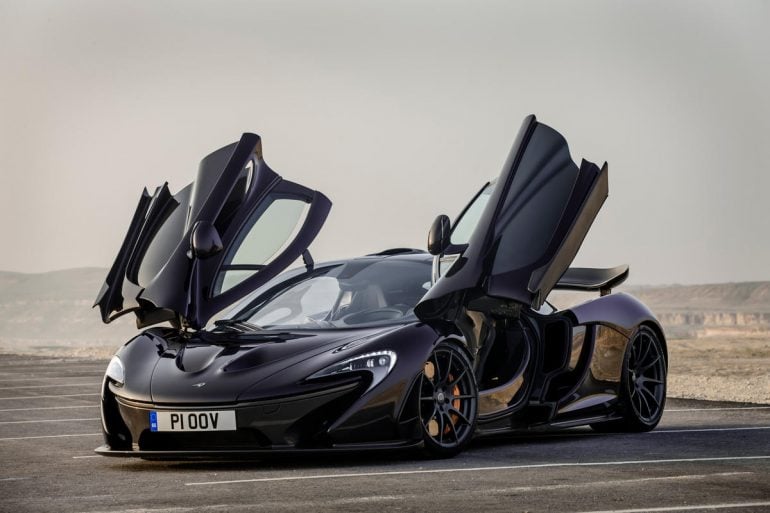 6. McLaren P1
Spawned out of the fiercest automobile rivalry of the last decade to create the best hybrid hypercar, the P1 firmly established McLaren’s name as one of the leading players in the performance cars segment. Although, technically, the P1 isn’t the spiritual successor to the McLaren F1; however, it became the company’s first model to earn the comparison with the legendary supercar. With a bodywork that looks like a combination of spacecraft and a Le Mans prototype racecar, the McLaren P1 seemed years ahead of its time. However, the P1 was much more than its jaw-dropping design. McLaren created a technical masterpiece that built a solid foundation and a proper roadmap for the manufacturer’s future models. The hybrid hypercar derives its power from a 3.8-liter twin-turbo V8 that produces 727 hp and an electric motor that adds 177 hp, taking the total to a whopping 903 hp. The P1 accelerates from zero to 60 mph in just 2.7 seconds, making it still one of the fastest despite being more than 7 years old. 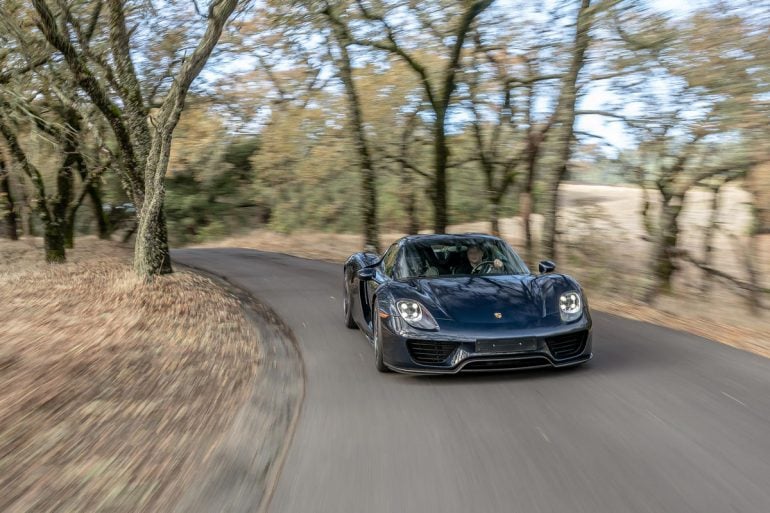 5. Porsche 918 Spyder
This brings us to the second part of the holy trinity of hybrid hypercars – the Porsche 918 Spyder. In a line-up of cars deeply influenced by the iconic 911, the Porsche 918 Spyder stands apart with its distinctive styling and technical advancements. When it came out in 2013, many saw it as the more restrained hypercar than the McLaren P1 and the LaFerrari. Some even assumed it to be the slowest of the three. However, over the years, the Porsche 918 Spyder has proved itself not only as an equally-capable contender but even the fastest at many race circuits out of the three hypercar. The 918 is powered by a natural-aspirated 4.6-liter V8 that produces 599 hp and supplements by two electric motors delivering an additional 282 hp, giving it a combined output of 887 hp. The company claimed a 0-60mph time of 2.6 seconds, but many independent tests proved it much faster. 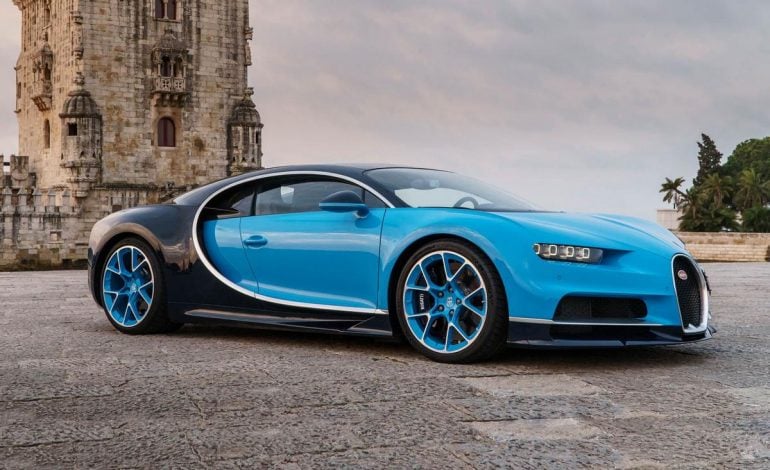 4. Bugatti Chiron
From one of the fastest accelerating cars to the fastest production car in the world, or at least what Bugatti claims. Fastest or not, the Bugatti Chiron is truly a special automobile; an engineering marvel that deserves all the attention and respect. The successor to the legendary Veyron, the luxury hypercar sits in a segment of its own with no direct competitors and quite possibly is the last of its kind. The Chiron packs the ingredients of a top-of-the-range luxury car and combines it with an unmatched performance that will make you question the laws of physics. But unlike the Veyron, Bugatti used the Chiron platform to spawn several different variants, all purpose-built for different applications, which tell you how versatile the Chiron really is. The highlight of the hypercar still is the majestic 8.0-liter W16 engine that produces an otherworldly 1500 hp. 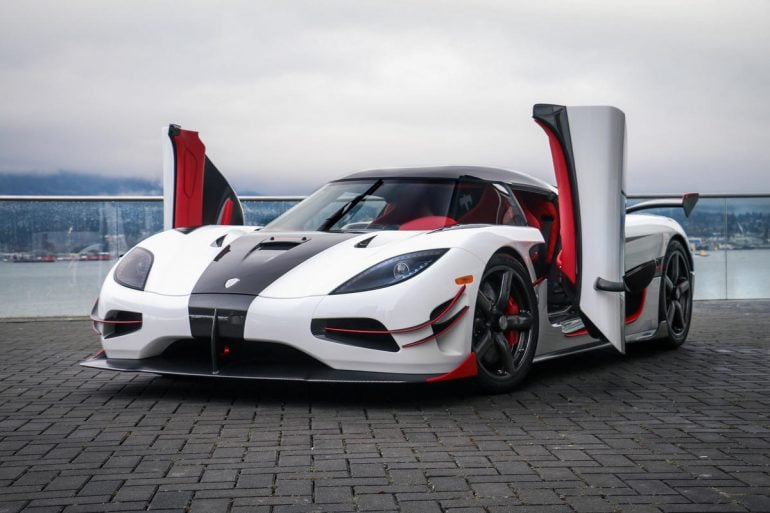 3. Koenigsegg Agera RS
If there’s a manufacturer that absolutely dominated the 2010s with its wildest hypercars, it has to Koenigsegg. And If I were to list all the insanely cool cars made by Koenigsegg over the last 10 years, it will leave no space for others by filling out almost the entire list. One after another, the Swedish manufacturer has outdone itself with the launch of each successive model. But the one that deserves mention on this list is the Agera RS – a hypercar that casually broke Bugatti’s world record on a closed public highway in the US. The way the Koenigsegg Agera RS accelerates and decelerates is beyond comprehension. No car’s even remotely close to the Agera RS as far as the 0-292-0mph record is concerned. Powering the hypercar is a twin-turbocharged 5.0-liter V8 that develops a massive 1360 horsepower, which helped it reach a top speed of 284.5mph. 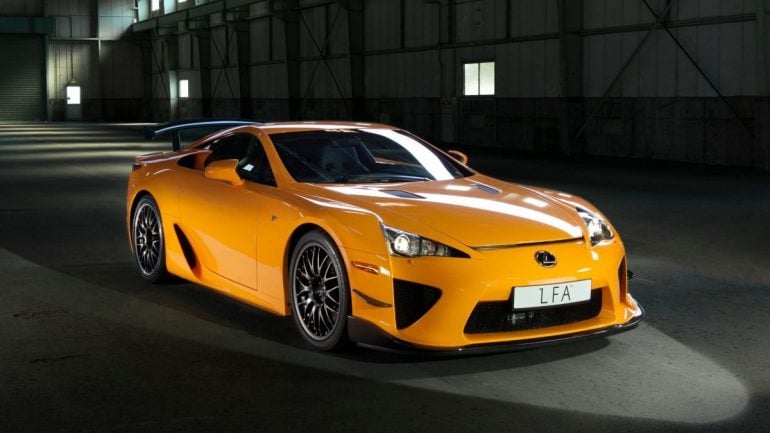 2. Lexus LFA
The Lexus LFA narrowly missed attaining the top spot on the list. The legendary LFA was purely conceived to prove a point that the Japanese can build the world’s most technically advanced and possibly the best supercar of its time – a supercar for the purists that was made without restrictions. The LFA was the vision of Toyota CEO Akio Toyoda, and the philosophy behind it was very simple – build a supercar that becomes the benchmark for all future performance cars. However, by the time Toyota released the production version a decade back, it was way too expensive and initially received an underwhelming response. The Japanese manufacturer also lost huge sums of money for each LFA it made. But slowly, the world understood the true value of the Lexus LFA, which has now earned itself the title of one of the best automobiles of the 21st century. Out of all its incredible qualities and features, the high-revving naturally aspirated 4.8-liter V10 engine remains to be its highlight. 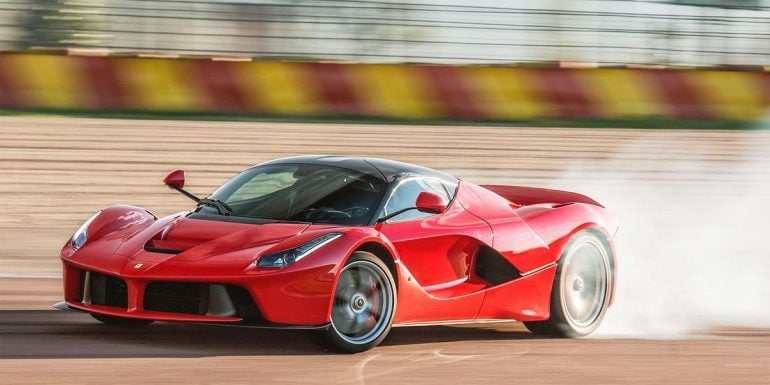 1. Ferrari LaFerrari
On top of the list is the ultimate modern Ferrari which represents the perfect balance between technology and art – the Ferrari LaFerrari (Italian for the ultimate Ferrari). The third member of the holy trinity deserves a separate post list of all the things specializing. Created using technology derived from Formula 1 and with styling that still looks futuristic after 7 years since its debut, the LaFerrari is simply the most special hypercar of this decade. A hypercar paved the way and set yardsticks for all modern Ferraris, especially the new SF90 Stradale. A future classic, the LaFerrari is a favorite amongst car collectors, and rarely one of 499 units built change hands. The hybrid derives its power from a 789 hp V12 that gets a 161 hp boost from an electric motor, taking 950 hp. It has all the right ingredients to be deemed as the pinnacle of its era.