The Bugatti Veyron has etched a permanent place in automotive history with its legendary performance figures and its record-setting top speed that still stands intact. To replace such a celebrated name, Bugatti had to come up with a hypercar that would reset the performance benchmark of the motoring world; and boy did it deliver! Arguably the show stopper of the 2016 Geneva Motor Show, the all-new Bugatti Chiron is a pure engineering marvel. Here are 7 mind-blowing facts about the Bugatti Chiron that make it one of the best machines ever made in the history of cars. 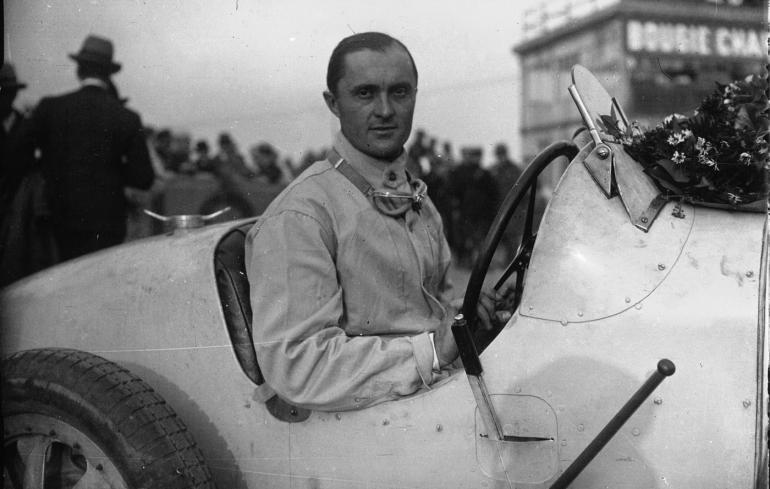 7. Bugatti’s newest hypercar is named after the legendary Louis Alexandre Chiron
Initially, it was believed that Bugatti’s new super sports car is named after a centaur in Greek mythology. However, in November last year, the carmaker announced that the hypercar has been named after the car racing legend, Louis Alexandre Chiron. The famous Bugatti test driver who virtually won all the major Grand Prix for the Molsheim based brand in the 1920s and 1930s. His name is more closely connected with the history of Bugatti than any other racing driver. An abstracted form of the legendary racer’s signature will be found as stitching on the headrest of the new hypercar. 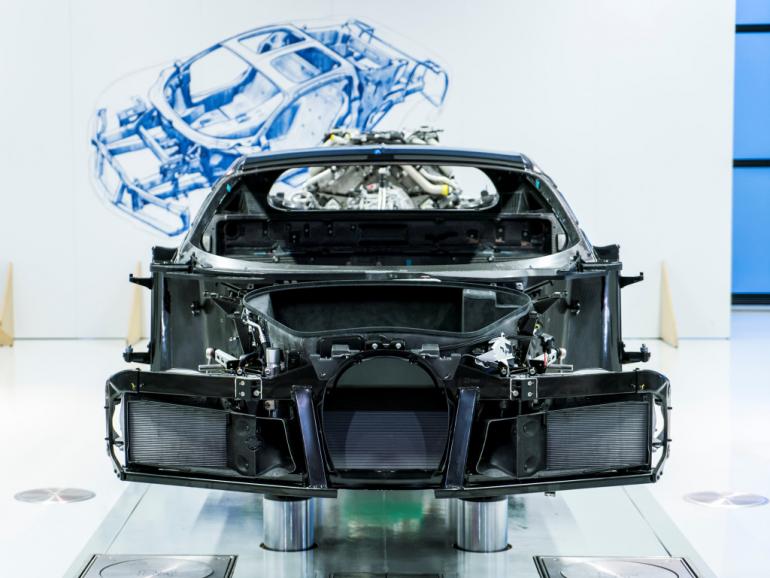 6. The Bugatti Chiron is as rigid as an LMP1 racing car
Just to give you an idea on how special the monocoque of the Chiron is – a single monocoque chassis takes four weeks to make and is made entirely from carbon fiber, which makes it exceptionally rigid. According to Bugatti, the Chiron “reaches a torsional rigidity of 50,000Nm per degree and flexural rigidity of about 0.25mm per ton.” Putting those numbers into perspective, the rigidity of Chiron’s chassis is comparable to an LMP1 endurance racecar. The chassis is also 8kg lighter than the Veyron’s monocoque. Some of the weight-saving measures adopted by Bugatti on Chiron are absolutely incredible. For the first time, the rear end of the car is also made from carbon fiber. Even the airbags sit in a carbon fiber housing. If the carbon fiber used in the monocoque were to be laid out end to end, they would stretch nine times the distance between the earth and the moon. 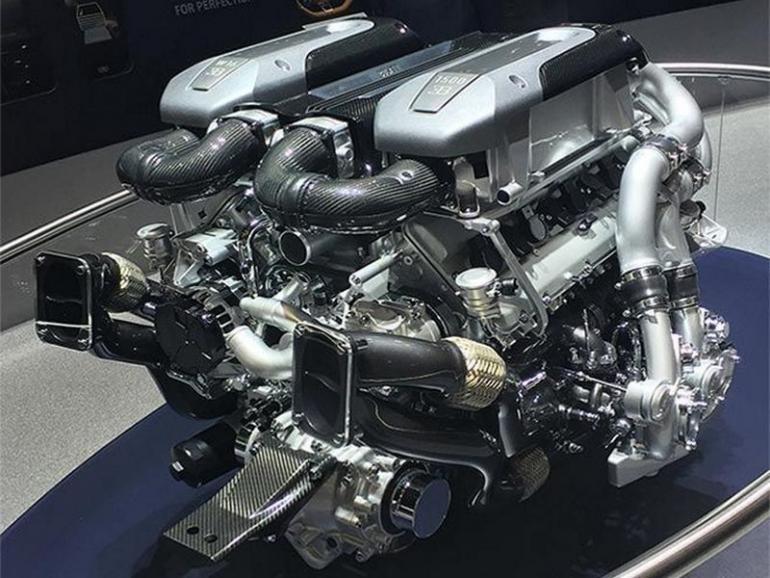 5. The engine produces a mind-numbing 1,500 horsepower without the help of hybrid technology
Unlike the current breed of hypercars and its closest competitors – the Koenigsegg Regera, McLaren P1, LaFerrari and Porsche 918 – the Bugatti Chiron is powered by pure gasoline power. The Chiron features an improved version of the Veyron’s quad-turbocharged, 8.0-liter W16 engine which now produces 1500 horsepower and 1180lb ft. This engine features 32 fuel injectors and extra measures of mass-reduction compared to its predecessor. The big bump in power is achieved through four larger turbos. They work in tandem to deliver maximum torque from 2000 to 6000rpm, which is 70 percent of the engine’s full operating range. The hypercar features a two-stage system that replaces the parallel system in the Veyron and only uses two turbos up to 3800rpm, to improve throttle response and all four beyond that. The carmaker claims it had to develop a new test bench for the 8.0-liter engine, as the existing test equipment was not enough for the W16. 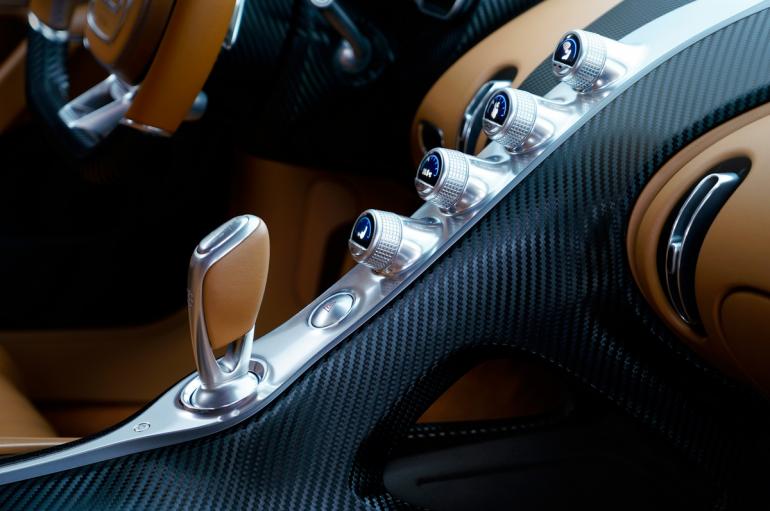 4. The Chiron has the largest clutch ever fitted to a passenger car
To put the earth-shattering power produced by the W16 engine down on the tarmac, Bugatti has designed a new seven-speed dual-clutch transmission that is big enough to handle the Chiron’s 1180lb ft of torque. The Chiron’s bespoke transmission, which sends power to all four wheels, is the largest, highest-performance clutch fitted to a passenger car. 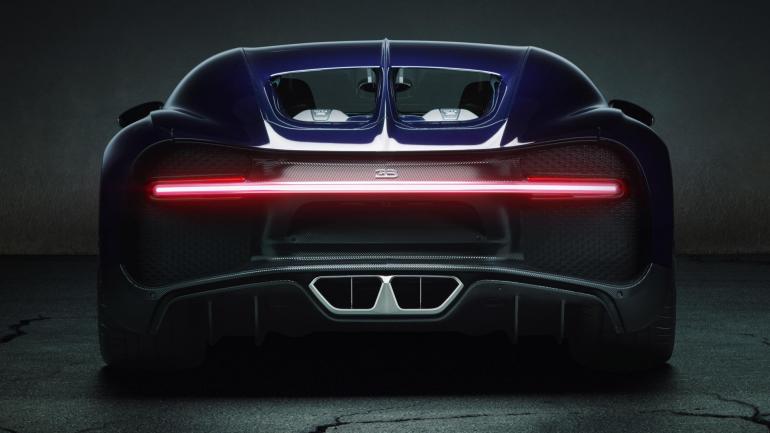 3. It boasts a sophisticated titanium exhaust system that adds to the overall downforce
In addition to the new quad-turbos with its two-stage system, the increase in power of the W16 engine can also be attributed to the Chiron’s brand new titanium exhaust system. The hypercar’s exhaust system is fitted with four pre-converters and two main catalytic converters, which according to Bugatti are six times larger than catalytic converters found in medium-sized cars. That’s not all; it uses a brilliant trick to expel exhaust gases while producing more downforce. From the rear, it may appear that the Chiron has only four exhaust pipes. However, the Bugatti actually has six 3.2-inch titanium exits; four of the exhaust tips exit centrally, and the other two exit downward on the left and right sides of the hypercar. These two downward pointing exhaust pipes create a Formula 1-style blown diffuser that increases downforce at speed. 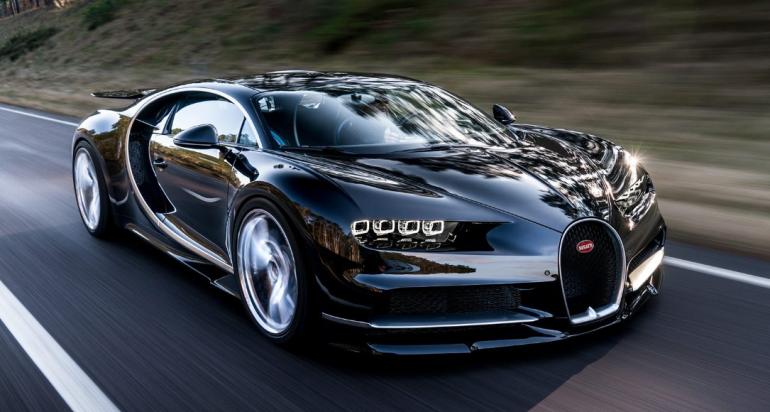 2. The Bugatti Chiron is all set to become the new fastest production car in the world
For more than a decade now, Bugatti has ruled the record books when it comes to the world’s fastest production car, and it seems the reign is not going to end anytime soon. The Bugatti Chiron is all set to snatch the record from its predecessor; however, the carmaker hasn’t yet officially announced the hypercar’s top speed. The top speed is electronically limited to 261mph (420km/h), which makes it a little slower than the Veyron Super Sport’s record V-max of 267mph. But with the limiter removed, it is believed that the hypercar can reach a top speed of at least 275mph, 7mph faster than the Veyron Super Sport and 5mph faster than the Hennessey Venom GT. 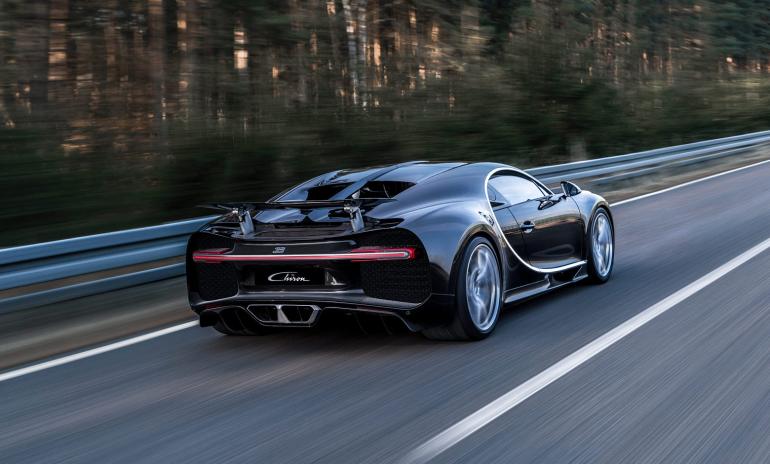 1. Chiron’s production will be limited to 500 units
Base price for the all-new Chiron is a cool €2.4 Million, which roughly equals to 2.7 million in US dollars. During the official unveiling at the 2016 Geneva motor show, Bugatti announced that the Chiron will see a limited production run of only 500 units and a third of the available cars were already taken even before it was officially revealed to the world. The cars will be built in the marquee’s historic home in Molsheim and the first of the limited edition super sport is expected to be delivered by the end of 2016.