Earlier this year, German company named Goldencycle introduced a single speed fixed gear cycle dubbed ‘Gold Cycle One’ that was created specifically for professional bike messengers of New York. Following its success, the company has come up with an improved version, the Gold Cycle Two, which carries the same design theme and simplicity of its predecessor. Featuring matte aluminum body with anodized gold accents, the Gold Cycle Two is as elegant as the first version. Despite its opulent appearance, the designers focused on cost savings to make it available to the commuting class, as opposed to the collector’s circuit. The bike is a pure, stripped-down vehicle that provides only the basics — plus a single brake — for lightweight, low-cost riding enjoyment. 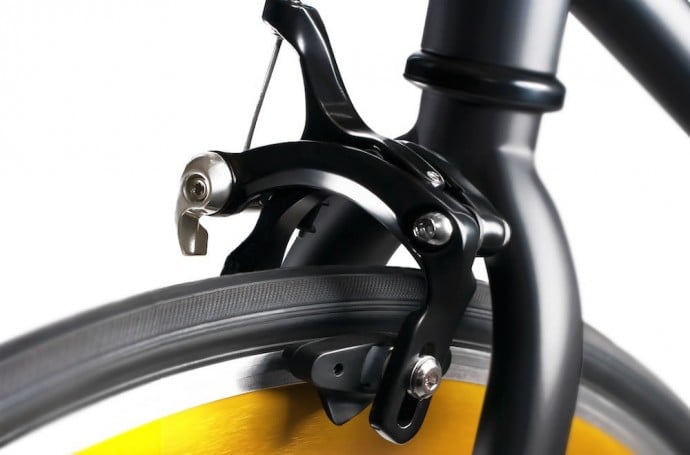 The Gold Cycle Two is built on a custom frame and a collection of components crafted in-house that are based on three years of testing and research. The company says that, “while this version from might be as sexy as some of the five-figure luxury bikes we’ve seen in recent years, this one is available for about $750 after conversion from euro.” 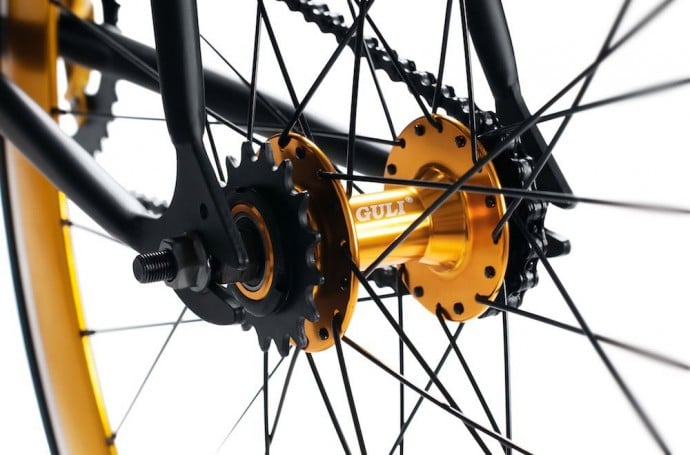 Tags from the story
Bicycles, Gold-Plated