Highly exclusive Porsche’s 918 Spyder is already one of the fastest cars ever produced, but customers can opt for a factory-installed Weissach package that boosts performance of the car even further. Besides the several paint colors available for the 918 Spyder, with the Weissach Package the customers have awesome Martini Racing and Salzburg Racing liveries as option. However, a Saudi Arabian owner of a Porsche 918 Spyder with the Weissach Package thinks a chrome-gold wrap looks better. Are we even surprised? In fact, it is the first gold-wrapped Porsche 918 Spyder in the world. 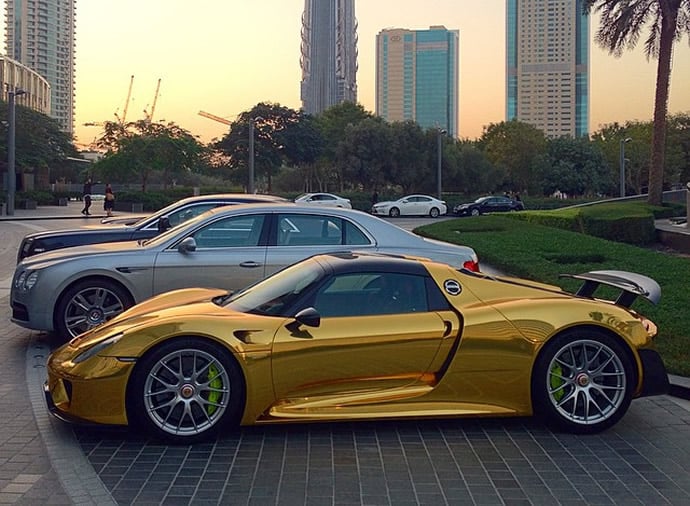 Luxury-car spotter Patrick3331 nabbed Porsche 918 Spyder No.222 (out of an already sold-out production of exactly 918 units) parked outside a hotel somewhere in Saudi Arabia and posted a YouTube video. You can even find pictures of the car being wrapped in gold after the jump. The carbon fiber bits seen on the car, including the roof, rear wings, door mirrors and frames of the windscreen are part of the Weissach Package that cuts weight by about 40 kg or 88 pounds. 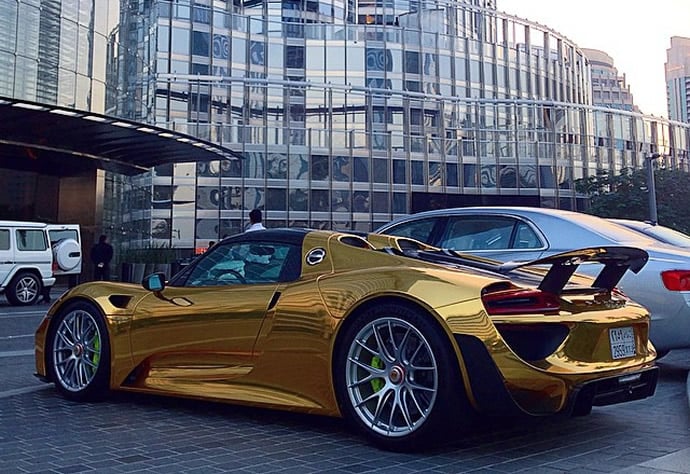 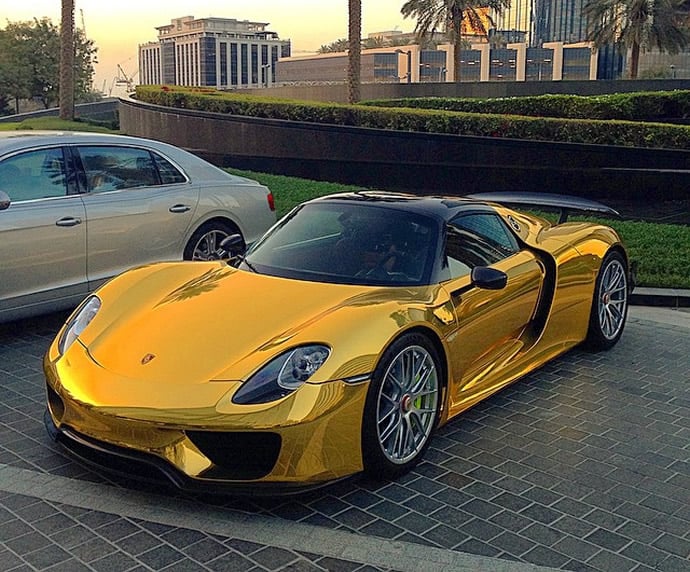