American boutique manufacturer Hennessey has chopped the roof off its 300+mph Venom F5 Coupe to create the world’s fastest open-top hypercar. Feast your eyes on the new Hennessey Venom F5 Roadster that has a theoretical top speed in excess of the haloed 300mph mark. If the Venom F5 Roadster actually manages to hit 300mph, Hennessey will break its own record for the world’s fastest convertible set by the Venom GT Spyder by clocking 265.6 mph. The American company says the Roadster is near identical to the Coupe except for the obvious convertible roof and minor adjustments made to the carbon fiber tub. 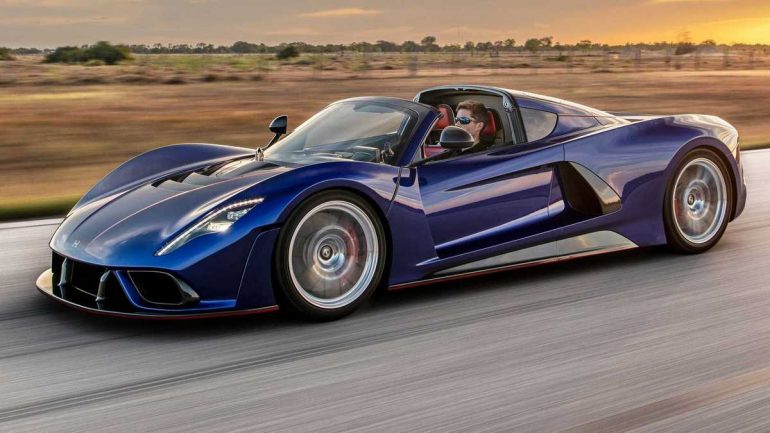 The F5 Roadster is powered by the same twin-turbocharged 6.6-liter V8 found in the Coupe. The mid-mounted V8 is capable of churning out 1,817 horsepower and 1,193 pound-feet of torque, making the F5 Roadster the most powerful convertible in the world. Hennessey has even fitted the open-top hypercar with a new tempered glass window that offers a view of the fire-breathing V8. The engine is paired with a seven-speed, single-clutch semi-automatic transmission that sends the power to the rear wheels. Weighing in at 3100 pounds, the F5 Roadster is only 100 pounds heavier than the Coupe. 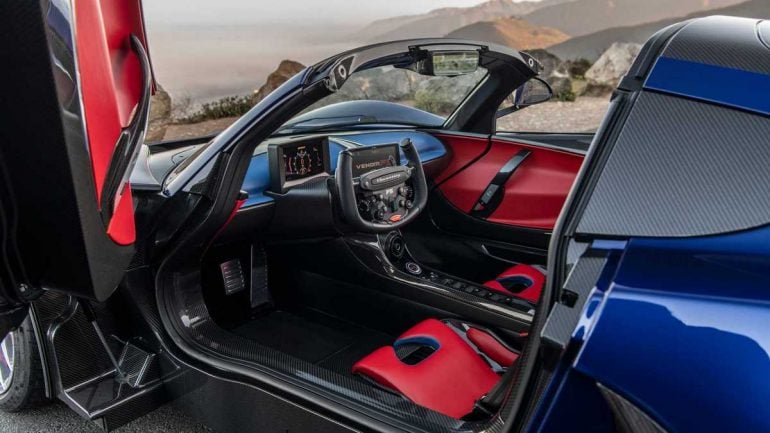 The Roadster features a single-piece, removable carbon-fiber roof panel that is lined with Alcantara and weighs around 16 pounds. The panel has to be manually attached or detached and is secured with four quick-release bolts and a pair of high-strength latches. The Venom F5 Roadster made its public debut at The Quail, A Motorsports Gathering, one of the premier events of 2022 Monterey Car Week. According to Hennessey, only 30 examples of the Roadster will be made, each priced at $3 million. 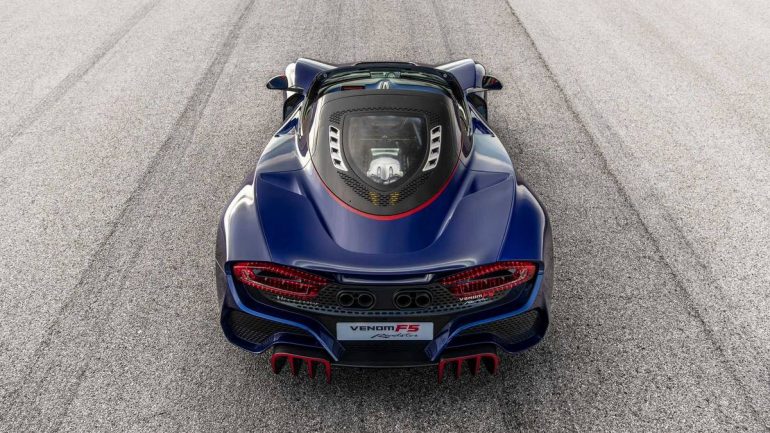 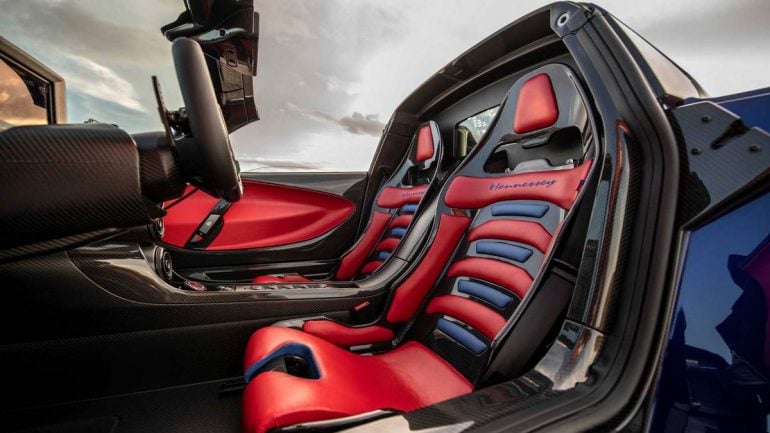 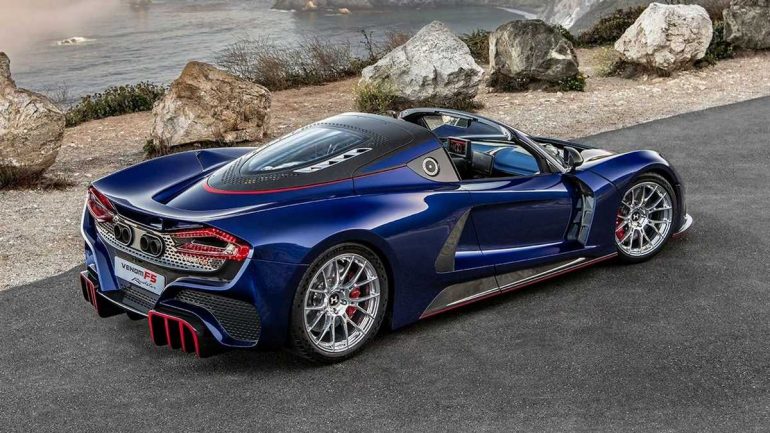