Last month, Hennessey Venom GT was all over the news for recording a top speed of 270.4 mph that was set at NASA’s Kennedy Space Center and was verified by Satellite-assisted VBOX. The Texan company is celebrating the feat by building an extremely limited run of three Venom GT World’s Fastest Edition (WFE) hypercars. But in case you too where flabbergasted by this astonishing piece of engineering and want to get this $1.25 million baby in your garage, well the bad news is you can’t because it’s already sold out. Although the news is hardly surprising as the record breaking achievement is a big reason for deep-pocketed petrol-heads from across the world to queue up at the doors of Hennessey Performance Engineering to buy one these despite its million dollar price tag.

“The Venom GT is America’s supercar, and it broke 270 mph on the same runway where the Space Shuttle landed at the Kennedy Space Center,” said company founder John Hennessey in the press release. “We wanted to offer a special paint scheme that would incorporate the colors of the American flag. Thus, our special livery package includes a body in white with red-and-blue stripes.” In addition to its awe-inspiring top speed, it also holds the Guinness World Record for the 0-300 km/h (0-186 mph) dash at 13.63 seconds. The Venom GT is powered by twin-turbo 7.0-liter V-8 engine which makes a peak power of 1,244 horsepower. 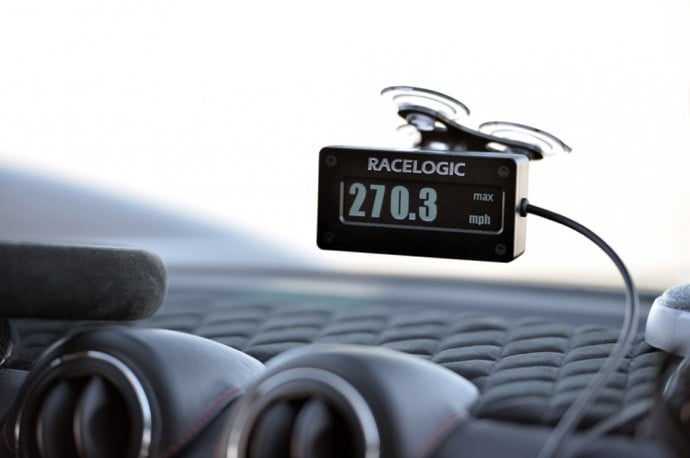 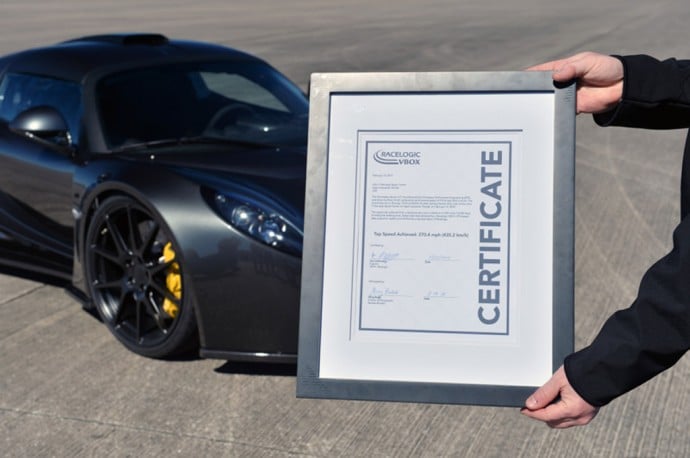 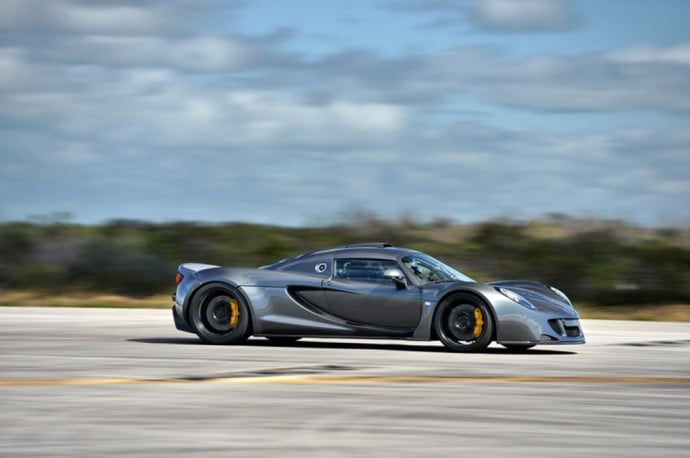 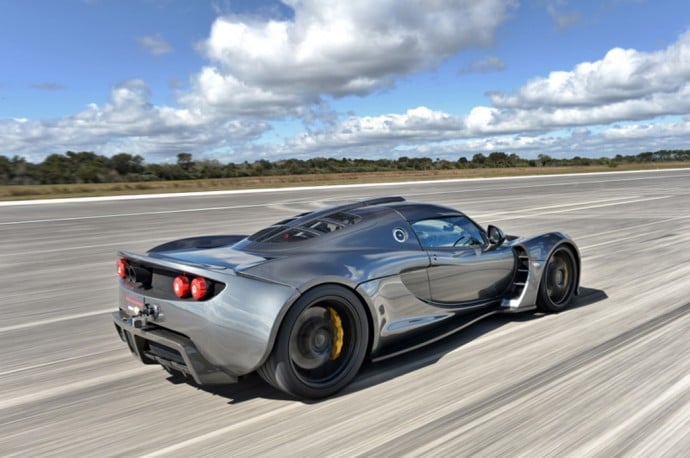 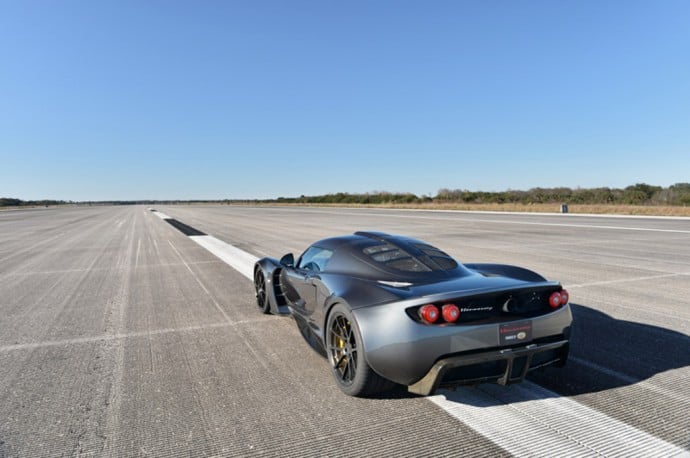 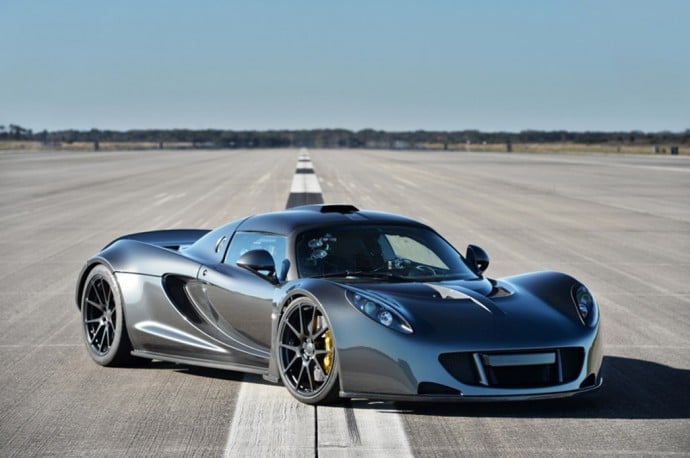 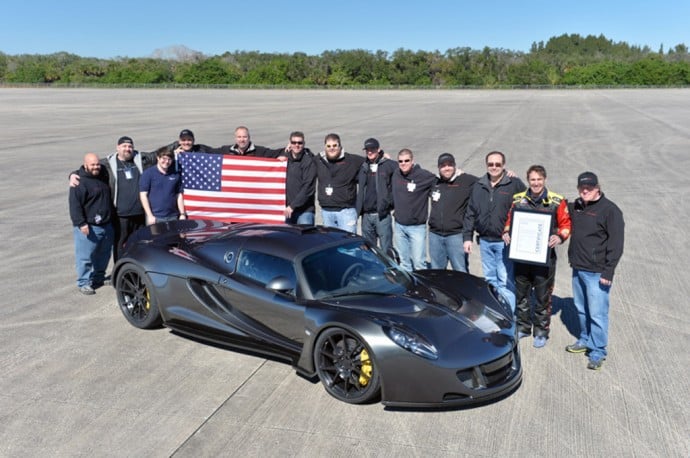