The new 2015 Ford Mustang made its official debut almost a year back, and a handful of high-performance tuned versions have already started to emerge. Details on Saleen’s Mustang based S302 model and a performance kit by Roush surfaced recently, and now Hennessey is the newest name to join the fray. The company is offering an upgrade package on the 2015 Ford Mustang GT 5.0-liter V-8 and will build only 500 units. Dubbed the HPE700 Mustang, the sinister looking new generation pony will pack a whopping 717 horsepower delivered at 6600 rpm and 632 lb-ft of torque at 4400 rpm extracted out of the same engine – all thanks to a Roots supercharger in addition to upgrades to the throttle body, fuel injectors, fuel pump, and exhaust system. 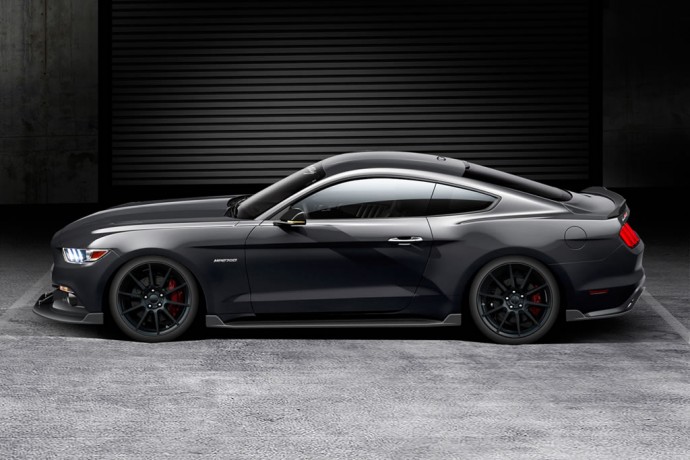 With the upgrade kit, the 2015 Mustang HPE700 is capable of doing a 0-60 mph sprint in just 3.6 seconds and complete the quarter-mile in 11.2 seconds at 131 mph. Special badges on the exterior reading ‘Hennessey’, ‘HPE700’ and ‘Supercharged’ along with serial-numbered dash and engine plaques help differentiate the car from the standard Mustang . Other added features include CarbonAero carbon fiber bodywork, side sills, a rear diffuser, front splitter, and rear lip spoiler. Michelin Pilot Super Sport 2 tires wrapped on the Hennessey H10 Lightweight 20-inch wheels complete the Hennessey Performance 2015 Mustang. Suspension upgrades are under development and “may include a trip to the ’Ring at some point,” according to company founder and president John Hennessey. 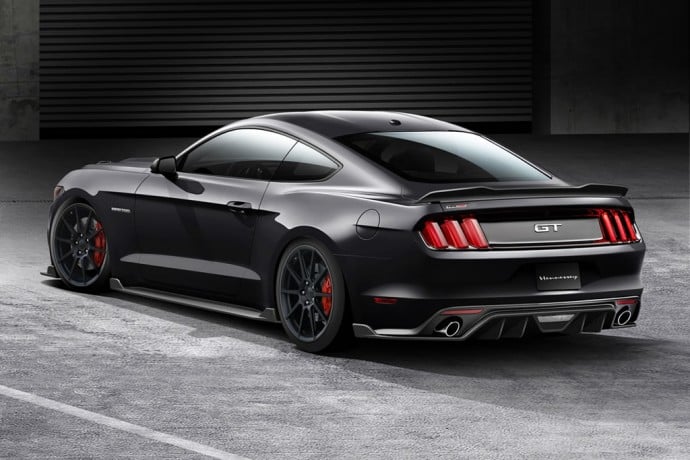 Tags from the story
Ford, Hennessy