Honda Aircraft has revealed the HondaJet Elite II at the 2022 National Business Aviation Convention and Exhibition (NBAA-BACE) in Orlando, Florida, completing the manufacturer’s 420 series. “It will be the fastest, highest, and farthest flying aircraft in its class, with an expanded range of 1,547 nautical miles,” said Hideto Yamasaki, president and CEO of Honda Aircraft Company. The extended range has been achieved thanks to its ability to carry 3,100 lbs. of fuel, which is up from 2,900 lbs. on the HondaJet Elite. The aircraft also has increased its maximum takeoff weight to 11,100 pounds to compensate for the added fuel and carry more cargo. For improved performance on short, unfinished runways, the aircraft features an Over-The-Wing Engine Mount (OTWEM) configuration for its twin GE Honda Aero Engines HF120s.

Mechanically, the HondaJet Elite II is very similar to the Elite that was first showcased in 2018. The Elite II will come with a new, bespoke avionics suite based on the Garmin G3000 integrated flight deck that includes a Stabilized Approach system that provides the pilot with audio and video prompts for a stable landing approach. By the end of 2023, the updated avionics suite will also get an autothrottle and Garmin’s Autoland system that can autonomously control and land the aircraft during emergencies. “It will allow the aircraft to be operated with one pilot,” Yamasaki said while speaking to Robb Report. “That is something that customers have been asking for.” The HondaJet Elite II is also equipped with a new Ground Spoiler, which is meant to increase brake efficiency on landing. 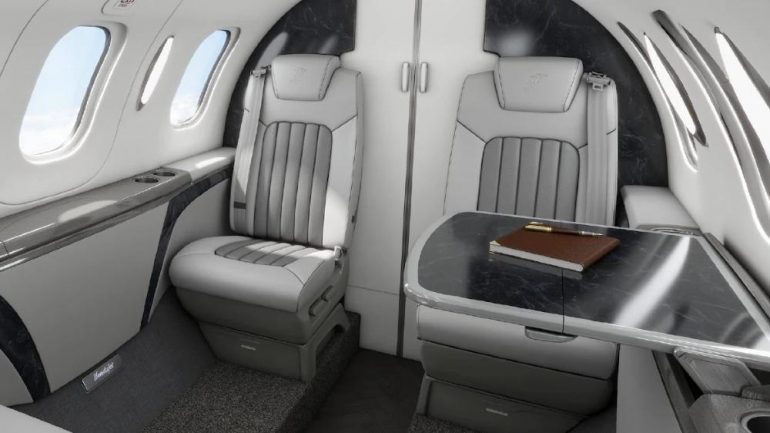 In addition to the existing Corporate Scheme Design liveries, buyers can opt for the Black Edition which features a stealthy black finish for the exterior complemented with red stripes. For the interior, the Elite II features a fully redesigned cabin with two new interior options, Onyx and Steel. The cabin has also been given a new acoustics treatment to make the interior quieter. Furthermore, an extra three inches of legroom has been added to make the cabin more comfortable for flyers. “The HondaJet Elite II once again pushes the boundaries of its category on all fronts of performance, comfort, and style,” said Hideto Yamasaki, President & CEO of Honda Aircraft Company. “We are also excited to take our aircraft forward on the journey of automation by bringing new technologies to the market next year.” 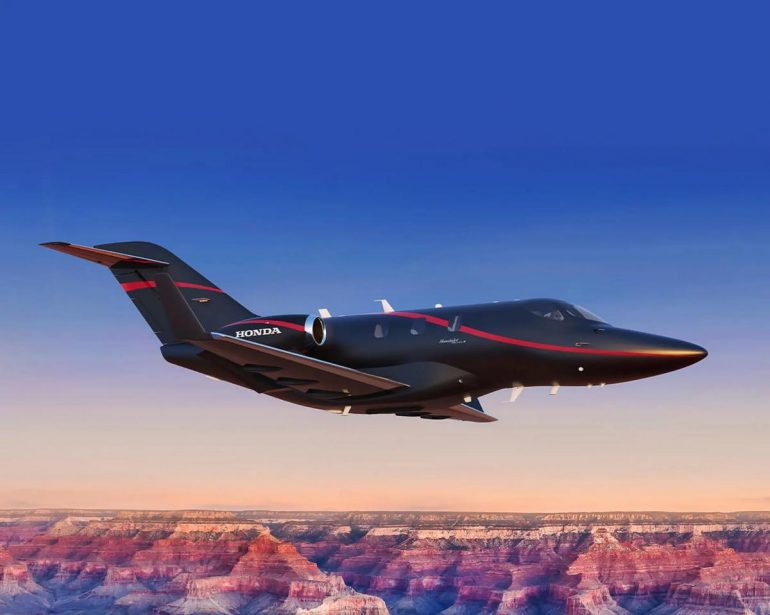