If you wish to pick up something truly unique this Christmas, then this year’s Neiman Marcus Christmas Book has something very special for you. Biker legend and master motorcycle fabricator Indian Larry doesn’t need an introduction. The late chopper icon’s hand-crafted motorcycles are extremely rare and on very few occasions go on sale. One of his creations, considered as his best work, has gone up for sale as a part of 2013 Neiman Marcus Christmas Book. Named the ‘Wild Child’, the bobber styled chopper was hand-built in Brooklyn, New York, for the Discovery Channel’s 4th episode of the ‘Biker Build-Off’ series in 2003, a year before he passed away. Larry ended up winning the build-off and famously dismantled the trophy to give the parts to his challenger Billy Lane and other fans who attended the event. 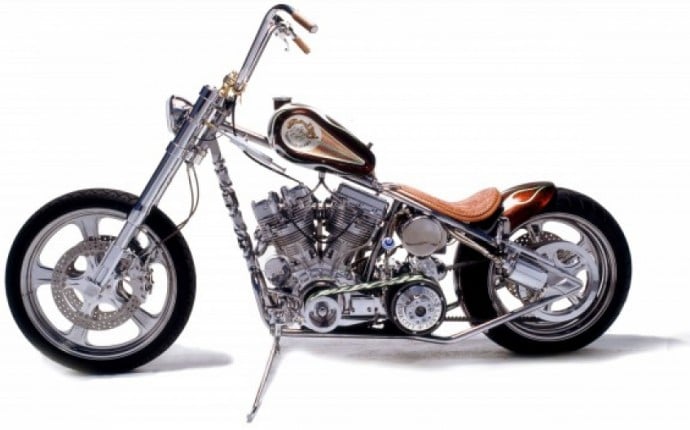 Considered by many as the pinnacle of Larry’s craftsmanship, he rode the ‘Wild Child’ from St. Louis, Missouri, to Sturgis, South Dakota, for the build-off. It features his signature dished tank, root beer metal flake paint, twisted down tube frame, and a truly unique engine with a shovelhead front cylinder, panhead rear, and jockey shift. An open belt drive is emblazoned with the ‘Wild Child’ name. What makes it even more special is that the whole process of building the ‘Wild Child’ has been documented by Discovery Channel. It has been priced at $750,000 out of which Neiman Marcus will donate $7,000 to The Heart of Neiman Marcus Foundation. 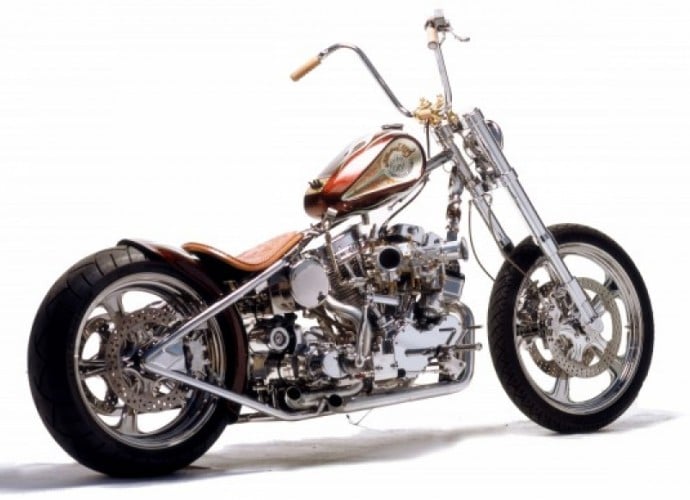 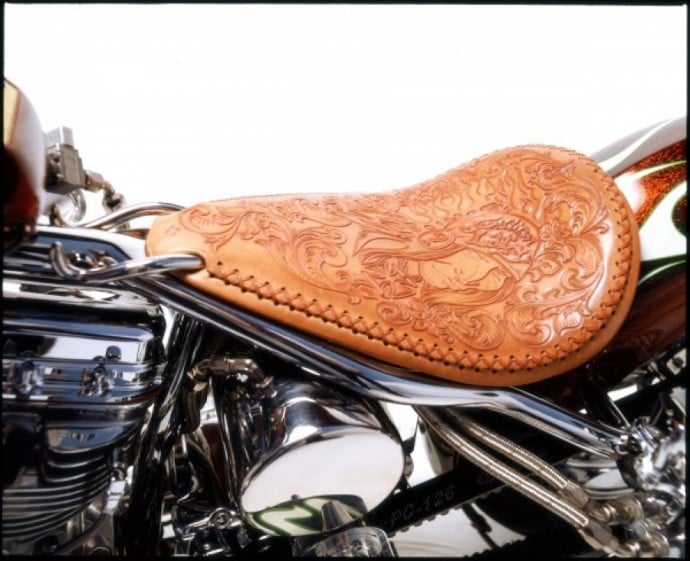 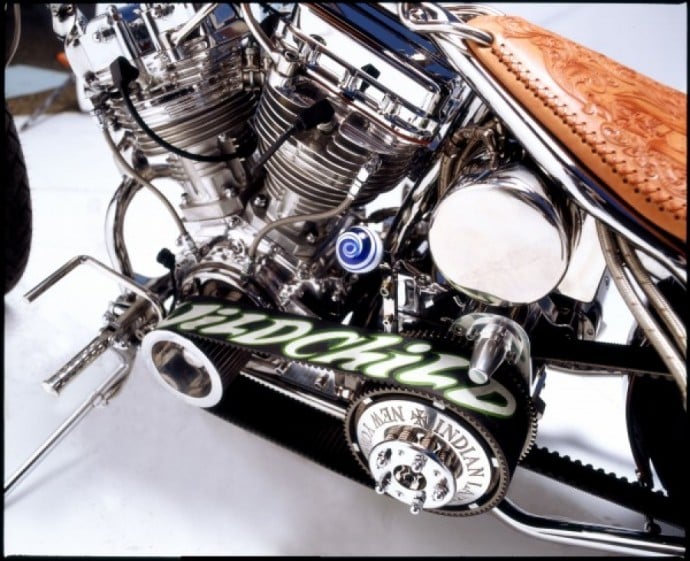 [Available at Neiman-Marcus Via Indian-Larry ]