Jeremy Clarkson of Top Gear and The Grand Tour used to make fun of Horatio Pagani’s second gift to the automotive world. Pronouncing the car’s name, a reference to the Andean god of wind, requires verbal instruction. We dare you to try — few can master the phonetics. Now that Ferrari has taken to naming their cars “Superfast” and “LaFerrari,” Pagani’s artistic choice of moniker seems refreshing.

For 2017, the god of wind gets a windswept topless variant, and it’s not just a quick haircut job done on the original car. Here are seven things to know about the Huayra Roadster.

7. It Has Huarya BC Bones
The Huarya BC is the even-more-extreme variant of Pagani’s 2015 design, and the roadster borrows heavily from its design. Its transmission is 40 percent lighter than a “standard” Huarya, if there is such a thing. Other components, like the removable carbon fiber roof and aluminum alloy wheels, emphasize weight savings, too. 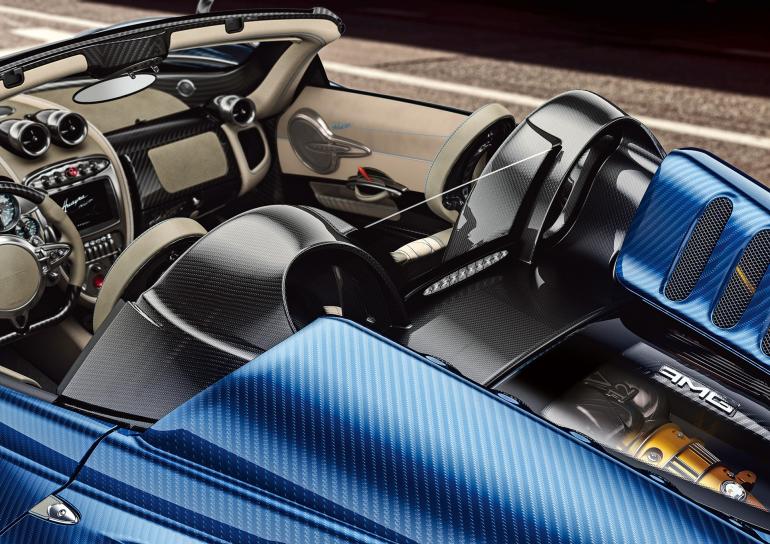 6. It Has More Power
Because not just any AMG V12 will do, the absolutely herculean 6.0-liter atmospheric V12 employed across the Pagani line has arrived to the party with a new outfit. This time, it’s delivering 764 horsepower and 740 ft. lbs. of torque. Expect a 0-60 time of well below 3 seconds. 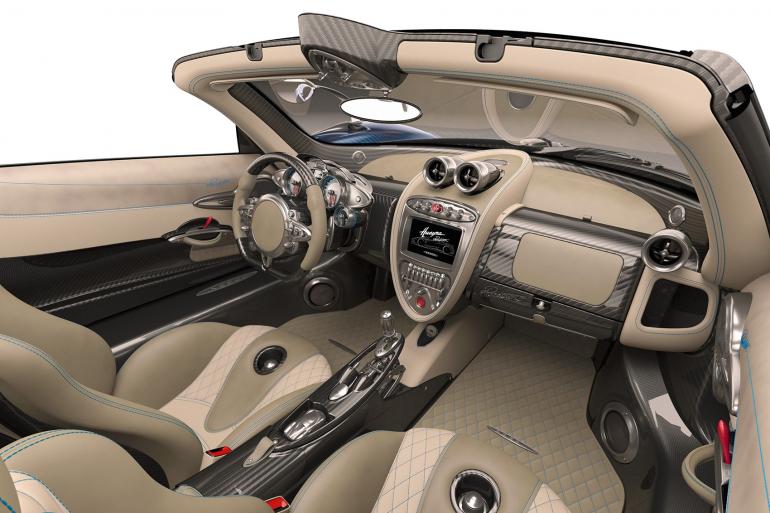 5. It Costs a Whole Lot
The asking price is 2.4 million. For that kind of money, you could buy six Toyota 86s, boost them and go racing, and they’re relatively exclusive. Toyota’s only making 8600. But then… 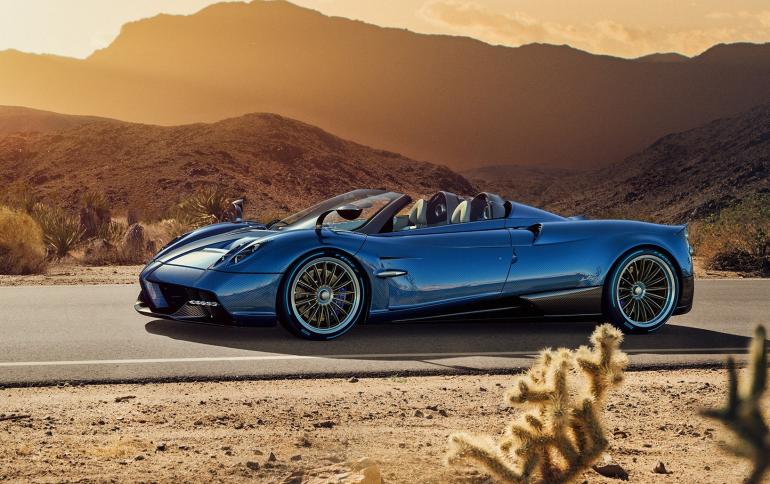 4. It’s One of 100
Like the earlier variants of the Huayra, Pagani is guaranteeing exclusivity. The adage: “think of how many you can sell and build one less,” is not in place here. You can’t trade your first born for one. Or a rib. You’ve just got to be really special and probably a buddy of Horatio’s. 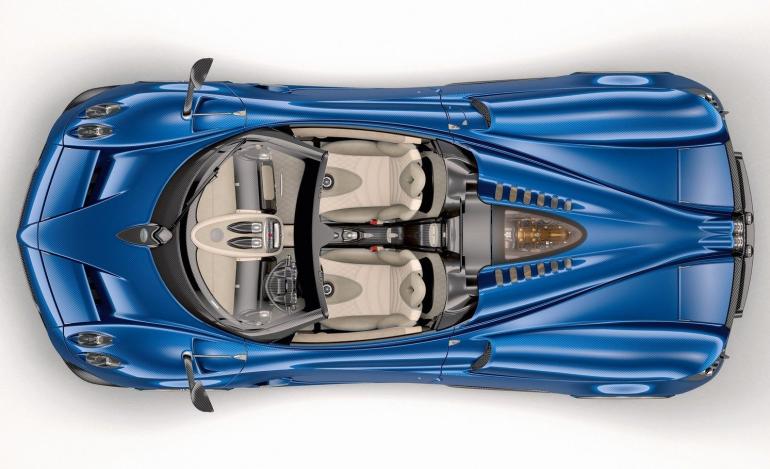 3. It Weighs Less Than the Coupé
Typically, soft-top variants of cars weigh more than their coupé variants. The extra weight comes from the roof mechanism and reinforcement needed to keep the chassis stiff under cornering forces. Thanks to its Huarya BC transfusion, the roadster achieves both feats at a staggeringly light 2,822 lbs. Imagine your Mini Cooper with rear-wheel drive and a 764 horsepower AMG V12. 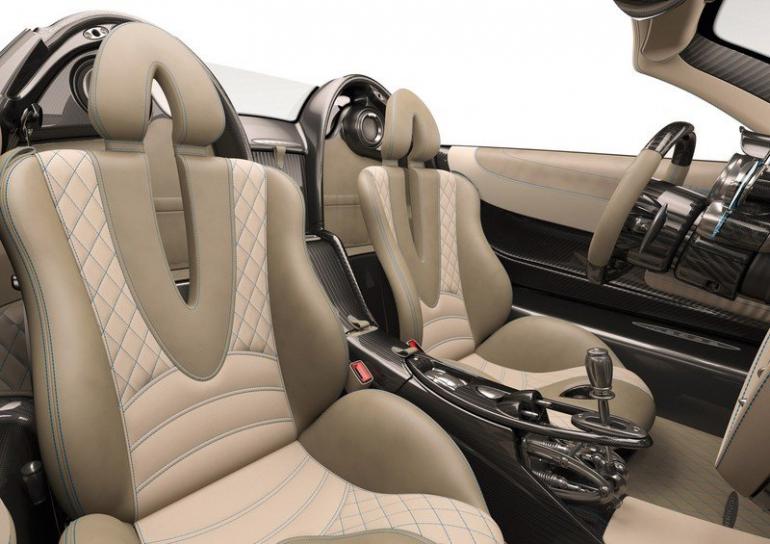 2. Choose Any Interior Color, as Long as It’s Beige
With looks like this, beige leather is anything but boring. Plus, it’s sure to be finished in typical Pagani fashion. If you’ve never seen a Pagani interior, it’s like the elves from The Lord of the Rings discovered hot rods and forged a car from a single piece of Unobtanium. You get blue stitching, too, by the way. 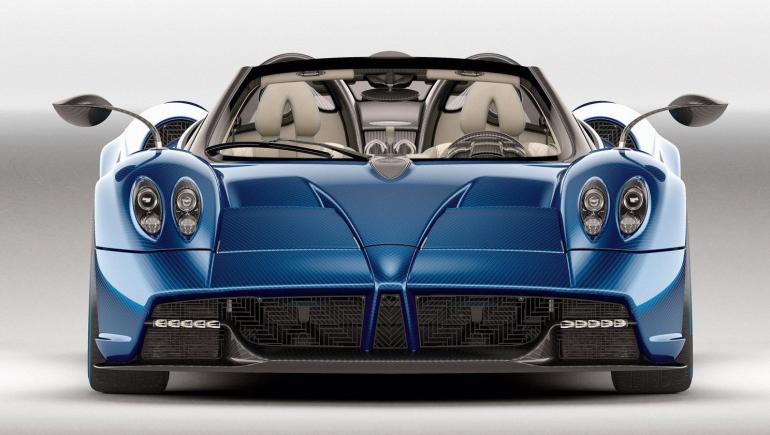 1. It’s a Second Attempt
Pagani had plans to deliver a topless variant of the Huarya much closer to the original car’s debut. The original designs were scrapped, however. After making its initial debut at the Geneva Motor Show, the automotive world is surely grateful for Horatio’s patience. This is the Huarya in its ultimate form, sans roof.
If you’re in the market for an ultra-exclusive Italian 2-seater, well, consider a Ferrari Superfast — all 100 of these are already spoken for.
Honestly, there’s no reason to even pay attention to the Huarya Roadster if you’re not on a Forbes list, but to ignore such a beautiful thing seems a sin. Unless you’re a car thief or the pope. Hey, Horatio, can the pope get a Huayra? He promises not to challenge its godliness.