Getting your luxury car customized with the most exclusive materials has never been this easy. Just about all high-end automakers have their own personalization departments that would build you a bespoke car of your dreams, provided the requested modifications are perfectly legal. For everything else, you’ll always find shady customization shops that’ll be more than willing to do things outside the rule book. However, illegal mods always run the risk of getting penalized. A Rolls-Royce recently seized in Italy by the country’s customs department is a case in point. As reported by RIA Novosti, the Rolls-Royce Phantom was imported from Russia by its owner and was on its way to a Rome-based dealership of exotic cars to be resold in Italy. However, it was confiscated after the Italian customs found out that the luxury sedan’s cabin was upholstered with crocodile leather. 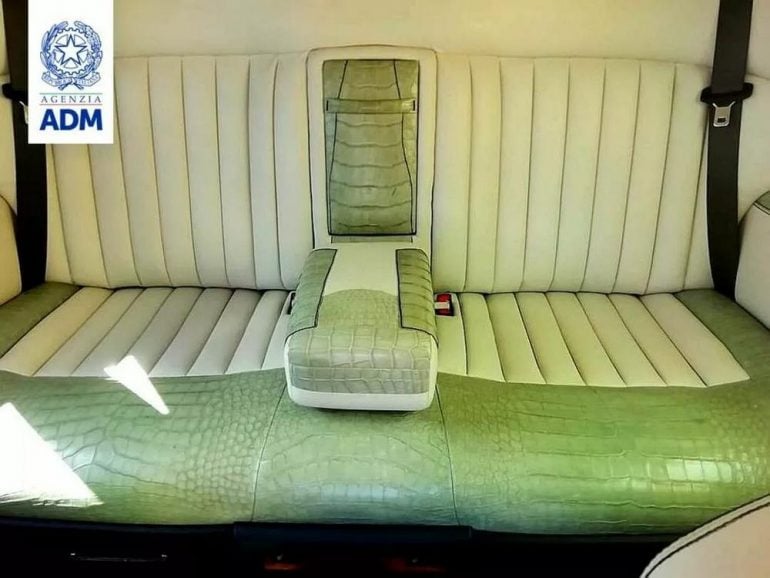 Crocodile is listed as a species protected under the Washington Convention on International Trade in Endangered Species of Wild Fauna and Flora (CITES). The multilateral treaty that came into effect in 1975 was drafted to protect endangered plants and animals and it prohibits commercial use of skin and fur of those animals. Goods made of crocodile and alligator leather require a clearance certificate from CITES to be legally procured and sold in all the 160 countries that are considered parties to the agreement and Italy is one of them. It turns out, the Rolls-Royce didn’t have legal clearances for its crocodile leather interior. Currently, the matter is in court and is awaiting a decision, which might include the removal of the upholstery and heavy fines. We don’t have verifiable information on the Rolls-Royce or its owner, but the pictures posted by the Italian customs agency on its official Instagram handle suggest that it’s a previous-generation Rolls-Royce Phantom with a pearl white exterior. 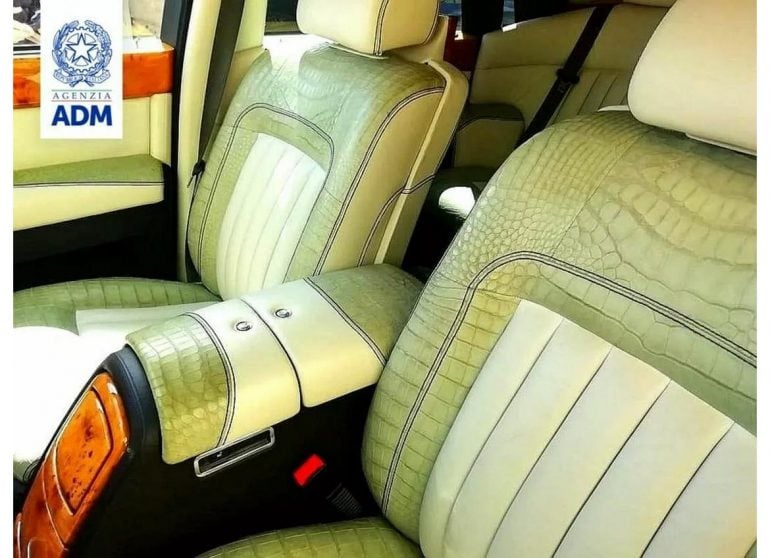